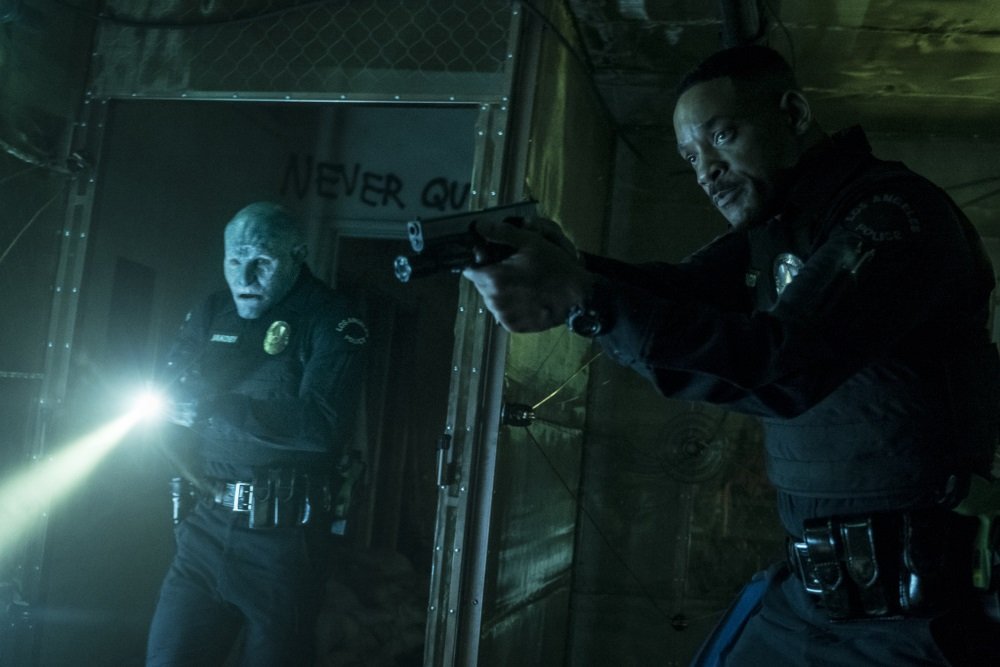 Here’s a long-range teaser for Netflix. Bright isn’t coming out until December 2017 but Netflix is letting everyone know that it has won the bidding war. It is investing $90 million in the film starring Will Smith as a human cop in a world shared with  orcs, elves and fairies, and other mythical creatures.

The R-rated fantasy-meets-cop-drama is directed by David Ayer from an original script by Max Landis and co-stars Joel Edgerton (as an Orc), Noomi Repace, Edgar Ramírez, Ike Barinholtz and Kenneth Choi

No word on whether Netflix plans on a theatrical release as well, either in advance or same day as streaming, but it will be interesting to see how Netflix goes forward with its increased investments in ambitious original features, especially with its deal for the Martin Scorsese’s upcoming The Irishman with Robert De Niro, Al Pacino, Joe Pesci, and Harvey Keitel. There’s a film you’ll want to see on the big screen.