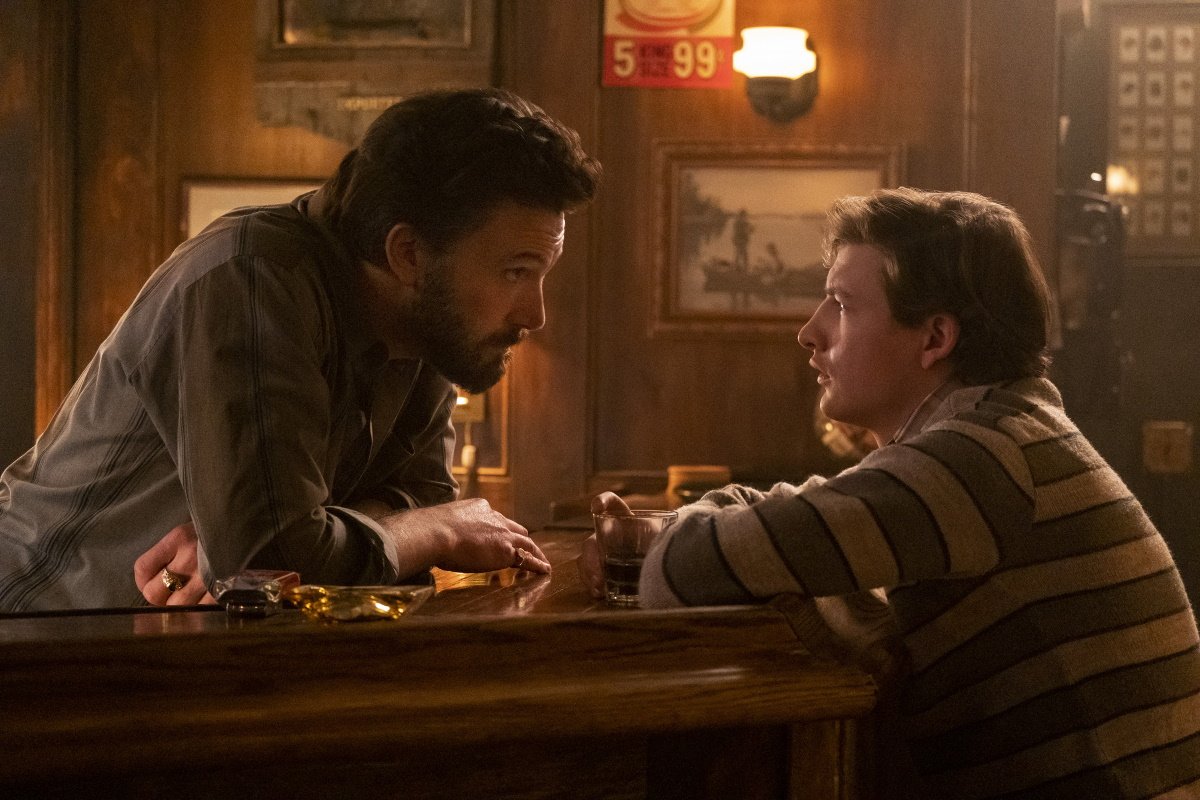 George Clooney directs “The Tender Bar“ (2021), a coming of age drama starring Tye Sheridan as a boy raised by a struggling single mother (Lily Rabe) who is forced to move back into her family home. Ben Affleck gives a standout performance as his uncle, a bartender and surrogate father who offers life lessons and inspires the boy’s love of literature. Christopher Lloyd and Max Martini star in the gentle drama adapted from J.R. Moehringer’s memoir by Oscar-winning screenwriter William Monahan. (Amazon Prime Video)

An American fund manager in London (Danielle Macdonald) quits her job to follow her dream of becoming an opera singer in “Falling for Figaro“ (2021, not rated). Her journey takes her to an opera diva (Joanna Lumley) in the Scottish Highlands, where she clashes with a rival pupil (Hugh Skinner) meets a whole village full of eccentrics. Ben Lewin directs this romantic comedy. (Hulu)

The anthology film “The Year of the Everlasting Storm“ (2021, not rated, with subtitles) looks at life in the pandemic through short films from seven international directors, among them David Lowery (“The Green Knight”), Oscar-winner Laura Poitras (“Citizenfour”), and Cannes winners Jafar Panahi (“3 Faces”) and Apichatpong Weerasethakul (“Memoria”). (Hulu)

A number of broadcast TV shows debut this week. You can stream the historical drama “Women of the Movement“ (TV-MA), about key women in the Civil Rights movement, and the action drama “The Cleaning Lady“ (TV-14) with Elodie Yung on Hulu, along with the unscripted comedy “Judge Steve Harvey“ (not rated) and the reality show reboot “Joe Millionaire: For Richer or Poorer“ (not rated). Episodes available a day after their respective network showings. (Hulu)

Classic picks: Humphrey Bogart and Ingrid Bergman will always have Paris in “Casablanca“ (1942), one of the most beloved romantic dramas of all time. It returns to the HBO Max catalog this month along with dozens of classics, among them the original “King Kong“ (1933) with its groundbreaking special effects and the musical “Singin’ in the Rain“ (1952) with Gene Kelly and Debbie Reynolds. (HBO Max)

Kristin Stewart is Princess Diana in “Spencer“ (2021, R), Pablo Larrain’s intimate drama set over a troubled Christmas weekend as she suffers under the constant watch and criticism of the Royal Family. She delivers a quietly powerful performance in a film that explores her emotional and mental turmoil. Also on DVD and at Redbox.

The reality show “Hype House: Season 1“ (TV-14) brings viewers into the lavish home shared by some of the world’s biggest social media stars.

International passport: the romantic comedy “Four to Dinner“ (Italy, 2022, TV-MA, with subtitles) looks at two possible futures when four singles meet. Also new: an evil force that feeds on fear terrorizes a child and his tormented mother in the horror film “The Wasteland“ (Spain, 2021, TV-MA, with subtitles).

International TV: “Rebelde: Season 1“ (Mexico, TV-MA, with subtitles) is a teen musical drama set in an elite school for the arts. Also new is the foodie series “Hanwoo Rhapsody: Season 1“ (South Korea, TV-PG, with subtitles), which explores the history and traditions of Korean beef.

George Clooney stars as father in paradise forced to reevaluate what being a father really means in “The Descendants“ (2011, R). Also new this week are:

Dozens of DCU animated features, originally made for VOD and disc, are streaming for the New Year. Among the highlights are “Justice League: The New Frontier“ (2008, PG), based on the revisionist comic book miniseries by Darwyn Cooke;

Classic picks: not to leave it as an afterthought, but some of the greatest and most beloved classics of all time are back in the streaming catalog. “Citizen Kane“ (1941) has been hailed as the greatest American movie ever made in numerous critics polls. Other highlights include:

A rookie cop from France partners with a local in “Iskander: Season 1“ (France, with subtitles), a crime thriller set in French Guiana. The second season begins streaming next week.