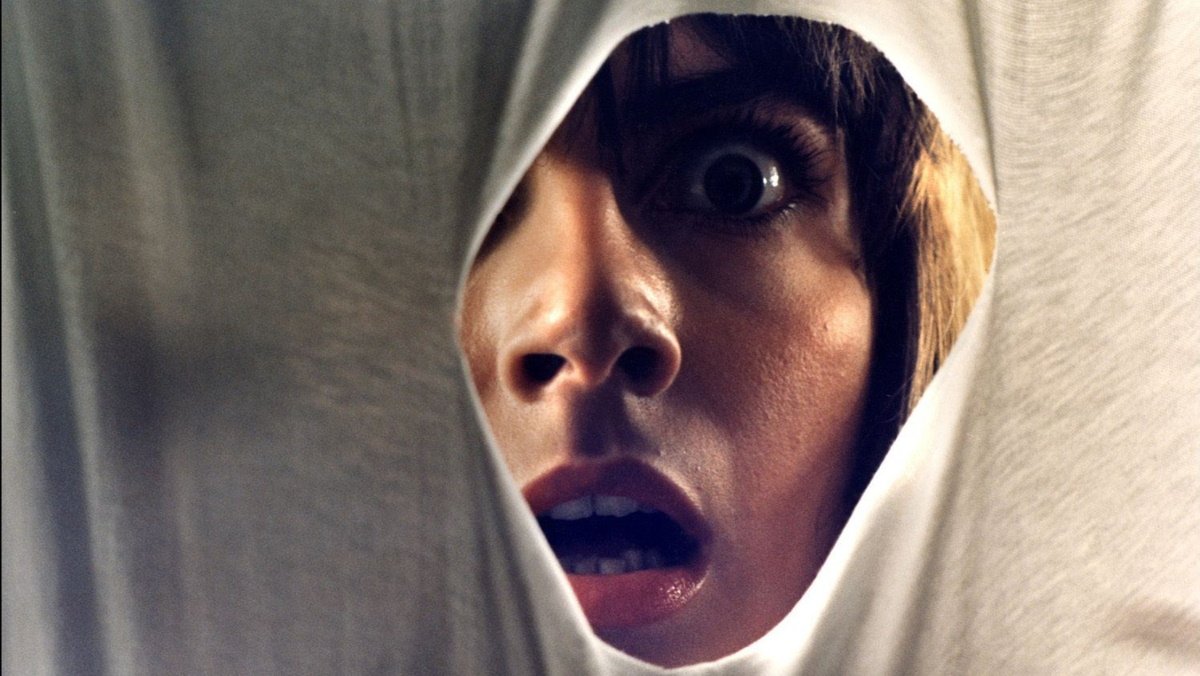 Tenebrae (Italy, 1982) was Dario Argento’s return to the classic giallo after his excursions into supernatural horror with Suspiria (1977) and Inferno (1980).

Anthony Franciosa stars as Peter Neal, a best-selling thriller novelist whose promotional tour in Italy takes a terrible turn when a mysterious killer recreates the brutal murders from his book with real life victims. At first the killer targets so-called “deviants,” then Neal’s own friends, and finally promises that the author himself is next on the list, which prompts the author to turn detective.

Columbo it ain’t, but Argento has always been more concerned with style than story and his execution of the crimes is pure cinematic bravura. From the simple beauty of a straight-razor shattering a light bulb as the camera catches the red hot filament slowly black out to an ambitious crane shot that creeps up and over the sides of a house under siege in a voyeuristic survey that would make Hitchcock proud, Argento turns the art of murder into stylish spectacle. He even lets his kinkier side show with flashbacks of an adolescent boy and a teasing dominatrix in red stiletto heels, which come back as a key motif of the film.

There’s something creepy about Argento’s fascination with the slicing and dicing big eyed, scantily clad Italian beauties, which he addresses with self-deprecating humor in a scene where Neal is taken to task for the misogynist violence of his stories, but his cinematic command of color and movement and point of view gives it a perverse beauty and he knows how pull a cinematic surprise.

Add to My List on Shudder or find it on AMC+

Also on Blu-ray and DVD and on SVOD through Amazon Video, iTunes, GooglePlay, Vudu and/or other services. Availability may vary by service.
Tenebrae [Blu-ray]
Tenebrae [DVD]

On Blu-ray and DVD. The Blu-ray from Synapse presents the original Italian cut newly remastered from the original camera negative and the color is glorious. New to this edition is commentary by Argento expert Maitland McDonagh and the 90-minute documentary Yellow Fever: The Rise and Fall of Giallo from Calum Waddell, which chronicles the development of the genre from its roots in early 20th century crime fiction and its influence on the modern slasher film. Rare English-language sequence insert shots are mastered in HD and playable within the film via Seamless Branching, and the disc include the American credits sequence (retitled Unsane in its original American release).