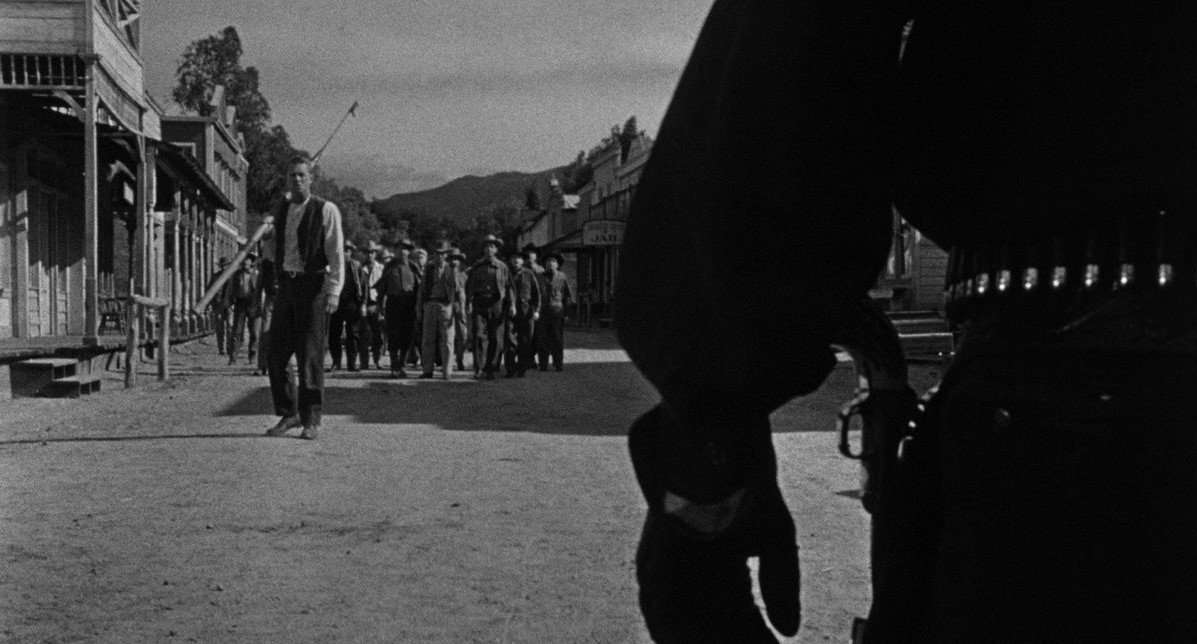 Terror in a Texas Town (1958) ranks among the oddest westerns made during the classic Hollywood era.

Sterling Hayden stars as George Hansen, a Swedish whaler who comes to the American west (still carrying his trusty harpoon) to join his homesteader father, only to find that he’s been murdered by a psychotic young, one-armed gunman (Ned Young) in the employ of an oil baron (Sebastian Cabot). Hansen bonds with his Mexican-American neighbors, fellow outsiders who have been intimidated into silence about the murder.

Though not an overtly political film, it pits the outsiders against the corrupt and powerful and in a sly way challenges the blacklist, which had blackballed hundreds of actors, writers, directors, and other Hollywood professionals from the industry for their past political associations. Screenwriter Ben L. Perry was actually a front for blacklisted screenwriter Dalton Trumbo and Ned Young (who was also a screenwriter) had also been blacklisted (both, incidentally, won Oscars while writing under fronts).

It was the final feature film for cult director Joseph H. Lewis (Gun Crazy), who began his career making B-movie westerns and earned the nickname “Wagon-Wheel Joe” for his dynamic visual compositions (including shooting through wagon wheels). Working on a budget just barely above his early B-movie projects, he gives it noir-ish flavor and a dynamic style, with long takes and ominous shots with objects looming in the extreme foreground.

It is a minor but interesting cult western with a memorable showdown that puts a unique twist on the gunfight on the dusty frontier street. How can you go wrong with a western that opens on a dusty main-street showdown between a one-armed American gunslinger and a harpoon-brandishing Swede, and then delivers on the promise of that prologue?