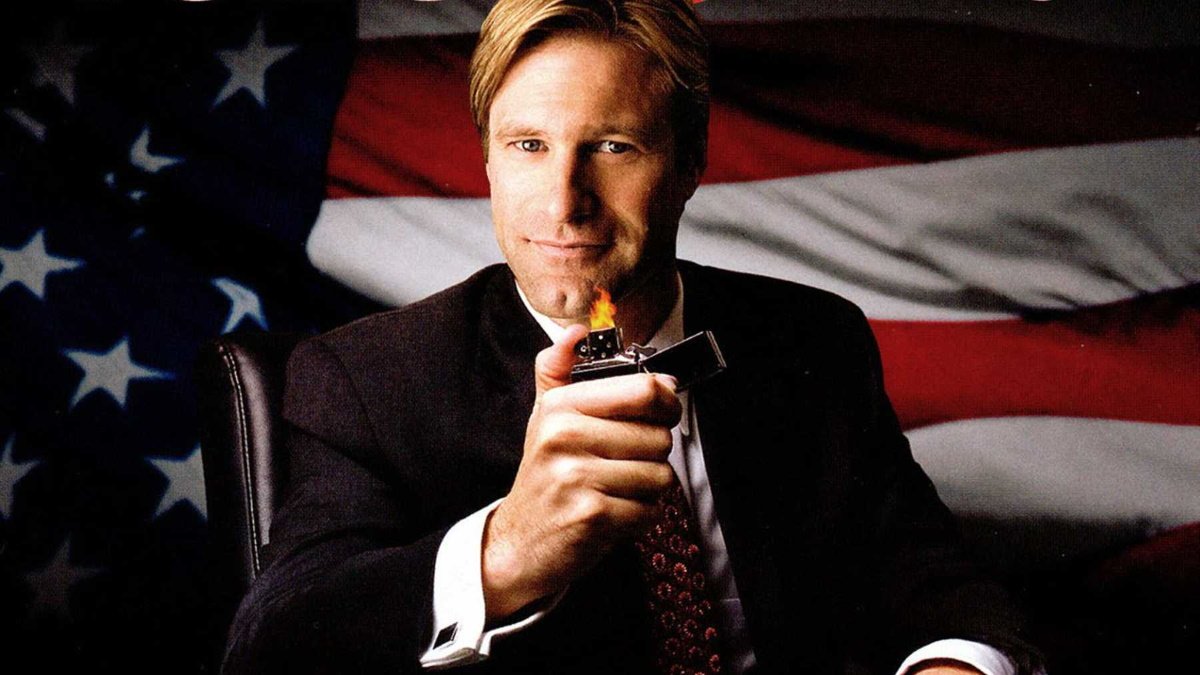 With brazen righteousness, Naylor zealously defends the right of “defenseless” corporate giants’ to market products that, when used as directed, will likely kill their clientele. His nemesis is a social nanny of an anti-tobacco Senator (William H. Macy), an amateur in the art spin compared to spinmaster Naylor.

It’s hard not to admire the sheer gall of his medicine show patter and con man guile. Under his chummy but compassionless smile, Eckhart radiates charm and Naylor’s true joys: manipulating arguments, steering debate, cooking words. As he explains to his enamored son (Cameron Bright), being a lobbyist “requires a moral flexibility that is beyond most people.” Reitman’s witty adaptation keeps the satirical jabs coming fast and furious, from an inspired assassination attempt by anti-smoking guerrillas to Naylor’s monthly meetings with the M.O.D. squad (“Merchants of Death” — he vies with fellow lobbyists over bragging rights to the biggest killer: guns, alcohol or tobacco). But it also allows Naylor to see himself reflected in his son’s eyes.

The moral of the film turns the issue of cigarettes and cancer and corporate responsibility into a cry for freedom of choice, fine on its face as long as we don’t wade into the murkier waters of big tobacco influence and its impact. It’s also a decidedly non-PC slash-and-burn satire, skewering the spin machine with such wicked wit that you can’t help but laugh at the whole perverse, corrupt culture.

, iTunes, GooglePlay, Fandango, Vudu and/or other services. Availability may vary by service.
Thank You for Smoking [DVD]