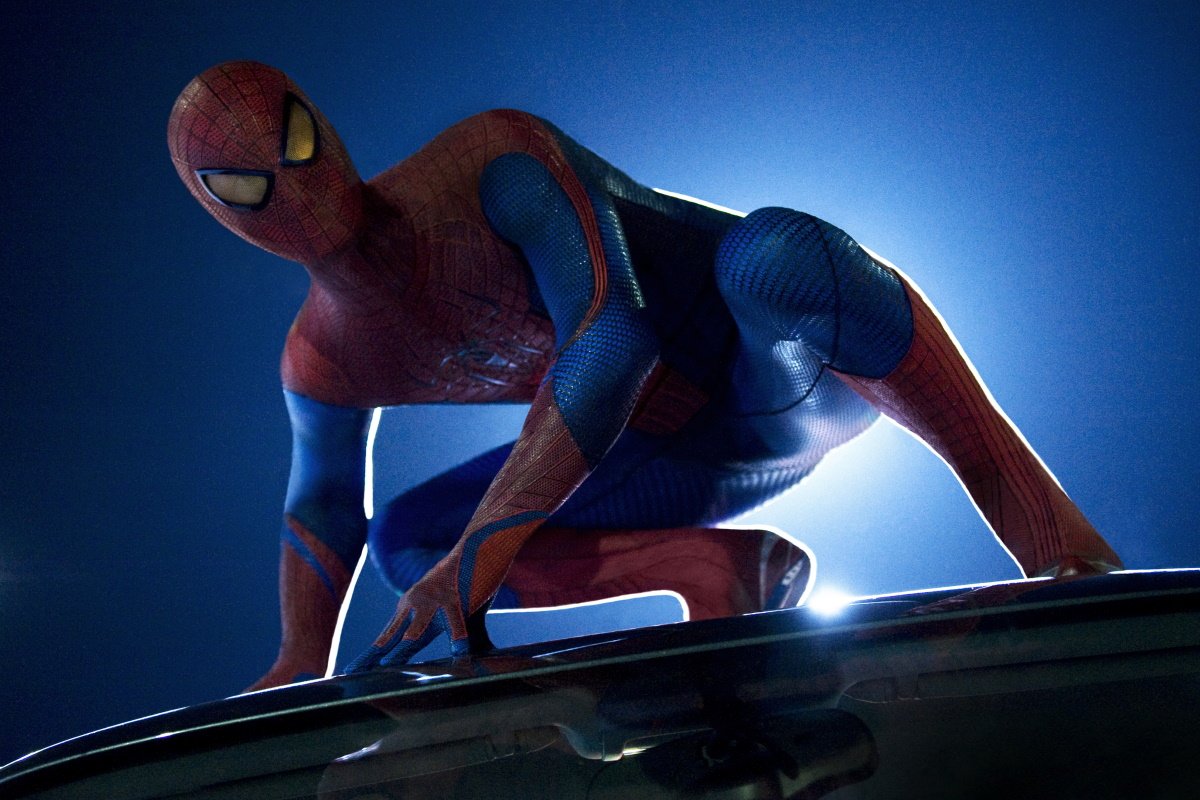 Director Marc Webb attempts to retool the whole thing with a more authentic (or at least contemporary) cliché of high school culture and the screenwriters add a conspiratorial twist to the death of Peter’s parents that leads to a potential ally, Dr. Curt Connors (Rhys Ifans), and the film’s new villain, The Lizard. (Fans of the comic book expected The Lizard to scramble out in the first series, what with Dylan Baker appearing as Connors back in Spider-Man 2, but that’s another issue.)

None of this approaches the exhilaration of the first thrilling swings through New York City or the guilt, the rush, the angst, the responsibility, the teen emotional life that Raimi brought to the first Spider-Man origin. Webb brings momentum and splash to the film without actually pulling us into the charge of Peter’s new power and tosses us into yet another showdown between plucky misfit hero and monstrous supervillain with a personal stake in the fight.

Five years after Raimi closed the original trilogy, the superhero movie had changed the big screen landscape. It was no longer enough to pretend it’s all happening for the first time in a world where superheroes don’t exist. Give Webb credit for the terrific chemistry between Garfield and Stone, but otherwise this rehash that added nothing new to what was becoming a familiar formula.

Denis Leary costars as Gwen’s father, Martin Sheen and Sally Field as Uncle Ben and Aunt May in this take, and Campbell Scott, Embeth Davidtz, and Irrfan Khan costar.

On Blu-ray, Blu-ray 3D, and DVD, all with perfectly adequate commentary by director Marc Webb and producers Avi Arad and Matt Tolmach, explaining themselves and their approach without offering anything particularly revealing or surprising, plus 11 deleted scenes, footage from the stunt rehearsals, and a gallery of production art labeled “The Oscorp Archives.”

The Blu-ray edition offers the 109-minute documentary “Rite of Passage: The Amazing Spider-Man Reborn,” a detailed tour through the production of the film, from conception to release, with plenty of behind-the-scenes footage and interviews, plus pre-visualization sequence and progression reels, which chart the development of the special effects. It’s the kind of thing almost every tentpole spectacle gets nowadays and it’s as good — and as inconsequential — as any of them.