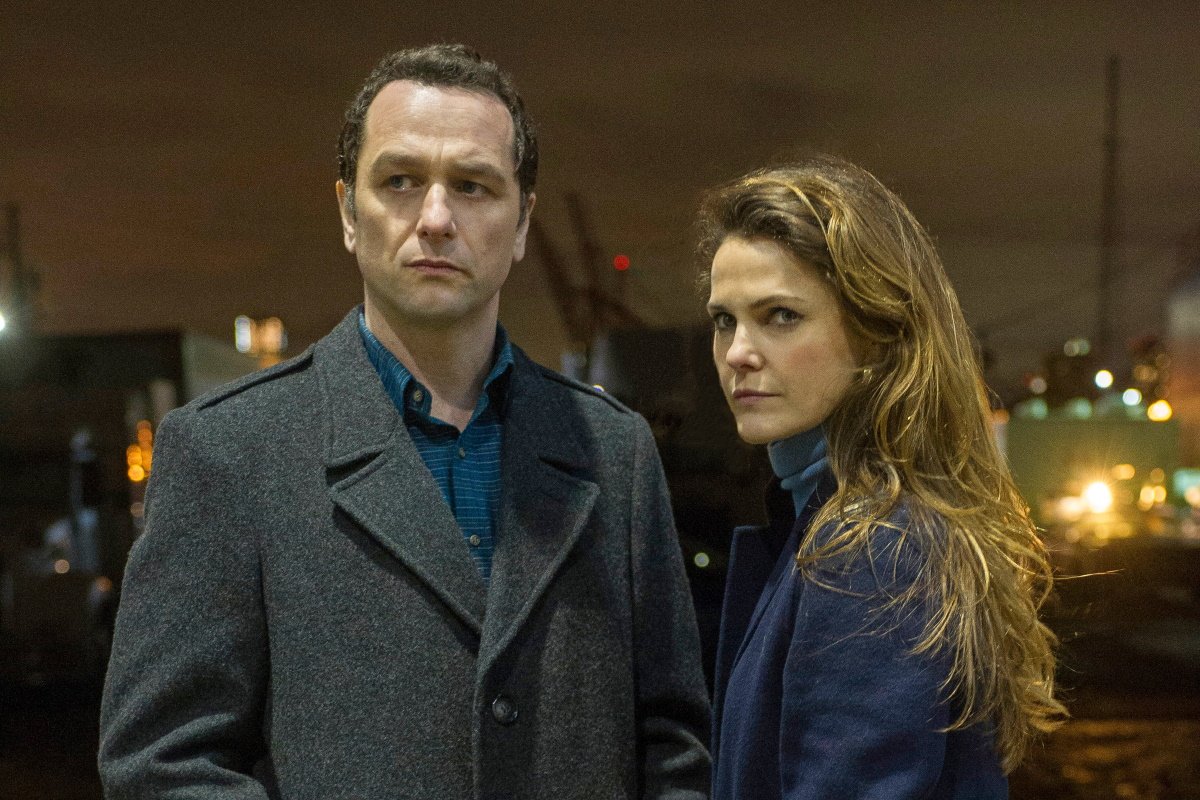 The Americans: Complete Series (2013-2018) may sound gimmicky—Keri Russell and Matthew Rhys play Elizabeth and Philip Jennings, deep-cover Soviet agents living as typical American suburban parents in Reagan’s America of the early 1980s—but like The Sopranos and Breaking Bad and Mad Men  before it, the FX original series uses the era and the tension between appearance and reality to create a character study and a cultural portrait, in this case a fascinating domestic drama inside an espionage thriller.

Essentially assigned to an arranged marriage in the name of Mother Russia, Elizabeth and Phillip have a long-term professional partnership under the guise of a loving relationship and all those years in America has given them ideas that perhaps they would like to pursue their own happiness. In contrast to their issues, their new neighbor Stan Beeman (Noah Emmerich) is an FBI agent on the trail of a Russian spy network, an all-American guy so tangled up in his job that he’s losing touch with his wife and family. Sure, he has no idea that this suburban couple is his target, but that’s the least of the show’s ironies, and Stan is fascinatingly flawed as the dedicated patriot failing his own family.

Russell is both ruthless and vulnerable as Elizabeth, ferocious on the job and protective as a mother, and Rhys is warmer as the partner who likes living in the USA. If her commitment is to a Soviet ideal and a faraway home, his is to wife and children, Paige (Holly Taylor) and Henry (Keidrich Sellati), which gets complicated when his job calls for seducing a target.

Personal desires aside, their biggest conflict is their dream for their kids. While Elizabeth and Phillip may be dedicated to spying on America for their Russian homeland, they want to give their American-born children a future that only the United States can offer. The contradiction isn’t lost on them even as they steal secrets and blackmail American agents. The contradiction isn’t lost us that we actually root for the Russkies to prevail.

Margo Martindale earned an Emmy nomination for playing their handler, a ruthless piece of work behind a pose of homespun maternalism (another take on her backwoods mafia matriarch of Justified) and Richard Thomas is Emmerich’s boss at the FBI

Where the first season charts the challenges of maintaining that front (where does assignment end and love begin in an arranged marriage?), the second season focuses on their efforts to protect their children from their work after fellow operatives are murdered—along with two of their three children—during an assignment, and on Elizabeth’s conflicts with a daughter who starts attending church. She’s a zealot for the communist cause and the irony of her fears of religious indoctrination are not lost on us as she blindly serves a government that represses its citizens and jails dissidents in the name of the Soviet ideal.

The KGB’s plan all along has been to raise a generation of deep cover agents and season three brings orders from Moscow to Moscow orders them to bring their teenage daughter Paige into the family business as a genuine American-born spy. Needless to say, it is a shock to Paige, who is active in the church and believes passionately in Christian service, and it takes a toll on her. The season also brings Frank Langella in as their new Soviet contact and introduces Julia Garner as the rebellious daughter of an American diplomat. Garner went on to win two Emmy Awards for Ozark.

As the show continues, Elizabeth becomes more ruthless in her commitment to the cause while Philip become tormented by the lives he destroys in the name of an ideal he’s not sure he still believes in. By the final season, they are forced to make hard choices about their allegiances when Soviet President Mikhail Gorbachev makes overtures to end the Cold War and the KGB plots a coup, and about the future of their family as the FBI closes in on their identities. This final season is more complex than similar shows about anti-heroes such as The Sopranos and Breaking Bad in that they face the consequences of their allegiances as they discover the lies behind the Soviet myth they’ve upheld all these years. What may appear anti-climactic on the surface is wrought with sacrifice and betrayal in the name of patriotism and the audience is in the position of rooting for enemies of America to escape justice as Soviet spies. It’s a superb conclusion to one of the greatest American shows of the 21st century.

The intricate missions and the show’s attention to eighties spycraft technology gives it the genre charge but the ultimately the espionage thriller is a crucible to explore marriage, parenthood, patriotism, personal responsibility, and toll of a hiding one’s true identity behind a façade of middle-class normality. The roiling emotional drama of love, resentment, suspicion, jealousy, trust, and conflicting commitment gives it the spark.

It won four Emmy Awards over its six season run, including one for actor Matthew Rhys and for writing in its final season.

Also on DVD and on SVOD through Amazon Video, iTunes, GooglePlay, Vudu and/or other services. Availability may vary by service.
The Americans: The Complete Series [DVD]
The Americans: Season 1 [Blu-ray]

The complete series is on DVD but only Season 1 was released on Blu-ray. The seasons are presented with commentary on select episodes and deleted scenes, and the final season includes “Inside Looks” featurettes for each episode.