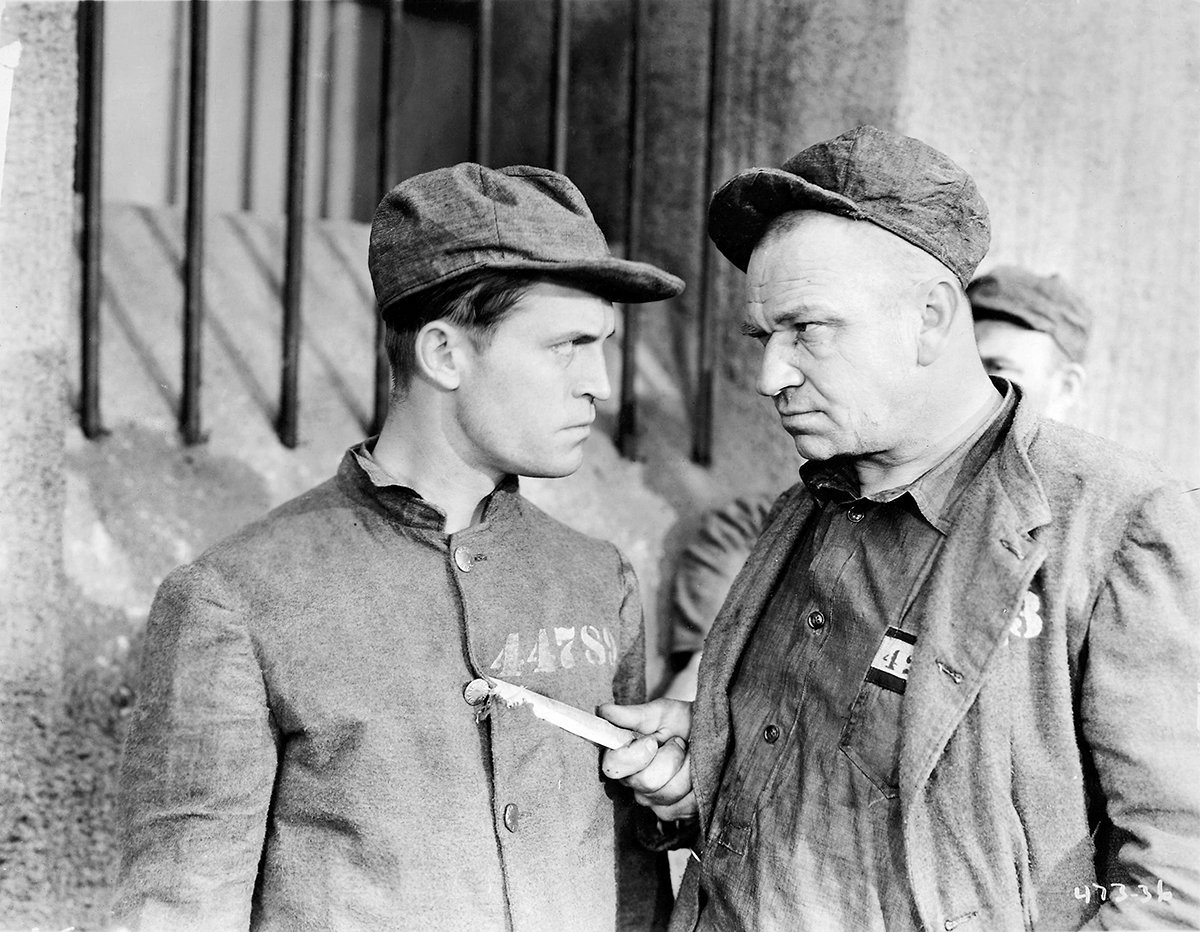 The 1930 The Big House, directed by George Hill from a script by France Marion, is the original men-in-prison drama in terms of the way it established the conventions.

There’s the pecking order of tough guys behind bars, the culture of loyalty, the sniveling snitches, the prison reform speech from the tough but committed warden (Lewis Stone, who is indeed tough), an inmate protest, a prison break and a riot. And through it all, Hill shows us the overcrowding, the regimentation of routine, and the numbing, soul-crushing oppression of the experience, from the processing of a newly-convicted prisoner (Robert Montgomery as a privileged kid completely unprepared to take care of himself here) to the predatory society within.

Chester Morris is the leading man here as Morgan, a kind of underworld aristocracy thanks to his reputation as a criminal mastermind, and he comes off as a slightly darker, tougher, and more wooden Richard Barthelmess, the square guy rolling with tough breaks. Wallace Beery is the prison-yard bully Butch, who isn’t too bright but defers to Morgan, and Montgomery is nervous and sweaty as the wide-eyed fresh meat who ignores good advice and turns snitch, illustrating the warning given by the warden in the first scene: “Prison doesn’t make you yellow, but if you are already yellow, prison brings it out.” I guess we know his predilections.

The story is basically a roll call of what will become prison movie clichés but the presentation is striking. The mess hall scene presents mealtime in purgatory, with the inmates lined up in rows and columns with regimented precision, and the image is echoed at chapel, where the prisoners file in out of duty rather than faith. Meanwhile Hill contrasts the surface of resignation to the routine with the covert dealings below the table tops as inmates pass weapons and messages out of sight of the guards. The soundtrack keeps returning to the lock-step trudge of marching feet instead of music. And the warden responds to the occupation of a cell block by prisoners with overwhelming force: he calls in the tanks!

It was nominated for Best Picture and Best Actor (Wallace Beery) and won Oscars for the sound and France Marion’s screenplay.

Originally released as a stand-alone movie on the Warner Archive line, The Big House is now part of a Triple Feature release with the French language version, directed by Paul Fejos and starring Charles Boyer as Morgan, and the Spanish language version. Both are shot on the same sets and utilize the same crowd shots, special effects, and even shot-lists and set-ups.