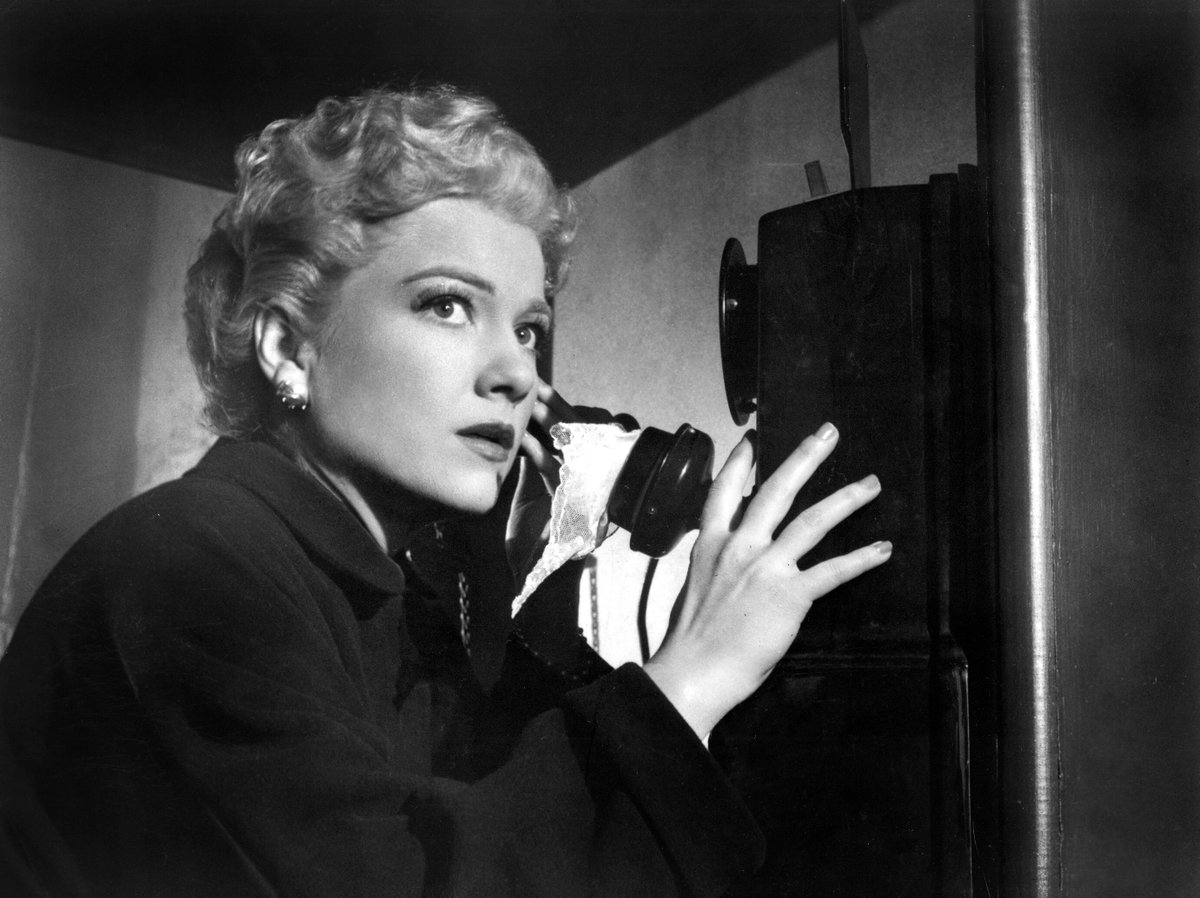 With its title inspired by the notorious Black Dahlia murder case, The Blue Gardenia (1953) throws a twist into the story by making the mystery woman not the victim but the suspect in a lurid murder case.

Anne Baxter, playing a virginal blonde with almost breathless innocence, impulsively accepts a blind date after receiving a “Dear Jane” letter from her boyfriend in Korea. Raymond Burr oozes slime as the lothario who plots his seduction with cynical calculation (“For drinks, Polynesian Pearl Divers, and don’t spare the rum!”) and naïve Baxter is easy prey, until she fights back his advances with a fireplace poker and stumbles home. Waking up the next morning with the past evening a veritable blank, she discovers herself the prime suspect in a murder case trumpeted into a sensationalistic headline story by Richard Conte’s smarmy newsman, an opportunist whose conniving promises boomerang back and knock him into perhaps his first ethical dilemma.

Fritz Lang transforms the rather conventional low budget thriller into a paranoid nightmare, his cheap sets and flat backdrops a tawdry world peopled by cynics and opportunists preying upon the guileless, and Baxter makes every guilt-ridden moment, intensified by her foggy recollections, palpable. Richard Conte’s smarmy newsman is an opportunist whose conniving promises boomerang back and knock him into perhaps his first ethical dilemma.

Like many film noir thrillers the pat conclusion seems wholly arbitrary, the product of the Hollywood happy ending machine. But then Lang’s film isn’t about the mystery but the experience of an innocent whose single, desperate transgression turns her world upside down. His low budget shows through in cheap sets and limited locations, but he achieves the seediness the tawdry tale deserves.

Also on DVD and on SVOD through Amazon Video, iTunes, GooglePlay, Fandango, Vudu and/or other services. Availability may vary by service.
The Blue Gardenia [DVD]