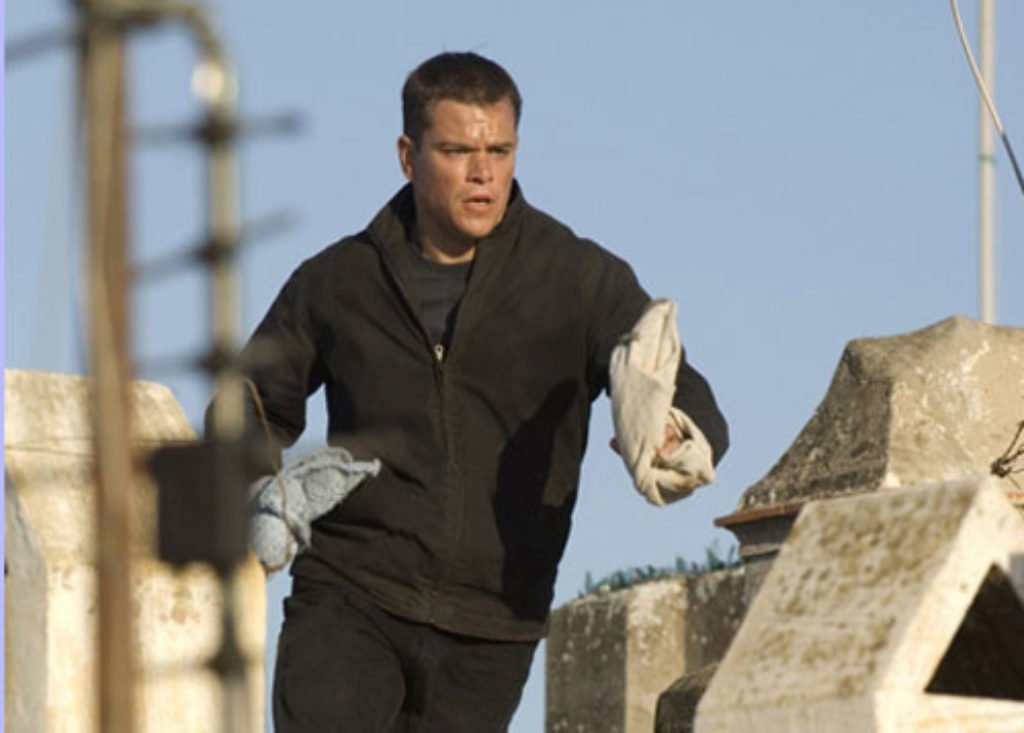 Matt Damon returns in the “Bourne” franchise in The Bourne Ultimatum (2007), playing the great anti-Bond of Hollywood action cinema for his third and final time.

Jason Bourne is a former covert assassin essentially programmed by the CIA to be an emotionless killing machine, and he’s determined to reclaim his identity and his humanity. His search for his stolen past takes him back to the heart of the Company, much to the panic of the man (David Strathairn) behind the illegal program that created Bourne.

Damon is perfect in the role, clicking into the cold, calculating professional with a snap, letting nothing show in his face until the danger has passed and the man under the training reasserts himself. Paul Greengrass, who also directed The Bourne Supremacy, continues his rough and ready style of choreographing complex action scenes on location and throwing the audience into the middle of the chaos with a handheld camera that whips and searches and follows the action as if the cameraman was catching it all on the fly.

Joan Allen and Julia Stiles are also back, Scott Glenn plays the shady new CIA director, Paddy Considine is a British journalist tracking a story that leads to Bourne, and the great Albert Finney co-stars.

, iTunes, GooglePlay, Fandango, Vudu and/or other services. Availability may vary by service.
The Bourne Ultimatum [Blu-ray]

Director Paul Greengrass jumps into his commentary without preamble, just as he jumps into the film, and then he backs out to talk, thoughtfully but directly, about his dramatic and cinematic choices scene by scene. “Man on the Move: Jason Bourne” is a half-hour behind-the-scenes featurette on the five location shoots in Europe and the U.S. and the 10-minute “New York Chase” shows the creation of the climactic street chase. Brief featurettes also cover the stunt training for the chase (“Driving School”), the “Rooftop Pursuit” in Algiers, and the choreography for the hand-to-hand close quarter combat (“Planning the Punches”) that follows the chase. The 12 minutes of deleted scenes feature a character played by Denis Lavant (one of my favorite French actors) who was cut completely from the film.