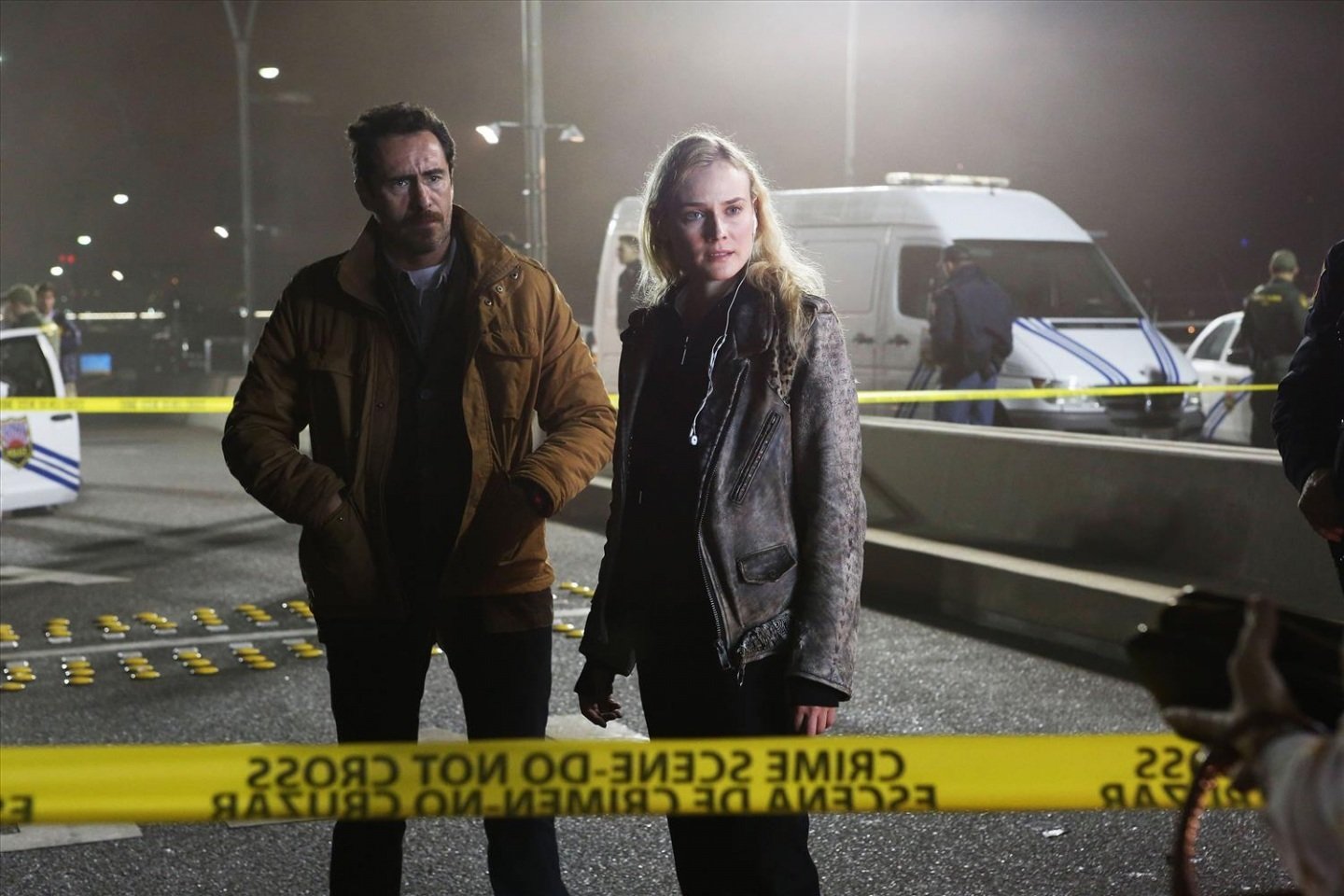 The U.S. has a long and complicated history of remaking foreign shows. There are a lot of failures, to be sure, but also a lot of success stories. The Bridge is one of the more natural imports.

The original show, a dark murder mystery procedural from Denmark, throws a cross-border complication into a case where the victim is found lying across the borderline on a bridge between Sweden and Denmark, just the first of many twists. The American reworking drops the premise into the border crossing between El Paso and Juarez, the Mexican side being the murder capital of cartel-dominated territories along the border, and comes ready-made with political, social, cultural, and personal issues to complicate the investigation of what first appears to be the murder of an American judge with an anti-immigration record but turns out to be part of a serial killing spree.

The volatile culture of the setting enriches the procedural but it’s the partnership of American homicide detective Sonya Cross (Diane Kruger), an obsessive, brilliant, by-the-book cop with borderline Asperger’s symptoms, and Chihuahua State Police detective Marco Ruiz (Demian Bichir), a moral cop in an amoral system who latches on to this cross-jurisdictional case because it may allow him to do real police work unencumbered by corrupt bosses, that defines the show. They are a great team, with his ability to charm, cajole, and put people at ease (teaching her a thing or two about the human side of the job) and her genius putting together disparate clues into a pattern that eludes everyone else.

The show isn’t always successful but it is intelligent and ambitious. I appreciate how the show doesn’t keep playing games with the identity of the killer and even solves the case before the season is over. As we get pulled into the characters and the tension between the cultures on either side of the border crossing, it reminds us that there is far more wrong here than a serial killer targeting a few victims and leaving the clues out for the detectives. There are hundreds of murders and missing women on the Mexican side that Americans never confront because that problem belongs to another country. Except that the relationship between the territories is much more complex than that and the series explores the way the cultures and economies and criminal enterprises are intertwined. Ted Levine, one of my favorite character actors, plays Sonya’s protective commanding officer, Annabeth Gish is the widow of a landowner who discovers her husband’s underworld activities after his death, Matthew Lillard and Emily Rios are reporters, and Catalina Sandino Moreno is Marco’s wife, who plays a more central role in the story as it unfolds.

The second (and final) season expands its web of stories and its cast of players as Marco goes after the brutal Juarez drug lord Fausto (Ramón Franco) and Sonya investigates a murder that leads back to an assassin (Franka Potente) in Fausto’s operation guarding Fausto’s financial ties in the U.S. Also returning from the first season are El Paso reporters Rios and Lillard, now on the trail of Fausto’s drug smuggling operation. It’s ambitious and serious and quite grim, but it never received the critical raves or popular following of other cable crime dramas and was cancelled after this season.

The first three episodes are free to all, the rest of the 26-episode series available to subscribers only. Features limited commercial breaks.

See it on Hulu here.

This is a good time to remind you that The Bridge: Season One (Denmark, the original Scandinavian series, is also now available. The show opens with a murder victim found in the middle of a bridge between Sweden and Denmark, but that’s only the beginning of the complications. Police from both countries discover that it’s actually two bodies cut in half and stitched together into a single corpse, and have to work together across borders. 20 episodes, all in Swedish and Danish with English subtitles, all of them available to non-subscribers.

See it on Hulu here.