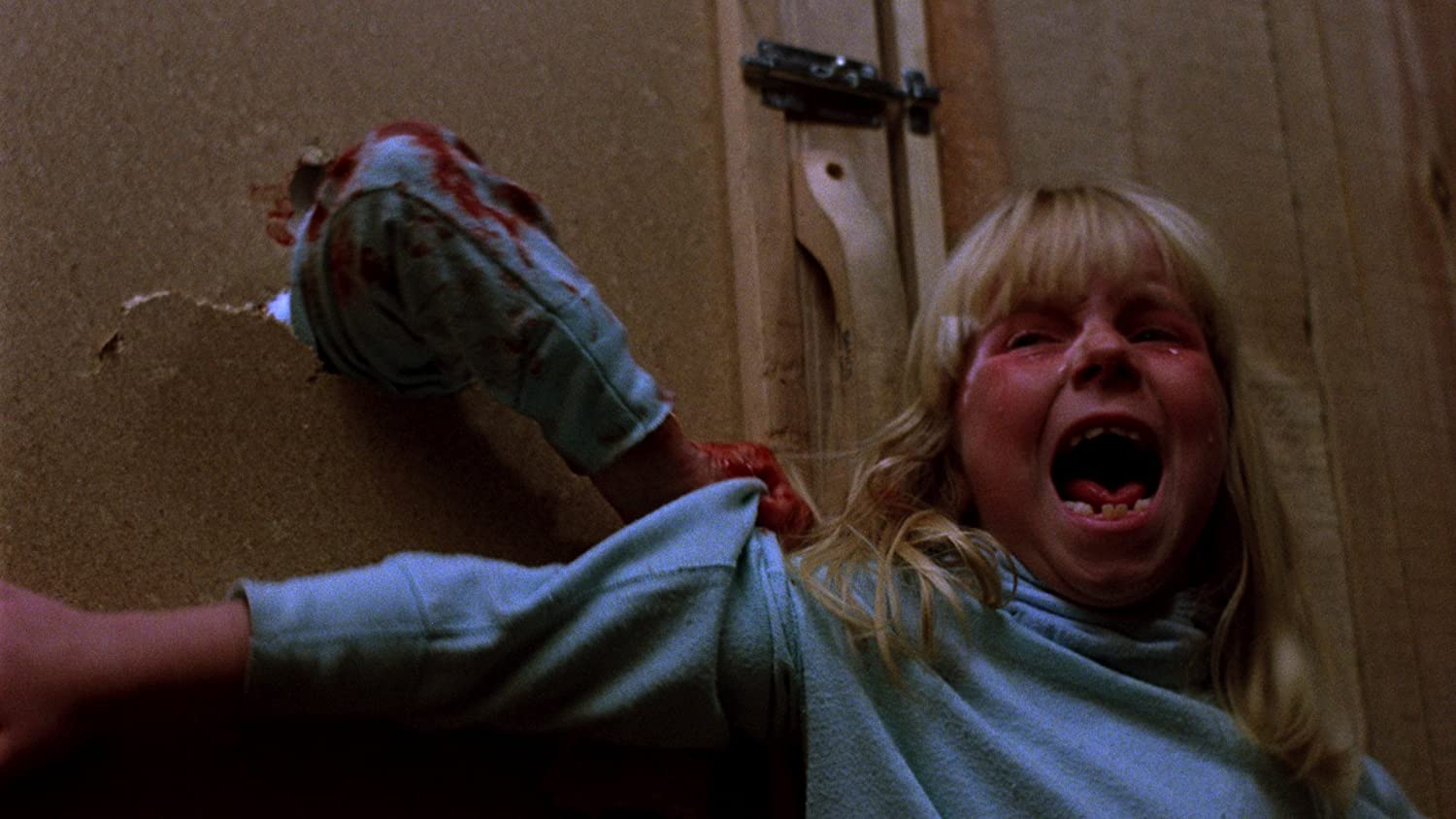 David Cronenberg explores the shape of rage in The Brood (1979), his third feature to imagine the evolution of the human species as a produce of the effects of technology, disease, addiction, and mutation on the human body.

This one takes on the power of the psyche to transform the physical. Experimental psychologist Dr. Hal Raglan (Oliver Reed) develops a therapy that involves helping his patients to manifest their psychoses into flesh and the emotionally damaged Nola (Samantha Eggar) is his star patient. A survivor of abuse, she becomes the willing guinea pig in his radical “psychoplasmic therapy” (a term right out of the zeitgeist of sixties and seventies fads) and transforms her most powerful emotional impulses into biological incarnations of her darkest desires: she quite literally gives birth to those psychic wounds.

Art Hindle’s Frank Carveth, the estranged husband of Nola and father of their daughter Candace (Cindy Hinds), is ostensibly the film’s hero. He’s trying to save Candy from the abuse he believes she suffered at Nola’s hands during her last visit to mommy at the private institute, gathering evidence against Raglan from the former patients left damaged and diseased by his experimental therapy, victims whose bodies are now in a kind of rebellion. Hindle is something of an emotional blank and it seems that Cindy Hinds, the little girl who plays Candace, is as well. At least at first.

The title of the film becomes clear when we finally Nola’s mutant offspring: rage babies, born of her most intense, unresolved emotional storms, who enact the vengeance she desires (perhaps without her even knowing or understanding). Cindy becomes less a blank slate than a child in shock, the portrait of an abused child blocking out the incidents of violence, shutting down in the face of horrific images, refusing to talk about it like she’s afraid to lose her parents if she admits it. She hides the violence perpetrated on her and suppresses the terror of her mother’s mutant brood. As Cronenberg so clearly shows us, those emotions and traumas don’t go away. They erupt in terrible ways.

Cronenberg quite famously explained that the film was “my version of Kramer vs. Kramer, only more realistic,” and he had the emotional bruises of a painful divorce of his own to inspire him. The imagery of Cronenberg’s Shivers and Rabid is raw and primal but here that body horror erupts from an environment of normalcy (albeit one of social disconnection), a seemingly stable world where the suppressed horrors are no longer held in check.

The Brood becomes a vivid and unsettling metaphor for the psychological and emotional forces pulling a family apart, directed with the Cronenberg’s usual affinity for biological mutation in the face of modern life. It’s also marvelously weird and creepy and at times downright terrifying.

Criterion’s Blu-ray and DVD presents a 2K master supervised by Cronenberg, plus the original half-hour documentary “Birth Pains,” interviews with Cronenberg (from 2011) and actors Art Hindle and Cindy Hinds (from 2013), an almost surreal clip from The Merv Griffin Show from 1980 featuring Oliver Reed, Orson Welles, and Charo (they never actually discuss the movie but the banter is interesting), and a 4K restoration of Cronenberg’s second feature Crimes of the Future (1970), which looks forward to themes in The Brood, plus a fold-out leaflet with an essay by Carrie Rickey.