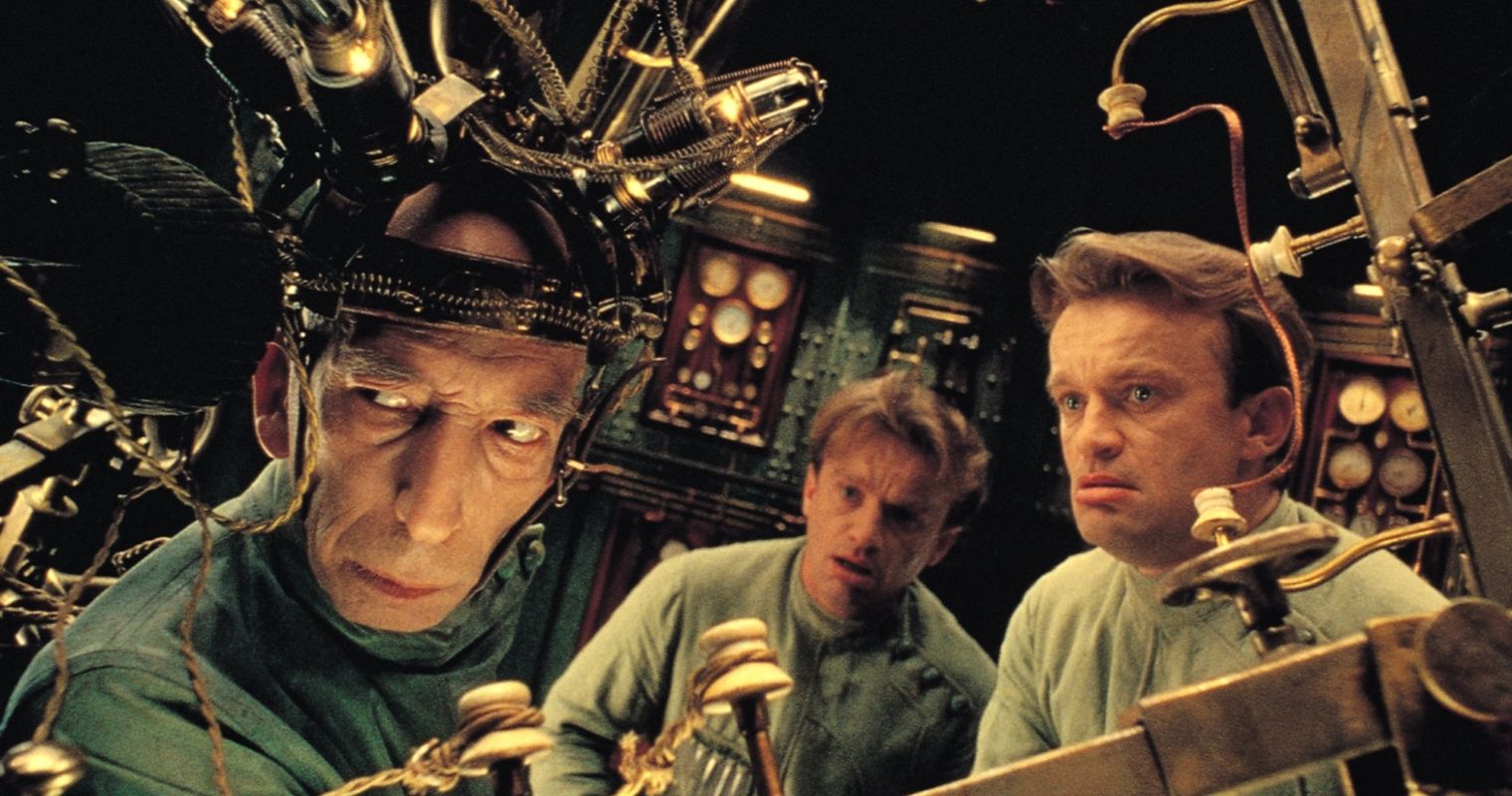 The fantastic visions of Belgian filmmakers Marc Caro and Jean-Pierre Jeunet culminated in The City of Lost Children (France, 1995), fairy tale for adults.

Evoking utopias and dystopias from Brazil to Peter Pan, Caro and Jeunet create a vivid but menacing fantasy city in a perpetually twilight world. In this rough port town lives circus strongman One (Ron Perlman), who wanders the alleys and waterfront dives looking for his baby brother, snatched from him by a mysterious gang preying upon the children of the town. Rising from the harbor is an enigmatic castle where lives the evil scientist Krank (Daniel Emilfork), who has lost the ability to dream and robs the nocturnal visions of the children he kidnaps but receives only mad nightmares from the lonely cherubs.

Other wild characters include the Fagin-like Octopus—Siamese twin sisters who control a small gang of runaways turned thieves—Krank’s six cloned henchmen (all played by the memorable Dominique Pinon), and a giant brain floating in an aquarium (voiced by Jean-Louis Trintignant). Caro and Jeunet are kindred souls to Terry Gilliam (who is a vocal fan), creating imaginative flights of fancy built of equal parts delight and dread which look they’ve been painted on the screen in rich, dreamy color.

The City of Lost Children [DVD]