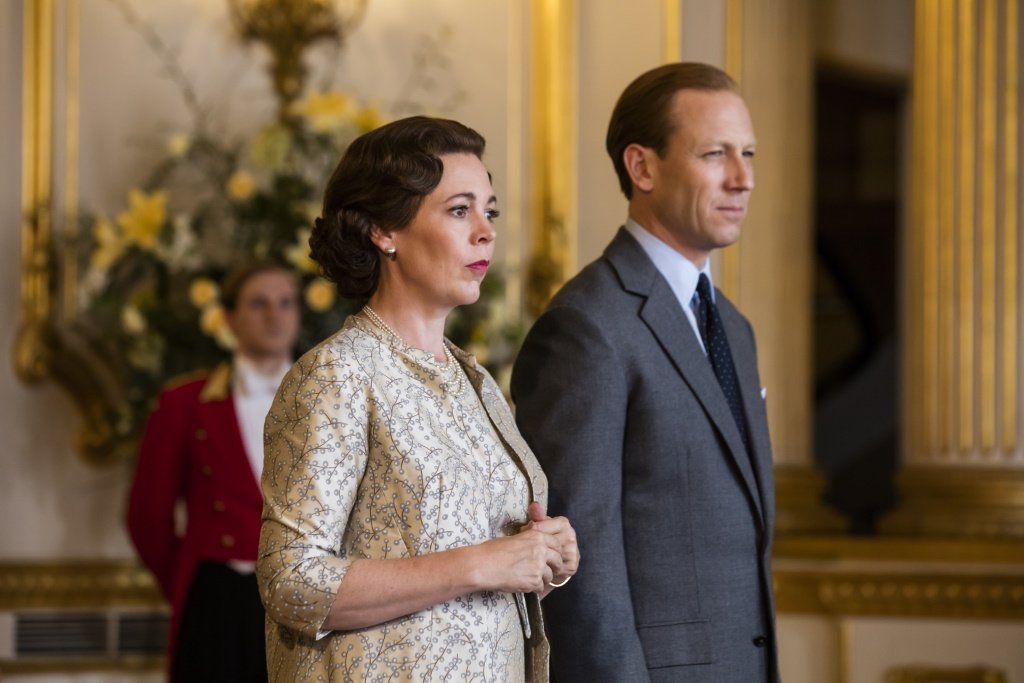 Oscar-winning actress Olivia Colman takes over the role of Queen Elizabeth II and Tobias Menzies is Prince Philip in the third season of the lavish historical Netflix drama “The Crown.” This season follows the Royal Family through the tumultuous 1960s and up the Silver Jubilee with episodes focusing on the drama behind key historical moments. Helena Bonham Carter brings the train wreck that is Princess Margaret to a new level of sardonic chaos. 10 episodes streaming on Netflix.

Kaitlyn Dever and Beanie Feldstein play overachieving students who throw caution to the wind on the last night of high school in “Booksmart” (2019, R). Actress Olivia Wilder makes a sure directorial debut with this raunchy and smart buddy comedy. Streaming on Hulu.

The music of Bruce Springsteen crosses the Atlantic in “Blinded By the Light” (2019, PG-13), a rousing high school drama of identity and the creative spirit, based on the true story of a first generation Pakistani-Briton in a small factory town in 1980s England. Gurinder Chadha directs this energetic tale of the power of art. On Cable on Demand and VOD, also on DVD and at Redbox.

Classic pick: Henry Fonda takes a rare role as a cold-blooded killer in “Once Upon a Time in the West” (1968, PG-13), Sergio Leone’s epic tribute to the American western, shot in part against the primal landscape of Monument Valley. Claudia Cardinale, Charles Bronson, and Jason Robards star. On Netflix and Amazon Prime Video.

“Dora and the Lost City of Gold” (2019, PG) brings the animated kid series to the big screen for a family-friendly live-action adventure.

Available same day as select theaters nationwide is the crime thriller “The Courier” (2019, R) with Gary Oldman as a crime boss and Olga Kurylenko as his assassin.

International affairs: a teenage boy is arrested dropped into a brutal custody center in “Brother (Mon frère) (France, 2019, not rated, with subtitles), which direct to Netflix from French cinemas.

While Disney+ has become the new home for the Marvel Cinematic Universe, they don’t yet have lock on all of them. The first “Thor” (2011, PG-13) with Chris Hemsworth and Anthony Hopkins, the World War II-era “Captain America: The First Avenger” (2011, PG-13) with Chris Evans, and “The Avengers” (2012, PG-13), which brought all of the major Marvel heroes together for the first time, are available to Amazon Prime subscribers.

Joe Mantegna is an ex-con returning home to his Bronx neighborhood in the sentimental drama “Bottom of the 9th” (2019, R).

True stories: “Artifishal” (2019, not rated) looks at the unintended harm of fish farming on wild salmon.

International affairs: Penelope Cruz plays a Spanish actress returning home from a Hollywood career to play “The Queen of Spain” (Spain, 2017, not rated, with subtitles) in this comedy.

Robert Ryan and Burl Ives star in “Day of the Outlaw” (1959), a western set in a snowbound mountain town under siege from outlaws. More westerns:

Streaming TV: The reverberation of a tragic accident threatens to tear apart a small Welsh community as grief turns to anger and blame in “The Accident,” a limited series from writer Jack Thorne (“National Treasure” and the HBO series “His Dark Materials”) starring Sarah Lancashire and Sidse Babett Knudsen. It makes its US debut along with the BBC limited series “Apple Tree Yard” (2017, TV-MA) with Emily Watson and Ben Chaplin.

A bullying CEO (Regina Hall) wakes up as her young self in “Little” (2019, PG-13), a comedy costarring Issa Rae and Marsai Martin.

Available Saturday night is “Us” (2019, R), Jordan Peele’s nightmarish follow-up to “Get Out.”

In anticipation of “63 Up,” the ninth installment in the ambitious documentary project carried on by Michael Apted, BritBox presents the previous installment “56 Up” (2012) and the new documentary “7 Up and Me” (2019). Also new on BritBox is “Bill” (2015, PG), a comic take on the life of William Shakespeare starring Damian Lewis and Helen McCrory.

“An Elephant Sitting Still” (China, 2018, not rated, with subtitles), an epic four-hour drama following the intersecting lives of four people over a single day in a bleak Chinese city, won top awards at film festivals around the world. It makes its streaming debut on Criterion Channel, along with director Hu Bo’s 2017 short film “Man in the Well.”

This streaming service, a partnership of small but vital independent distributors, remains devoted to documentaries and independent and foreign language films and has been steadily building a robust library.

May I also recommend the documentary “A Film Unfinished” (Germany, 2010, not rated, with subtitles), a powerful look into the reality of the Warsaw ghettos using footage from an abandoned Nazi propaganda film. It’s chilling and compelling.