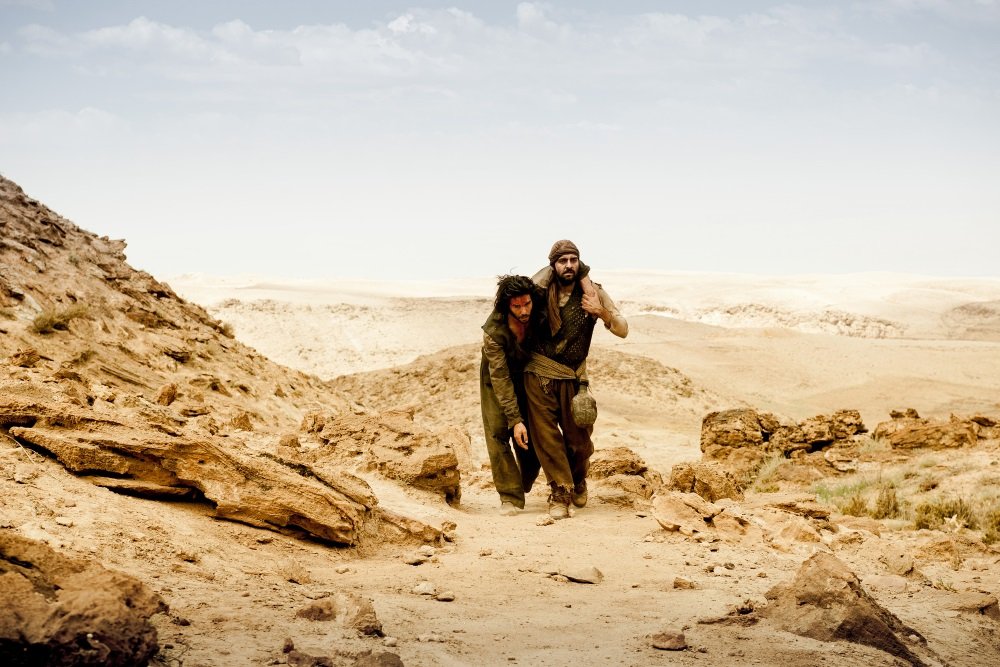 The Cut (2014), from Fatih Akin, a German-born filmmaker of Turkish descent, is a first-person epic journey. Nazaret Manoogian (Tahar Rahim) is an Armenian Christian raising a family in the Ottoman Empire when World War I shatters his existence. A gentle blacksmith and loving father yanked from him home life and thrust into a veritable chain gang by Turkish soldiers, Nazart survives the Armenian genocide (an historical event still officially denied in Turkey) and treks halfway across the world to find his daughters, who he learns have survived the death march that killed his wife.

It spans almost a decade, traverses thousands of miles, and engages multiple languages (which he navigates without a voice; he was left speechless from a throat wound that was to have killed him). Akin wrote the film with Mardik Martin, an Iraqi-born American of Armenian descent (and Martin Scorsese’s writing partner on Mean Streets and Raging Bull), and they keep this odyssey rooted in physical experience and human endurance. Many of the landscapes through which Nazaret marches are far from the assuring civilization of cities. He’s a man traversing the frontier and isolated pockets of humanity (not always welcoming) to find the promised land of family, and Akin and cinematographer Rainer Klausmann find astounding backdrops for his odyssey, from the deserts of Jordan to the wind-scoured plains of Minnesota (Alberta, Canada, stands in for the American plains of the 1920s), at once barren and beautiful.

The portrait of survival is harsh and often brutal and Nazaret observes and endures inhuman acts of cruelty, which hardens him on his journey. It which would be unbearable if not for acts of kindness and generosity from strangers along the way. Not as many, but enough to sustain a belief that there is still goodness in a world with such violence.

In Armenian, Arabic and English with English subtitles.