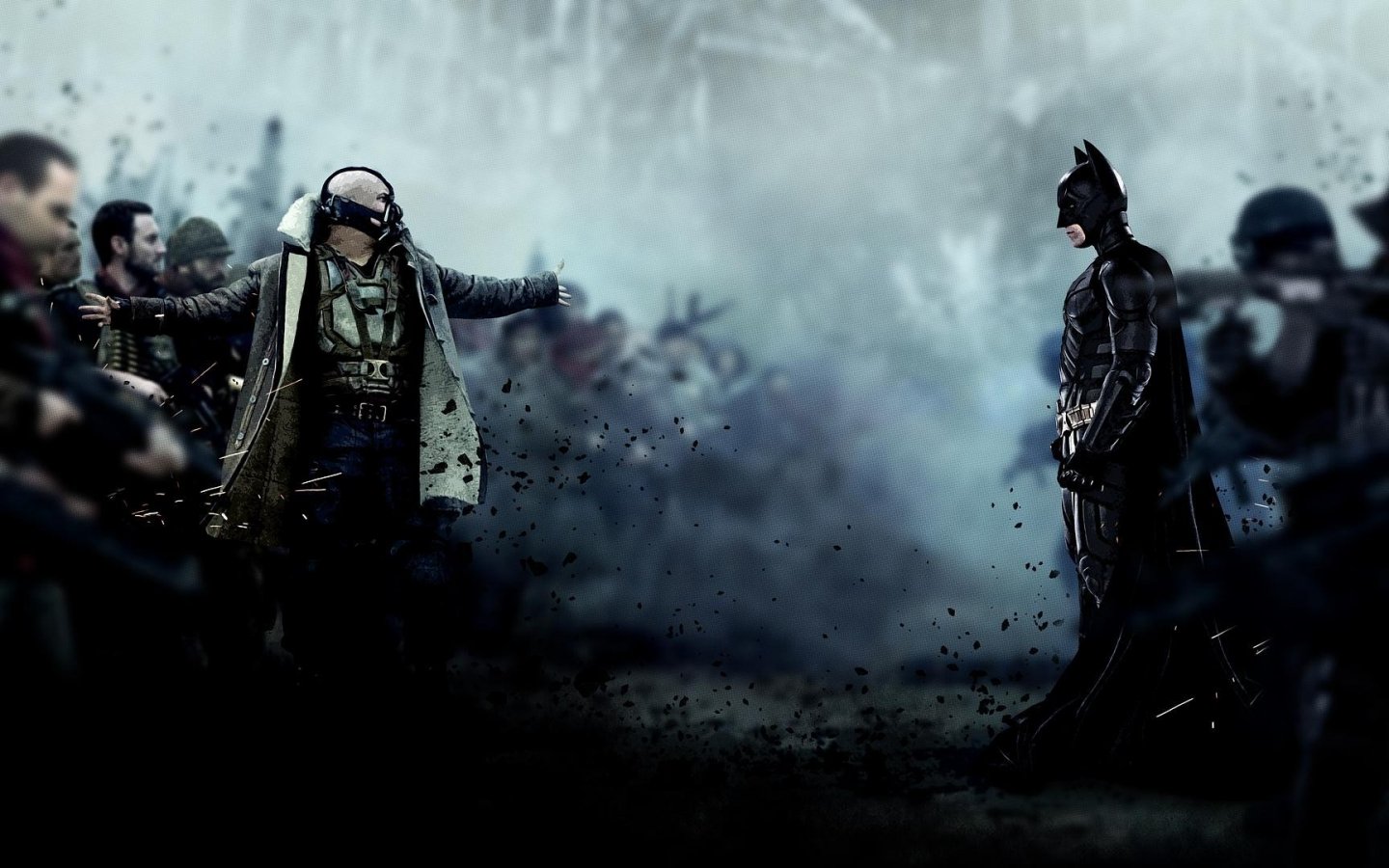 The culmination of Christopher Nolan’s trilogy of high-minded comic book superhero action spectacles by way of pop-art social commentary, it pits The Batman (a terse Christian Bale) against Bane (Tom Hardy as a musclebound mountain in a creepy mask), a self-appointed horseman of the apocalypse. Bane takes the next logical step from The Joker’s brutal pranks of the second movie, unleashing his own version of Occupy Gotham City, imprisoning the city and letting the criminals rule the streets in a storm of self-destructive anarchy, to prove the innate corruption of modern society under the guise of populism and “freedom.”

There’s also Anne Hathaway as a slinky cat burglar (Catwoman in everything but name), Joseph Gordon-Levitt as an idealistic young cop, return visits from Gary Oldman as Commissioner Gordon, Morgan Freeman as Lucius Fox, and Michael Caine as Alfred, references to the Ra’s Al Ghul origins of Batman Begins, an atomic device primed to destroy the city, and The Batman broken and dumped in a prison pit as much mythical metaphor as physical ordeal.

Nolan thinks big and directs in like fashion, giving the film the scale of an epic and enormous set pieces that threaten to overwhelm the story. Bane’s reign of terror is literal, complete with the public trials right out of the French Revolution (with Cillian Murphy’s The Scarecrow as Robespierre), but Nolan’s social politics are ambiguous at best. Trusting neither “the people” nor the appointed authority figures, Nolan embraces the self-appointed vigilante hero to do what the cops can’t. It should be too much to hang on a costumed-hero fantasy but maybe this is exactly the crucible for this kind of story: modern myth meets pulp fantasy.

It’s on Blu-ray and DVD from Warner Bros. The DVD includes a single featurette – “The Journey of Bruce Wayne,” which follows the evolution of the character through the three films – with the rest of the supplements available exclusively on the Blu-ray.

The Blu-ray Combo Pack includes three discs – two Blu-ray discs with the movie and the supplements, plus a bonus DVD edition – plus an UltraViolet digital copy. The first disc features the movie with no supplements except for the “Second Screen Experience,” which requires a compatible mobile device, a downloadable app and a connection to the same WiFi network as the Blu-ray player. It basically provides the information of a picture-in-picture track on a second device, which is one device too many for the way I watch supplements.

The second disc is packed with hours of supplements. “Ending the Night” is a collection of featurettes on all aspects of the film, all running between five and ten minutes and divided into three categories. “Production” is the biggest section with a dozen featurettes on the film’s defining set pieces, from the hijacking prologue to the creation of the Batcave and the Pit, to the final act action sequences. “Characters” offers “The Journey of Bruce Wayne” featured on the DVD, plus profiles on Bane (“Gotham’s Reckoning”) and Catwoman (“A Girl’s Gotta Eat”). “Reflections” consists of two short featurettes: “Shadows & Light in Large Format,” about shooting the major action sequences in the IMAX format, and “The End of a Legend,” a sort of farewell to the character and the series. They are all well-produced pieces and feature interviews with director Christopher Nolan, screenwriter David S. Goyer, the actors (including Christian Bale, Gary Oldman, Tom Hardy, and Anne Hathaway), producers, special effects folks, and many more.

“The Batmobile” is an hour-long stand-alone documentary profile of the Batman’s primary mode of transportation, from the comic book introduction and the first physical version created for the original forties serial to the iconic incarnation for the TV show through the successive movie versions. Also features trailers and art galleries.