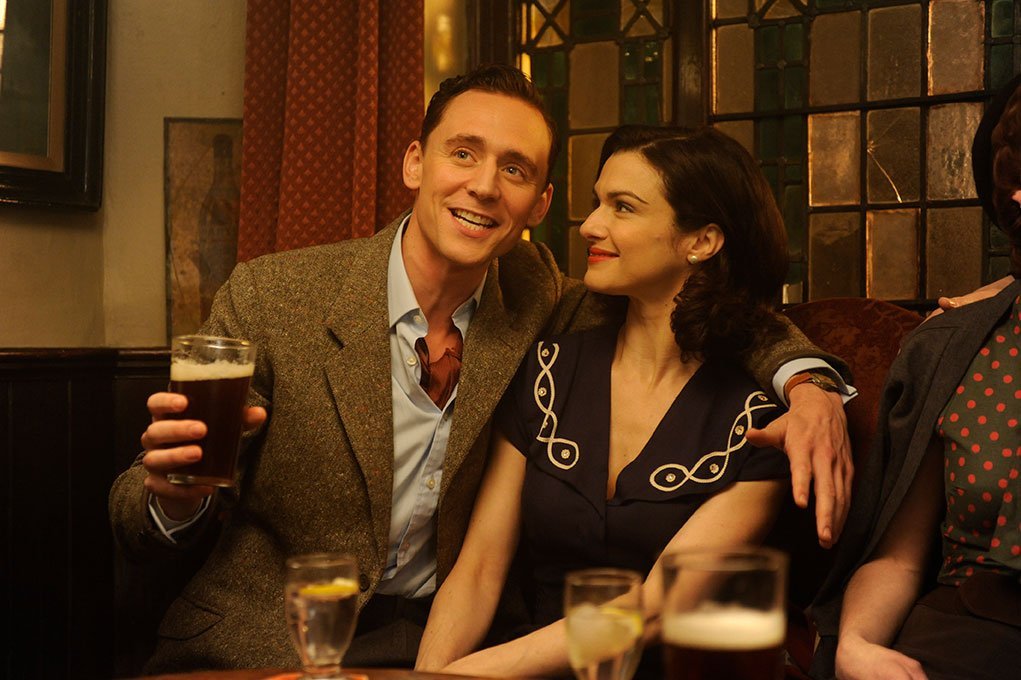 The Deep Blue Sea (2011), adapted from Terence Rattigan’s play by Terence Davies, is ravishing and devastating, a romantic drama of impossible love between the cultured married woman (Rachel Weisz) and a hot-tempered working class war veteran (Tom Hiddleston) in the years after World War II.

The film slips back and forth through the story, as if “drifting in and out of memory” (as Davies describes it in his commentary), and the grace of his filmmaking enhances that quality of floating through her story, both in the moment of intimacy and looking back in hindsight. Davies connects on a deep, devoted level to Hester (Weisz), a woman who clearly married young to a much older man (Simon Russell Beale), a very proper judge from the aristocratic classes and old money. She only realizes how much she has missed out on the swooning ecstasy of love and passion and sex when her heart is carried away by Freddie (Hiddleston), a former RAF bomber pilot struggling to find his place in the post-war world.

All this is suggested rather than explicated as we tour her odyssey, which begins at her lowest, most desperate moment and drifts back on her tumultuous emotional journey. She very much likes her husband, a decent and affectionate and generous man, but she is brought to life by Freddie. Even when it is clear that any permanent relationship between them is doomed (their experiences are simply too different for their characters to bridge), she never wavers: love over compromise, even at the cost of such pain. Davies embraces her story as both tragic and liberating.

This was Davies’ first fictional film in over a decade, since the magnificent The House of Mirth, and he seems to have invested every frame of the film with his exhilaration of making movies once again as well as a bittersweet quality of regret for the films he never made. His direction is loving, intimate, and exquisite.

Rachel Weisz won the award for best actress from the New York Film Critics Circle and the Toronto Film Critics.

Add to My Watchlist on Amazon Prime Video or to My List on Criterion Channel, or stream free on Kanopy or on Hoopla, which are free through most public and college library systems.

The Blu-ray and DVD features commentary by Terence Davies with Ian Haden-Smith, a 28-minute “Terence Davies Master Class” lecture about his adaptation and approach to the film, the 11-minute “Realizing the Director’s Vision,” and interviews with actors Rachel Weisz and Tom Hiddleston, plus an accompanying booklet with essays.

Davies is sensitive to the texture of British films as they looked in the 1950s and uses filters and delicate, soft lighting to achieve a specific look. Unfortunately, the digital mastering doesn’t handle the effects well, exaggerating the grain of the film stock and distorting the texture. The colors and tones shift from scene to scene and there’s a haze across the image in many shots. This may not be a problem for many viewers and it is only a distraction on some scenes, but to my eyes it is not true to the image as seen in theaters.