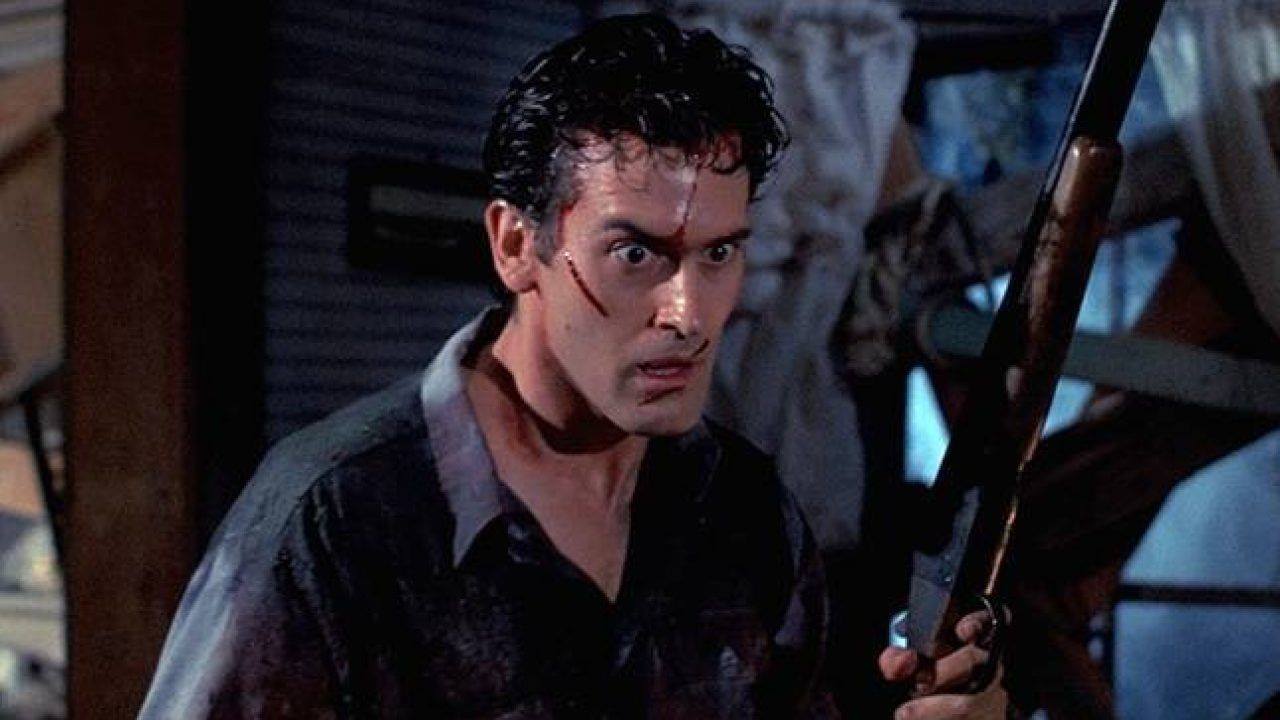 Sam Raimi labeled his lively debut feature “The Ultimate Experience in Grueling Terror” in mock-pretension, but he wasn’t too far off. The Evil Dead (1981) is such a bravura bit of cinematic inventiveness that it’s too much fun to be genuinely grueling, but this unrelenting parade of funhouse terrors and creative low budget effects is one of the most entertaining American horror films of its time.

The sliver of a story concerns five college kids who vacation in a backwoods cabin and unwittingly unleash a host of sadistic spirits from the ancient Sumerian Book of the Dead. One by one the students are inhabited by the demons and turn on their friends in alternately horrifying and hysterical attacks, leaving the bloody, battered, lantern-jawed Bruce Campbell as the lone survivor Ash determined to make it to the dawn.

Raimi rummages through decades of haunted house and demon possession movies for inspiration, playing with a virtual catalogue of clichés (creaky doors, banging shutters, fog-drenched forests, unexplained lights) before twisting them into his own stylish rollercoaster of a horror movie. Much of the films energy is supplied by the “Raimi-cam,” a gliding, swooping, rushing camera. It gives the film a dislocated, otherworldly point of view while injecting a lively if spooky fleetness to the pace.

Trivia note: Joel Coen (yes, that Joel Coen), a few years before he made his directorial debut with Blood Simple, helped out as one of the film’s editors.

Leaves HBO Max at the end of April. Add to My List