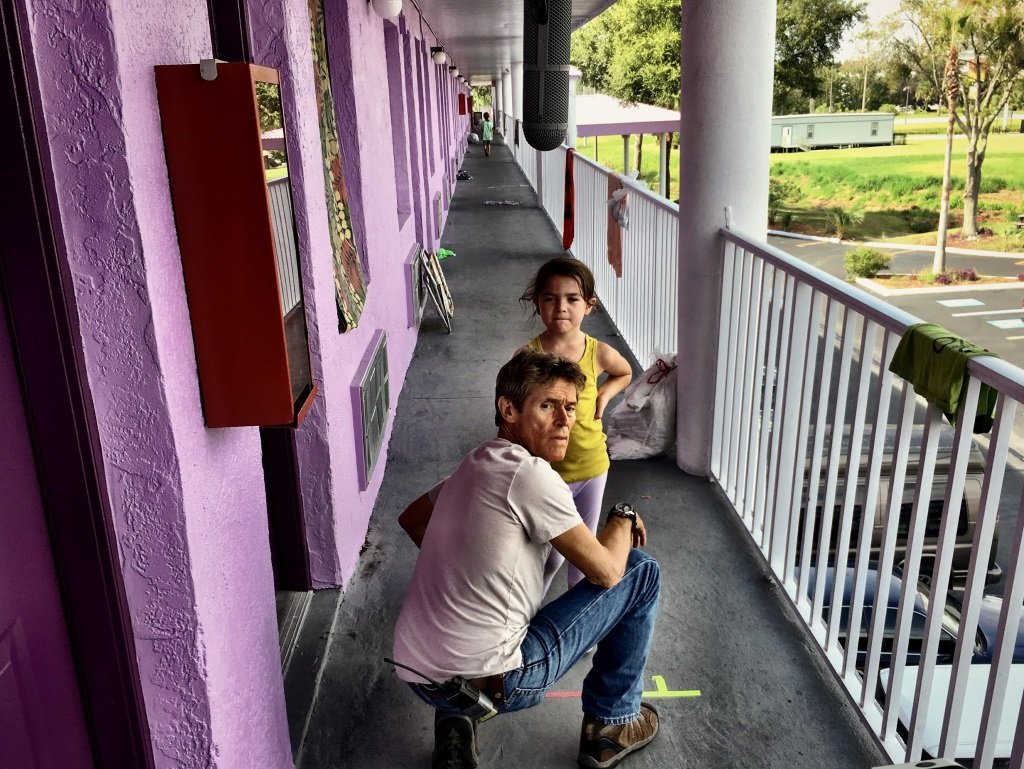 Willem Dafoe earned an Oscar nomination for his performance as the manager of a low-rent hotel in The Florida Project (2017, R), a powerful and moving look at the life of an unemployed (and perhaps unemployable) single mother and her precocious daughter (the amazing Brooklynn Kimberly Prince), who mimics her mother’s aggression. Director Sean Baker is compassionate without pulling his punches on the self-destructive actions of his characters, and he presents it in vivid Day-Glo squalor. Streaming on Amazon Prime Video.

Troy: Fall of a City – Season 1, a coproduction of Netflix and BBC, brings lavish production values, casual dialogue, and cable-level sex and violence to the classic tale of love in the time of the Trojan War. Euan Ferguson, writing for The Observer for its British debut, offers “older viewers can marvel at the silked lushness of the sea scenes while revelling in an old tale well told, younger ones can learn a little, about the names of the gods, and the fire-haunted dreams of Cassandra, and about mankind’s ancient rush towards betrayal (and ancient rush to blame it all on their being mere playthings of the gods); and both can hopefully expunge any residual memories of the 2004 Brad Pitt epic.”

It’s written by David Farr, who developed The Night Manager for TV two years ago and debuted on British TV in February. All 8 episodes are now streaming on Netflix.

More family oriented are the animated films Despicable Me 3 (2017, PG), with reformed supervillain and adoptive dad Gru lured back into crime for one last heist by his brother, and The Iron Giant (1999, PG), a magnificent and sweet sci-fi fairy tale of a boy and his giant robot buddy in comic book color (reviewed on Stream On Demand here). Both now on Netflix.

No blockbusters or award winners this week, which features the comedy Father Figures (2017, R) with Ed Helms and Owen Wilson as brothers in search of their birth father and Insidious: The Last Key (2017, PG-13), the fourth installment of the horror franchise.

6 Balloons (2018, not rated), starring Abbi Jacobson as the sister of relapsed heroin addict (Dave Franco) trying to get him help over one long night, comes direct to Netflix from the SXSW Film Festival. Also debuting is Amateur (2018, not rated), a drama with Sharon Leal and Josh Charles about the pressures on high school athletes.

Let Me In (2010, R), the haunting American remake of the icy Swedish film about an adolescent vampire (Chloe Grace Moritx) who befriends a bullied boy, is even more devastating than the original.

Foreign affairs: the heady science fiction drama Orbiter 9 (Spain, 2017, not rated, with subtitles), about a deep space voyage that isn’t what it appears, and award winning prison thriller The 4th Company (Mexico, 2016, not rated, with subtitles), inspired by the true story of juvenile inmates who are drafted into a death squad, both make respective stateside debuts on Netflix.

Kid stuff: The Boss Baby: Back in Business: Season 1 brings the characters of the animated comedy to the small screen for more adventures.

Streaming TV: Netflix hopes Fastest Car: Season 1 will attract fans of The Grand Tour and the new edition of My Next Guest Needs No Introduction With David Letterman features Jay-Z.

True stories: Ram Dass, Going Home (2018, not rated) catches up with the spiritual guru 20 years after suffering a life-altering stroke. Also new: Oscar-nominated Abacus: Small Enough to Jail (2016, not rated) looks at the only financial institution to be prosecuted after the 2008 financial crisis.

Daniel Radcliffe plays an FBI agent who goes undercover in the American white supremacist culture in Imperium (2016, R), a thriller inspired by a true story. Reviewed on Stream On Demand here.

Colin Farrell is a surgeon confronted with an impossible choice in The Killing of a Sacred Deer (2017, R) from Greek filmmaker Yorgos Lanthimos.

Streaming TV: the second and final season of the British crime drama The Missing takes on a new case of a missing girl.

Foreign affairs: Elite Squad: The Enemy Within (Brazil, 2010, with subtitles), once the highest-grossing film in Brazil, is a cop thriller about police corruption in Rio de Janeiro.

Before Community and Atlanta, Donald Glover co-wrote and starred in the crime comedy Mystery Team (2009, R) (Amazon Prime and Hulu).

True stories: Project Nim (2012, PG-13), about a seventies experiment in raising a chimp like a human child, is more revealing of human rather than simian behavior (Amazon Prime and Hulu), and the music documentary Standing in the Shadows of Motown (2002, PG) (Amazon Prime and Hulu) looks at the studio musicians behind the Motown stars.

The four-part National Treasure: Kiri, produced by Hulu in partnership with BBC, is a crime drama about the disappearance of a young black girl who is about to be adopted by a middle-class white family and the media frenzy surrounding the case.

Foreign affairs: Grave of the Fireflies (Japan, 1998), a devastating animated drama of two orphans in the final days of World War II in Japan, is presented in both Japanese language (with subtitles) and English dubbed versions.

True stories: Dina (2017) profiles the romance between two challenged adults (one is developmentally disabled, the other suffers from Asperger’s) with compassion and a sense of humor. Actress turned filmmaker Sarah Polley turns the camera on herself and her family in Stories We Tell (2012, PG-13).

The original documentary King in the Wilderness (2018, not rated) looks at the final 18 months in the life of Civil Rights activist Martin Luther King.

The sixth season of the investigative documentary series Vice is now underway with new episodes every Friday night.

The family-friendly A Dog’s Purpose (2017, PG) imagines the many lives of a canine as it is reborn until it is reunited with its master. Dennis Quaid and Peggy Lipton star.

True stories: Operation Odessa (2018, not rated) documents the stranger-than-fiction attempt by a Russian mobster, a Miami playboy, and a Cuban spy to sell a Russian nuclear submarine to the Colombian drug cartel.

TCM Select pick for the week is the biblical epic Ben-Hur (1959, G) with Charlton Heston. It’s available through September 28, 2018.

Star of the Week: Gary Cooper is celebrated with eleven films, including the comedy Ball of Fire (1941) with Barbara Stanwyck, Oscar-winner war drama Sergeant York (1941), and The Fountainhead (1949), adapted by author Ayn Rand herself, and Director of the Week: Pier Paolo Pasolini is feted with seven features including The Gospel According to St. Matthew (Italy, 1964, with subtitles).

In a lighter vein is a collection of fish out of water comedies including the nostalgic My Favorite Year (1982, PG) with Peter O’Toole, the charmingly eccentric Local Hero (1983, PG) with Burt Lancaster, and Jim Jarmusch’s delightfully deadpan indie classic Stranger Than Paradise (1984).