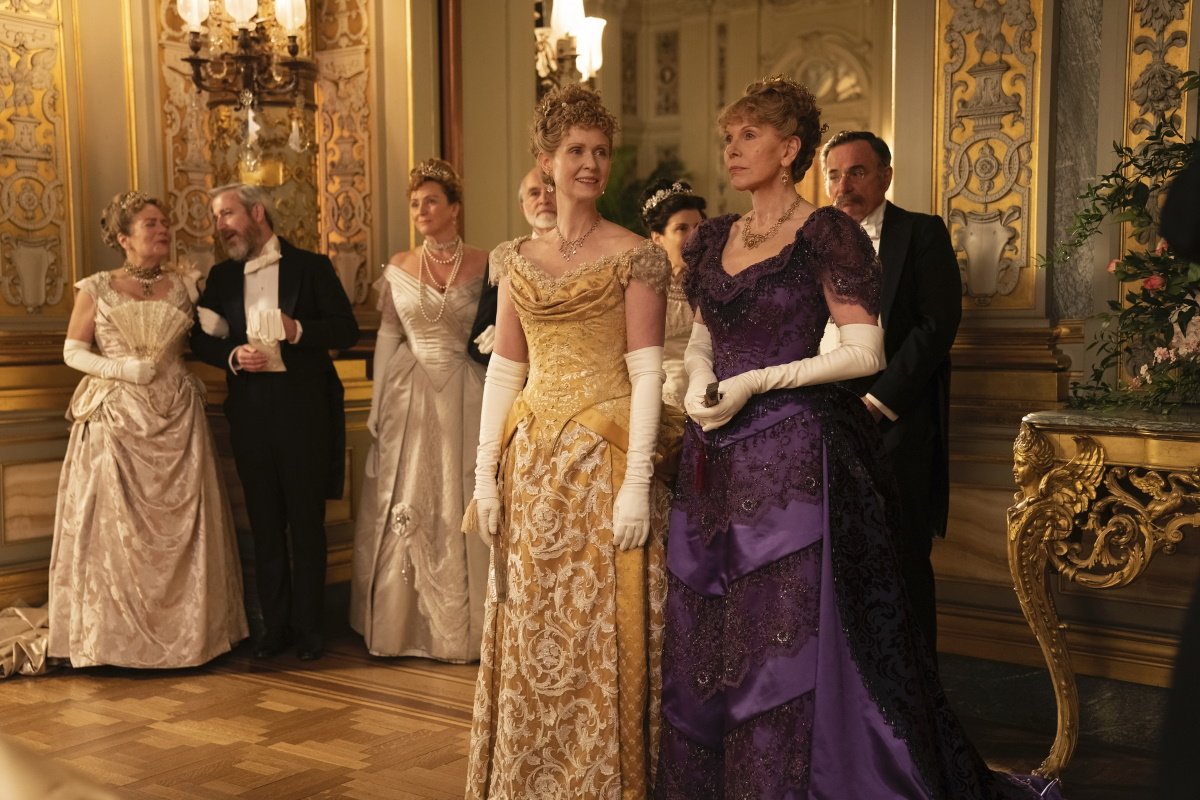 Julian Fellowes, creator of “Downtown Abbey,” goes stateside for “The Gilded Age“ (TV-14). Set in 1880s New York City, the “upstairs downstairs” melodrama takes on the collision of old money and new wealth in the changing face of American high society. Christine Baranski and Cynthia Nixon are sisters with inherited wealth and Morgan Spector and Carrie Coon are their nouveau riche neighbors trying to break in to New York society. This is Fellowes in Edith Wharton territory, where the American aristocracy treats social acceptance as warfare while their grown children are more open to challenging the rules of the game. Critics have been lukewarm on the series but it does deliver class collision and lavish costumes and sets. New episodes on Sundays. (HBO Max)

The limited series espionage thriller “In From the Cold“ (TV-MA) stars Margarita Levieva as an American single mother whose past life as a Russian spy catches up with her. The action series puts her back in the field while flashbacks show her origins as the survivor of a secret KGB program that gave her enhanced abilities. (Netflix)

The mystery comedy “The Afterparty: Season 1“ (TV-MA) plays out the events of a murder at a high school reunion from the different perspectives of the attendees, each in a different genre style. The series from producers Chris Miller and Phil Lord stars Tiffany Haddish, Sam Richardson, Ben Schwartz, and Ilana Glazer). Three episodes available, new episodes on Fridays. (Apple TV+)

Bob Odenkirk is a seemingly ordinary suburban husband and father in “Nobody“ (2021, R), an action thriller from the writer of “John Wick” and the director of “Hardcore Henry.” When a home invasion puts him in collision with the Russian mob, he draws on a set of previously unseen skills to protect his wife (Connie Nielson) and family. A streak of dark humor runs through the gleefully violent, stunt-laden action and Christopher Lloyd and RZA get involved in the fun. (HBO Max)

Jessica Chastain is Tammy Faye Baker in “The Eyes of Tammy Faye“ (2021, PG-13), about the scandal that toppled the evangelical empire she built with Jim Bakker (Andrew Garfield) and her redemptive journey that made her an icon in the LGBTQ+ community. Vincent D’Onofrio and Cherry Jones costar and Michael Showalter directs this adaptation of the 2000 documentary. (HBO Max)

“The Woman in the House Across the Street From the Girl in the Window: Season 1“ (TV-MA), a parody of paranoid crime thrillers, is a dark comedy about a heartbroken, wine-guzzling shut-in (Kristen Bell) who thinks she saw a murder. No one, of course. believes her.

“Getting Curious with Jonathan Van Ness: Season 1“ (TV-MA) turns the nonfiction podcast into a streaming series.

International passport: a pair of TV technicians stumble across a murder in the crime comedy “Framed! A Sicilian Murder Mystery“ (Italy, TV-MA, with subtitles).

“The Legend of Vox Machina: Season 1“ (2022, TV-MA) turns the role-playing streaming show “Critical Role” into an animated fantasy-adventure with a comic twist.

Robert De Niro is the “Dirty Grandpa“ (2016, R) in the raunchy comedy with Zac Efron. Also available in an unrated version.

The animated “The Ice Age Adventures of Buck Wild“ (2022, PG) continues the adventures begun in the “Ice Age” movies.

In “Billions: Season 6“ (TV-MA), Corey Stoll takes over from Damian Lewis as the hedge fund manager targeted by the U.S. Attorney (Paul Giamatti).

“Boris Karloff: The Man Behind the Monster“ (2021) profiles the life and career of the iconic actor.

“Joseph L. Mankiewicz: Talking Pictures” collects thirteen features from the erudite writer/director, including his Oscar-winning pictures “A Letter to Three Wives“ (1949) with Jeanne Crain and Kirk Douglas and “All About Eve“ (1950) with Bette Davis and Ann Baxter. Other highlights include his romantic ghost story “The Ghost and Mrs. Muir“ (1947) with Gene Tierney and Rex Harrison, the Tennessee Williams adaptation “Suddenly, Last Summer“ (1959) with Elizabeth Taylor, Katharine Hepburn, and Montgomery Clift, and the historical epic “Cleopatra“ (1963) Elizabeth Taylor and Richard Burton. (Criterion Channel)