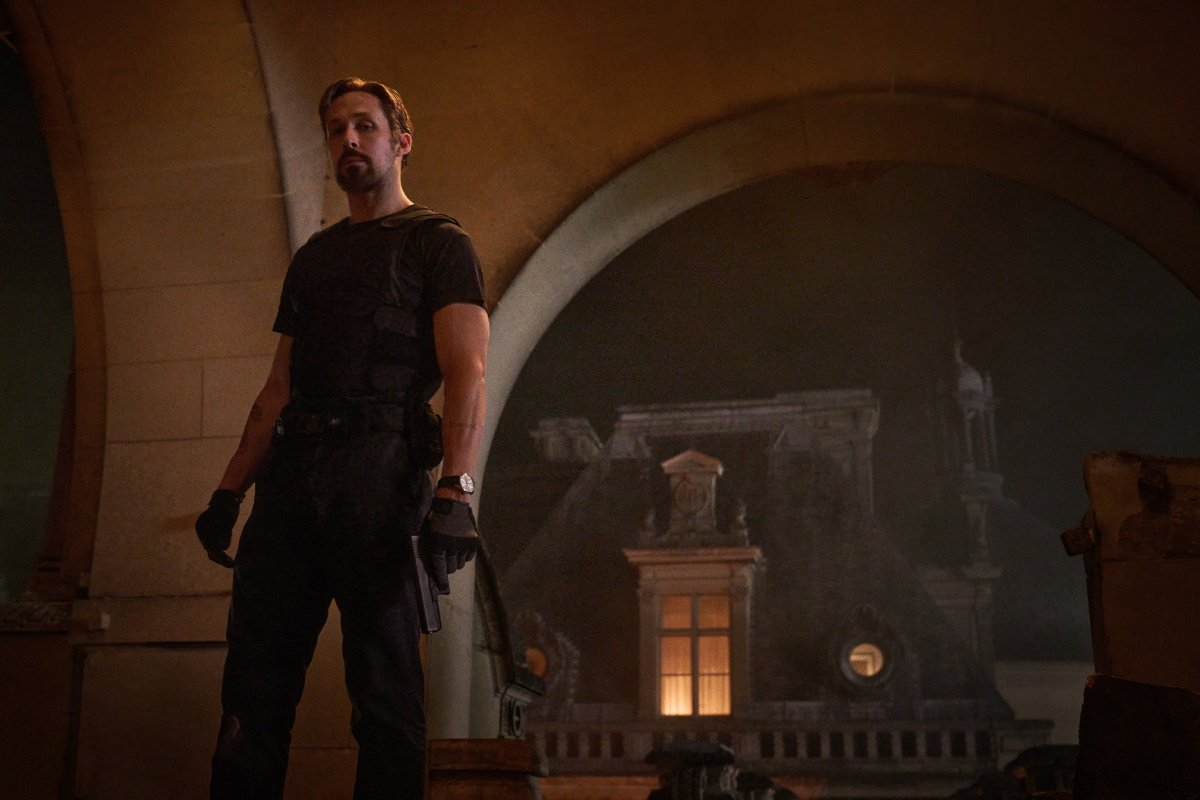 Anthony and Joe Russo leave the MCU to write and direct “The Gray Man” (2022, PG-13), an action thriller starring Ryan Gosling as a CIA agent in possession of dangerous secrets and Chris Evans as the sociopathic assassin sent to kill him. Netflix reportedly spent $200 million on this globetrotting spectacle and it’s all on screen in impressive action set pieces. Ana de Armas, Jessica Henwick, Regé-Jean Page, Alfre Woodward, and Billy Bob Thornton costar. Streams a week after a limited theatrical release. (Netflix)

“Anything’s Possible” (2022, PG-13) is a modern coming-of-age story about a confident high school girl (Eva Reign) embarking on her senior year after transitioning from male to female and a classmate (Abubakr Ali) who develops a crush on her. The teenage characters of this romantic drama navigate issues of gender and identity while struggling with young love in the directorial feature debut of Tony and Emmy-winning actor Billy Porter. (Prime Video)

“Happening” (France, 2021, not rated, with subtitles), based on the novel by Annie Ernaux, follows a student (Anamaria Vartolomei) who becomes pregnant and confronts the realities of securing an abortion in 1960s France when it was still illegal. It won the top prize at the Venice Film Festival. (AMC+)

Paul Newman and Joanne Woodward are “The Last Movie Stars” (TV-MA) in the limited series documentary from filmmaker Ethan Hawke. It profiles the actors’ personal lives and 50-year marriage and chronicles their screen careers and their long partnership as artists and in their philanthropic endeavors over six hour-long episodes. Features interviews with friends and colleagues, intimate footage, and transcripts of long-unavailable interviews with the couple (voiced by George Clooney and Laura Linney) from an unfinished memoir. All episodes available. (HBO Max)

Jessica Chastain and Ralph Fiennes are wealthy Americans in Morocco who cover up the accidental killing of a young boy in “The Forgiven” (2022, R), an adaptation of the Lawrence Osborne novel by filmmaker John Michael McDonagh. Also on DVD and at Redbox.

The fourth season of the romantic drama “Virgin River: Season 4” (TV-14) continues the story of a Los Angeles nurse (Alexandra Breckenridge) finding love and a home in a small Northern California town.

International passport: a competitive video gamer rethinks his priorities after his mother’s illness in “Too Old for Fairy Tales“ (Poland, 2022, TV-PG, with subtitles).

True stories: “Aftershock“ (2022, not rated) looks at the crisis in maternity mortality and the disproportionate number of American black women that die in childbirth.

In the political satire “The Hater“ (2022, not rated), a liberal democrat (Joey Ally, also the filmmaker) sets out to defeat her childhood nemesis, a Republican candidate, in a conservative Texas town.

An aimless twentysomething (Molly Bernard) becomes a surrogate for an older gay man in the LGBTQ+ comedy “Milkwater“ (2020, TV-MA).

“Godzilla“ (2014, PG-13) reimagines Japan’s king of the monsters as an American spectacle featuring the thunder lizard as an elemental creature defending the Earth from other monsters.

The British boxing drama “Prizefighter“ (2022, not rated) stars Matt Hookings as a working class fighter who battles class barriers as he competes for the championship at the turn of the 19th century England. Ray Winstone and Russell Crowe costar.

The family friendly drama “Best Foot Forward: Season 1“ (TV-G) follows the journey of a 12-year-old boy with a prosthetic leg as he attends middle school. All episodes streaming.

“The Day the Music Died: The Story of Don McLean’s American Pie“ (2022, TV-PG) looks at the story behind the iconic pop song and its legacy over the decades.

The legal drama “Showtrial: Season 1“ (not rated) is a limited series from England that revolves around high-profile murder trial and the ways that identity, prejudice and media distort the legal process. (AMC+ and Sundance Now)

True stories: The documentary “This is GWAR“ (2022, not rated) tells the story of the iconic heavy metal art-collective. (AMC+ and Shudder)

“Directed by Henry King” collects eight features, including his Oscar-winning war drama “Twelve O’Clock High“ (1949) and his dark western classic “The Gunfighter“ (1950), both starring Gregory Peck. It’s also worth checking out lesser known films such as his silent western epic “The Winning of Barbara Worth“ (1926, silent with music score), featuring an early performance by Gary Cooper, and the family drama “State Fair“ (1933) with Janet Gaynor and Will Rogers.

The documentary “Dziga and His Brothers“ (Russia, 2002, not rated, with subtitles) tells the story of revolutionary Soviet filmmaker Dziga Vertov and his filmmaking brothers, Mikhail and Boris Kaufman.

True stories: The five-part docuseries “Boston George: Famous Without the Fortune“ (not rated) profiles George Jung, who made (and lost) millions smuggling cocaine into the U.S. in the 1970s and 1980s.