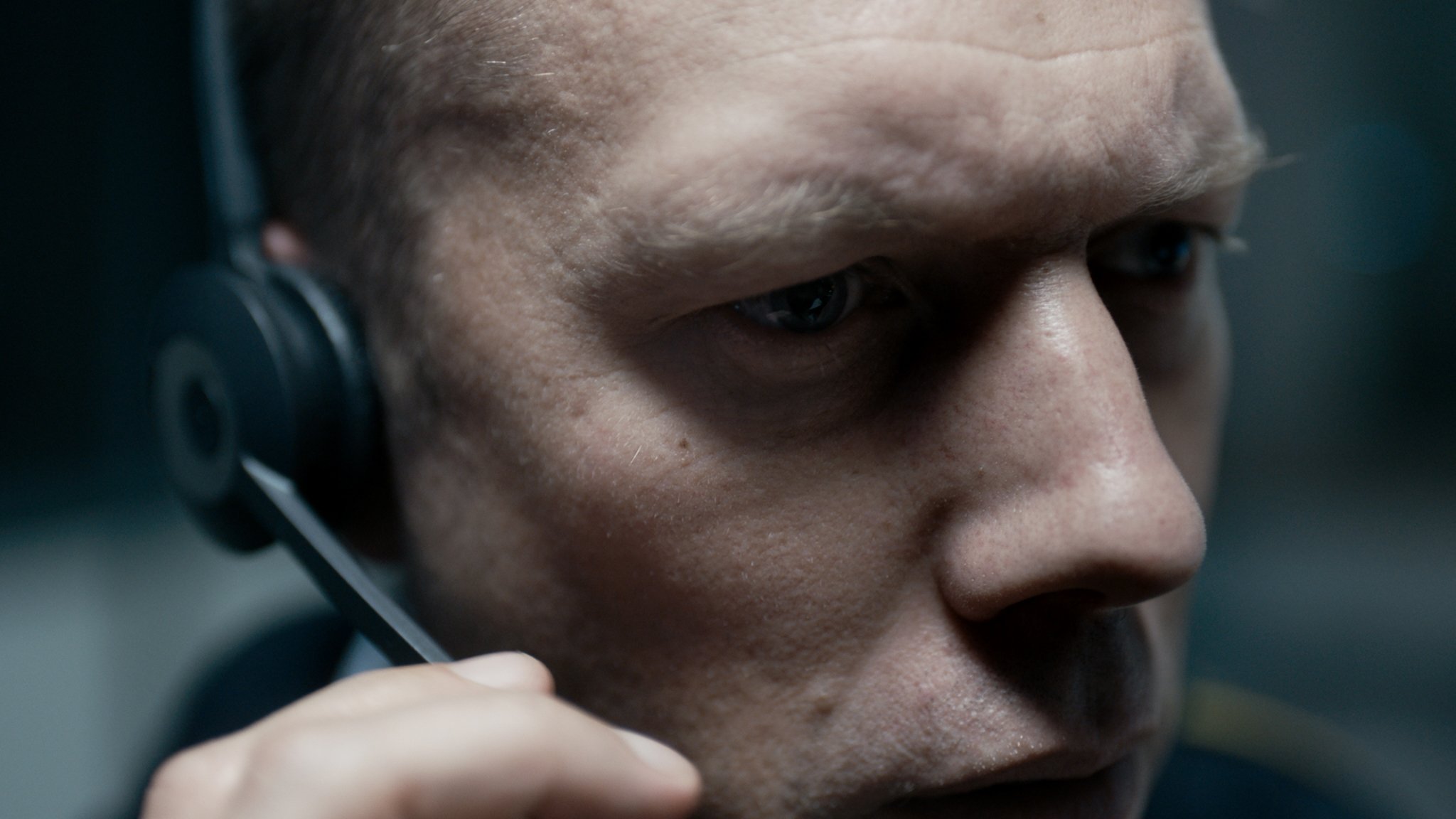 There is a particular kind of challenge to making a movie tethered to a single, self-contained location where the dialogue is conducted almost entirely over the phone and the story plays out in real time. When it works—and look no farther than Steven Knight’s Locke (2013) with Tom Hardy navigating a life-altering action while driving from Birmingham to London—it can be absolutely compelling.

Gustav Möller takes up the challenge with The Guilty (Denmark, 2018), a Danish thriller centered on Asger Holm (Jakob Cedergren), a police officer temporarily demoted to an Emergency Services (Denmark’s version of 911) call center. He treats the job with barely concealed contempt, judging his callers before routing help their way, until he gets a call from a woman who has been abducted by her ex-husband. She pretends she’s calling their daughter, trying to calm her as she’s home alone, and Asger keeps her online with yes or no questions.

It’s a beautifully directed scene, the camera moving in closer until Asger’s face fills the screen, the rest of the world gone as puts his entire focus into the situation. And when they are cut off, his only link to the abducted woman broken and the case now solely in the hands of the police—he’s still on suspension and his part is done—he can’t let it go.

He calls the woman’s daughter, who has been left home alone and scared, and sends his partner to the husband’s house to look for any clues to their destination. As we learn more about Asger—he’s under investigation for questionable use of force and separated from his wife, and the two are clearly connected to his own issues—he gets a better idea of what is going on with his caller. There may be more to the story than he initially assumed.

It’s an impressive debut from Swedish filmmaker Gustav Möller, who uses his single location superbly. He isolates Asger within the frame as the tensions build and uses pauses and telephone silence to ratchet up the anxiety. And in addition to creating a thrilling drama where all the action occurs offscreen, Möller provides an incisive portrait of a self-righteous officer with anger issues who confronts his own assumptions and prejudices over the course of the evening.

It won the audience award at Sundance and was Denmark’s official entry for the Oscars.

Rated R for language, in Danish with English subtitles

, iTunes, GooglePlay, Fandango, Vudu and/or other services. Availability may vary by service.
The Guilty [Blu-ray]