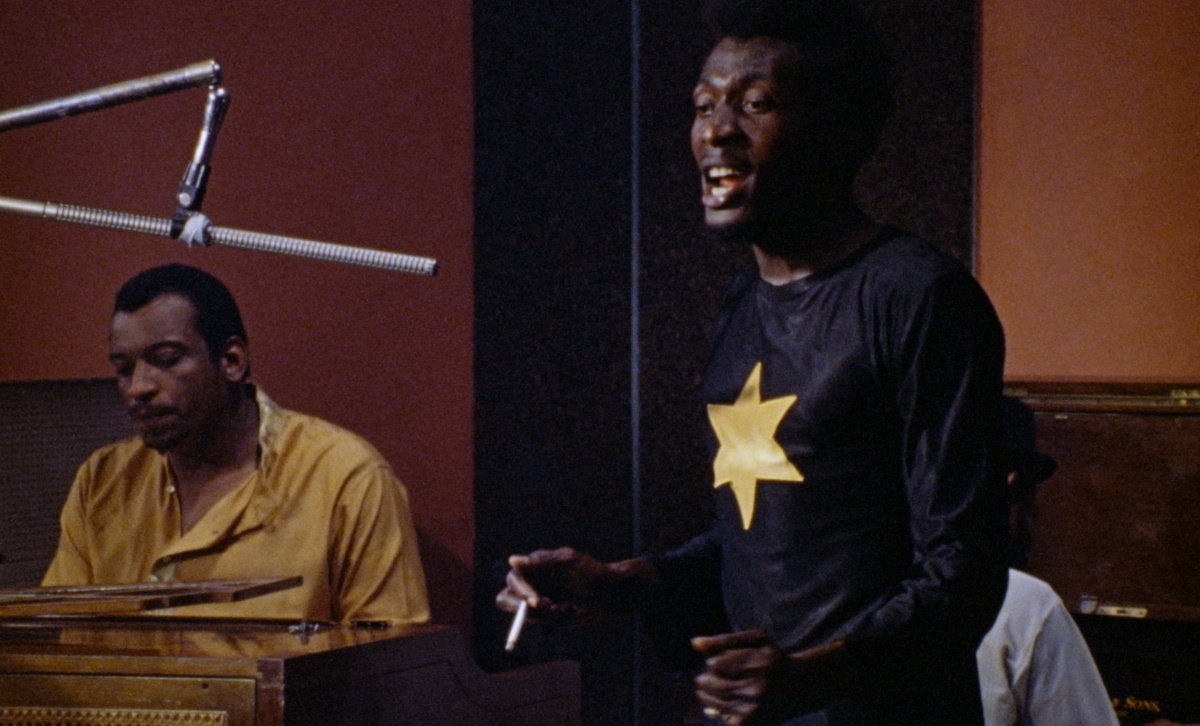 Jimmy Cliff stars as the Jamaican country boy who comes to the big city of Kingston with dreams of making it big in The Harder They Come (Jamaica, 1972), the first homegrown Jamaican feature film. This genuine indie production became an international sensation.

Cliff was a local reggae star when he was cast in the film and he brings an energy and anger to the role of the aspiring singer who, after being ripped off by a music producer who has a stranglehold on the music scene, turns to crime and ends up an outlaw hero hunted by the police and celebrated by the population, who make his song a radio hit.

It’s a simple film shot on a shoestring, rough and sometimes ragged but vital and explosive and filled with a superb reggae soundtrack that brought Cliff’s music to the world. Perry Henzell, who directed, produced, and co-wrote, was a commercial producer who wanted to create a Jamaican story specifically for the Jamaican audience. He shoots on the streets and in the slums and offers a documentary authenticity to the culture of poverty, crime, and corruption in which the gangster fantasy plays out.

The Harder They Come was a sensation in Jamaica, where audiences saw themselves on screen for the first time, and it became a cult hit in the U.S. (where the dialogue, a thick Jamaican patois of English and local Creole, was subtitled) and around the world. The soundtrack features the songs “You Can Get It If You Really Want,” “Many Rivers to Cross,” and “Sitting Here in Limbo” as well as the title song, plus songs by Toots and the Maytals, Desmond Dekker, and others.

It’s a pretty raw movie in the best ways, and it explodes with a kind of outlaw energy. It’s a landmark of international independent cinema that helped popularize reggae around the world.

Rated R for nudity, violence, drug use, and adult language.

Shout! Factory’s Blu-ray is a three-disc Collector’s Edition featuring a new restoration of the film, the home video debut of Henzell’s follow-up film “No Place Like Home” (2006), the documentary “Perry Henzell: A Filmmaker’s Odyssey” (2015), commentary, and new and archival interviews and featurettes.

1972, Blu-ray, Criterion, Criterion Channel, Desmond Dekker, DVD, Jamaica, Jimmy Cliff, Many Rivers to Cross, Perry Henzell, reggae, Sitting Here in Limbo, The Harder They Come, Toots and the Maytals, You Can Get It If You Really Want