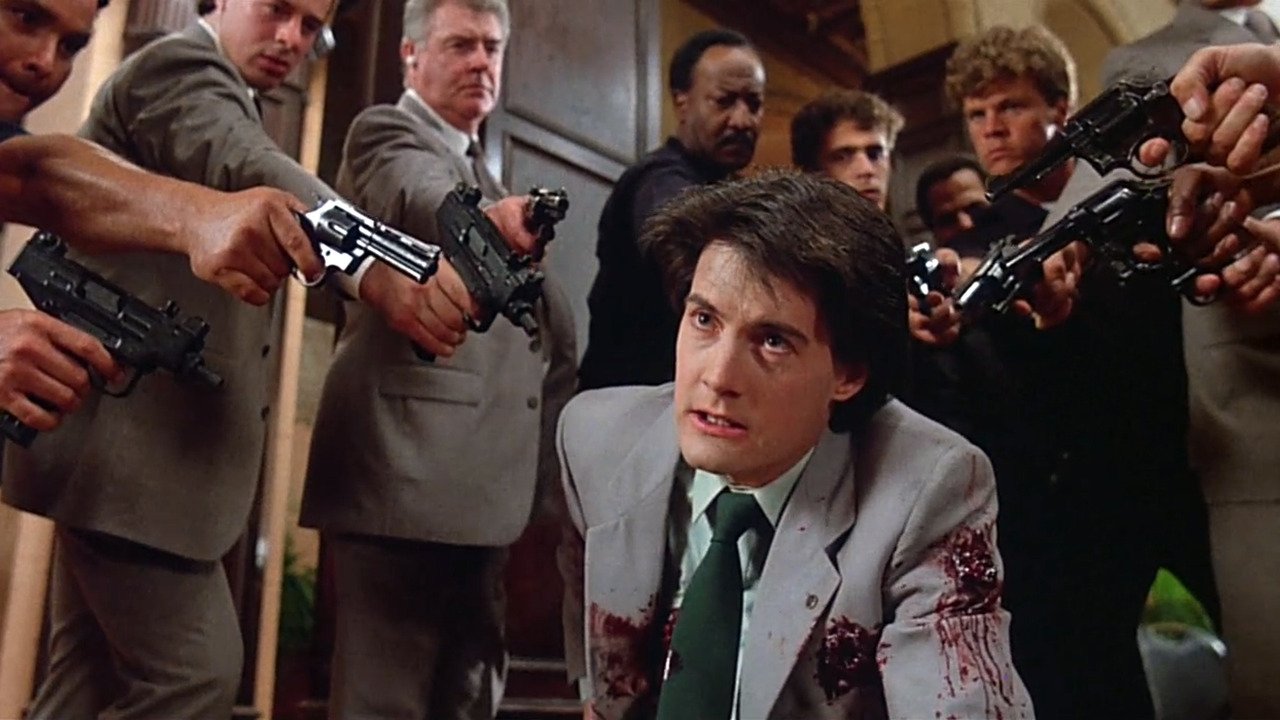 The 1980s was a surprisingly good decade for films that merged and mixed genres. The Hidden (1987), a mix of body-snatcher science fiction, crime thriller, and offbeat buddy cop drama, is one of the better films to come out of this cinematic culture.

Kyle MacLachlan (fresh off Blue Velvet) is a touch odd and socially out of step as a Seattle FBI agent who teams with a Los Angeles homicide cop (Michael Nouri) to stop a sociopathic thief and impulse killer. When their suspect dies (it takes a high-speed wreck and dozens of gunshots just to knock him down), the spree is taken up by another guy with no previous criminal record. And then another. It turns out both the criminal and the oddball, obsessive agent are actually aliens inhabiting human bodies.

MacLachlan has some comic moments but exudes compassion and emotional pain under his well-played awkwardness, confused with everyday objects but utterly driven in his pursuit of the tag-team criminal chain. Nouri is an everyman police detective, not sure he understands what’s going on but ready to back up his oddball new partner. The clever original script by Jim Kouf builds a sense of mystery and hooks audiences with enticing details and a series of actors (including Chris Mulkey, Claudia Christian, Ed O’Ross, and even a dog) deliver a terrific collective performance as the id-driven parasite with an appetite for money, cars, sex, and violence with their shared body language.

Director Jack Sholder serves the script well with his direction of actors, the punchy drive of the careening car chases and escalating gunfights (which include a bazooka and a flamethrower before the film is over), and the warmth of Nouri’s family scenes and MacLachlan’s concern for and connection with his human partner. He turns this high concept, low budget sci-fi thriller into a minor classic.

Also on Blu-ray and DVD and on SVOD through Amazon Video, iTunes, GooglePlay, Vudu and/or other services. Availability may vary by service.
The Hidden [Blu-ray]
The Hidden [DVD]