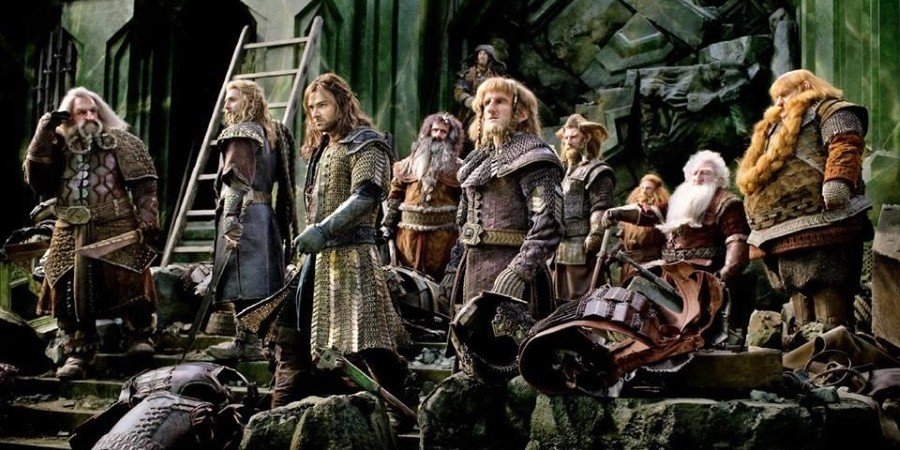 The Hobbit: The Battle of the Five Armies, the third and final installment of Peter Jackson’s supersized take on J.R.R. Tolkien’s fantasy, opens with a spectacular dragon attack on Laketown and tops it with a battle that nearly dwarfs the Middle Earth-shattering war Lord of the Rings trilogy (pun intended). It’s Elf and Man against Dwarf, but for the Orcs it’s personal. Which, as any fan of the original novel “The Hobbit” will tell you, pretty much misses the point of the story. But then Jackson isn’t interested in a faithful interpretation of Tolkien’s novel as much as backfilling a prequel story to The Lord of the Rings, transforming the novel’s story of legacy and destiny warped into greed and hubris, a grand fantasy adventure with dragons and trolls and Shakespearean dimensions, into the initial stirrings of the evil Sauron and a war that will engulf the world and all the races.

That pretty much sidelines Bilbo Baggins (Martin Freeman), the ostensible hero of the tale, while redirecting the focus to characters who never appeared in the original novel or in Tolkien’s universe at all, namely the above-mentioned Orcs with a grudge against Thorin (Richard Armitage), the Dwarf who would be king. The final half of the film, which is already the third film in the telling, is an enormous battle and, yes, it is impressive as a physical thing. It’s also exhausting and overdone, with two Orc villains who prove comically unkillable. These guys are fiercer than the next generation Orc-Goblin hybrids that Sauroman breeds in Lord of the Rings. Those caveats aside, it’s an exciting film with a grand sense of scale and sweep and a sure sense of weaving together multiple stories in the climactic battle. Jackson is really quite adept at these things and he keeps the stories straight and the momentum up. What he misses is the heart of Tolkien’s tale. For that, we just may need to wait for someone to edit this story down rather than expand it even more.