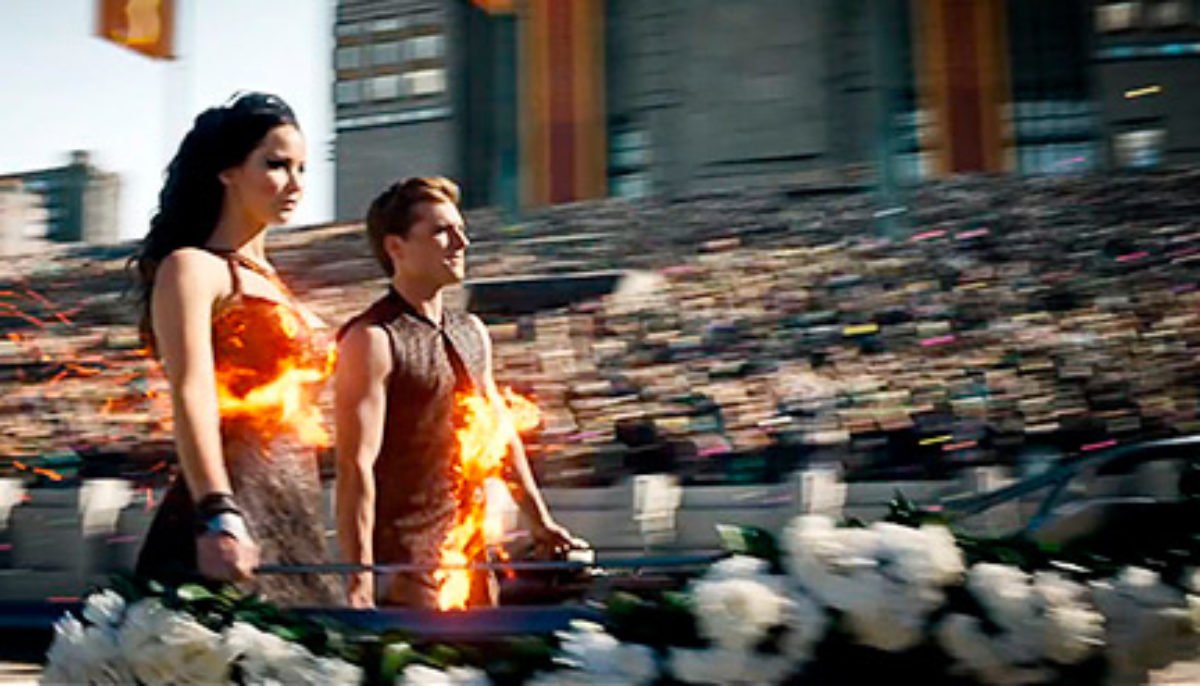 The Hunger Games: Catching Fire (2013), the second film in the young adult dystopian series starring Jennifer Lawrence as Katnis Everdeen, the reluctant warrior who is dropped into a brutal deathmatch, improves upon the original The Hunger Games (2012) in almost every way.

Taking the same basic premise—a despotic government that keeps its citizens in poverty and reminds them of its power by drafting the young into a modern gladiatorial ring to kill or be killed on TV—this one digs deeper into the idea of power and control and the way media is used as a tool of oppression.

With the victorious Katnis emerging as a symbol of resistance and inspiring dissent, the dictatorial “President” Snow (Donald Sutherland) breaks with tradition and sends her and her fellow survivor Peeta (Josh Hutcherson) back to the games for a tourney designed to kill her off on front of the entire nation. But this time she has allies…

Director Francis Lawrence understands the novels better than previous director Gary Ross. Katnis’s District 12 doesn’t look like an ennobled patch of poverty in the majesty of the wilderness this time, it’s a rural slum caked in coal dust, and the districts are essentially open slave pens for people who will be worked to death without any hope of escape. The façade of the luxurious capitol is built within a veritable bunker. And Katniss is no selfless heroine, simply a young woman who acts on instinct to protect who she loves rather than simply protect herself.

The rest of the cast is back: Liam Hemsworth as Katnis’ boyfriend back home, Woody Harrelson as her coach, Elizabeth Banks as her reluctant style advisor, Stanley Tucci as the flamboyant master of ceremonies, plus Paula Malcomson, Willow Shields, Toby Jones, and others. Philip Seymour Hoffman, Jena Malone, Sam Claflin, and Jeffrey Wright are new to the cast this time around.