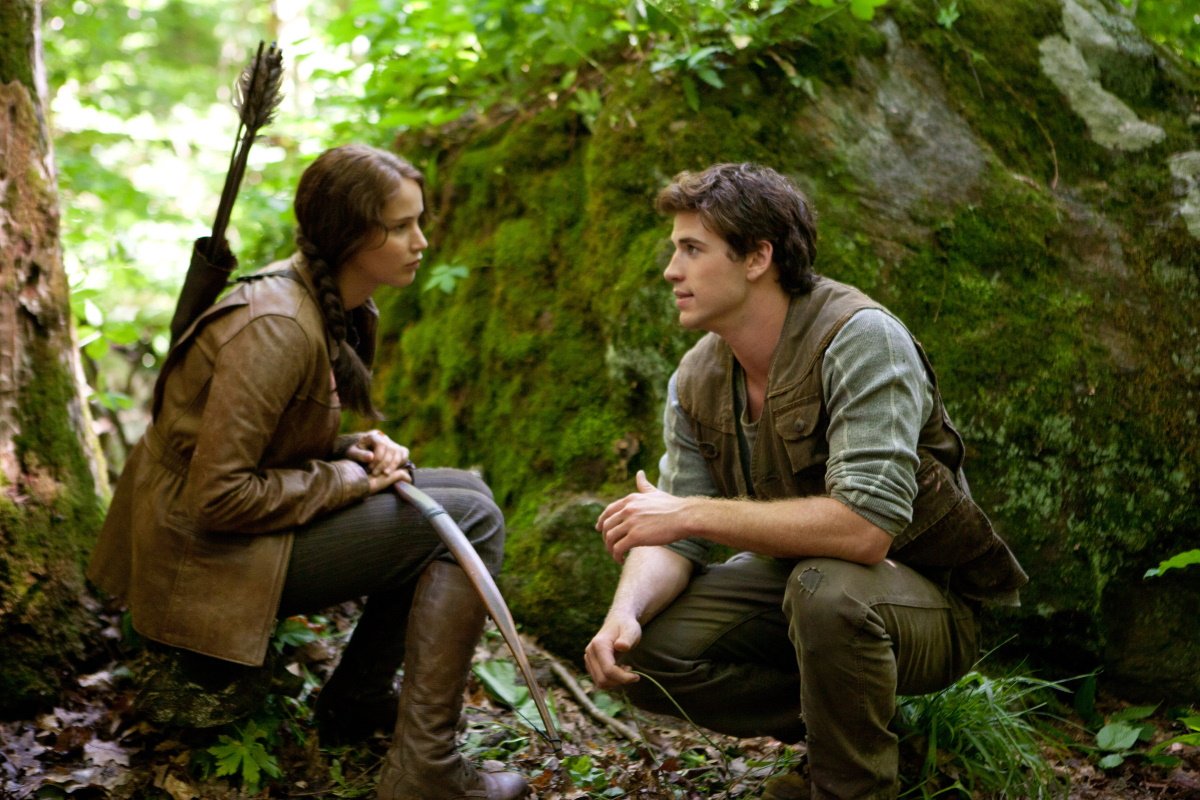 Based on the first book in the dystopian trilogy by Suzanne Collins, The Hunger Games (2012) was one of the more successful efforts to transform a hot young adult series into a big screen franchise, more mature than Harry Potter and grittier than Eclipse, and even a little political in its own right.

The story of Katnis Everdeen, a teenage girl in a bleak future that resembles Depression-era Appalachia, succeeds in its big screen incarnation thanks largely to Jennifer Lawrence. She plays a character not unlike her breakthrough role in Winter’s Bone; more than self-sufficient, she’s become provider and protector for her impoverished household.

It’s a kind of survivalist training that serves her when, to protect her kid sister (Willow Shields), she’s suddenly yanked from her home and dropped into a modern gladiatorial ring to kill or be killed. If Lawrence is just a little too old for the part of a girl on the verge of womanhood, she’s still a ferocious figure in a feral world, a survivor discovering that, at her most alone, she’s actually part of a bigger community.

She’s also surrounded by a terrific cast. Woody Harrelson is the former champion, now an alcoholic cynic, who becomes her coach and training advisor. Donald Sutherland is the despotic dictator who gleefully keeps the working class under his boot heels to protect the power and privilege of the elite in the decadence of the capital. Stanley Tucci and Elizabeth Banks play their parts in turning the brutal arena challenge into an entertainment spectacle. Liam Hemsworth is Katnis’ boyfriend back home, and Josh Hutcherson the compassionate baker’s son who is sent, woefully unprepared for combat, with Katnis to the games.

I confess that for all my issues with the film (and there are many), I more impressed at how much it got right. The adaptation borders on slavish, to be honest, with subplots shaved down or simply cut out and new scenes added to show us what Katniss (who narrates the novel from her perspective) couldn’t see, but it also homes in on the personalities, the culture, and the sense of overwhelming corruption and control beyond the comprehension of this girl from the provinces.

Gary Ross, who directed and adapted the novel (along with author Suzanne Collins and screenwriter Billy Ray), understands the material and makes a good faith effort to be true to it. He can’t help but prettify the poverty (their coal mining town is far too lush and free of dust and grime to be convincing) and never quite captures the desperation, the exhaustion, and terror of Katnis’ ordeal. But he engages with the intensity of the experience and grounds the metaphors in a physical world. And he was successful enough to satisfy the core audience: the fans of the book. It was a hit and the story played out in three additional films, beginning with The Hunger Games: Catching Fire (2013), which is directed with more flair and grit by Francis Lawrence, and concluding in The Hunger Games: Mockingjay – Part 1 (2014) and The Hunger Games: Mockingjay – Part 2 (2015).

It won a BAFTA Children’s Award and a Grammy for original song, and it swept the Teen Choice Awards, among the its many recognitions.

The Hunger Games was originally released on 2-Disc Blu-ray and DVD editions featuring “The World is Watching: The Making of The Hunger Games,” a comprehensive two-hour documentary that follows the production essentially from acquiring the book through the release of the film (including all the promotional efforts along the way).

Also features the 14-minute featurette “Game Maker: Suzanne Collins and The Hunger Games Phenomenon” (on the original novels), the rather unusual “Letters from the Rose Garden” (centered on letters written back and forth between actor Donald Sutherland and director Gary Ross in preparation for the film), “Controlling the Games” (on the control room scenes, original to the movie), the 14-minute interview “A Conversation with Gary Ross and Elvis Mitchell, and the entire “Propaganda Film” played in the “reaping scene,

Exclusive to the Blu-ray is the brief but effective three-minute featurette “Preparing for The Games: A Director’s Process,” which runs a scene from the film next to the storyboards and the original script, all presented simultaneously on separate quadrants of the screen, to illustrate the script-to-screen process.