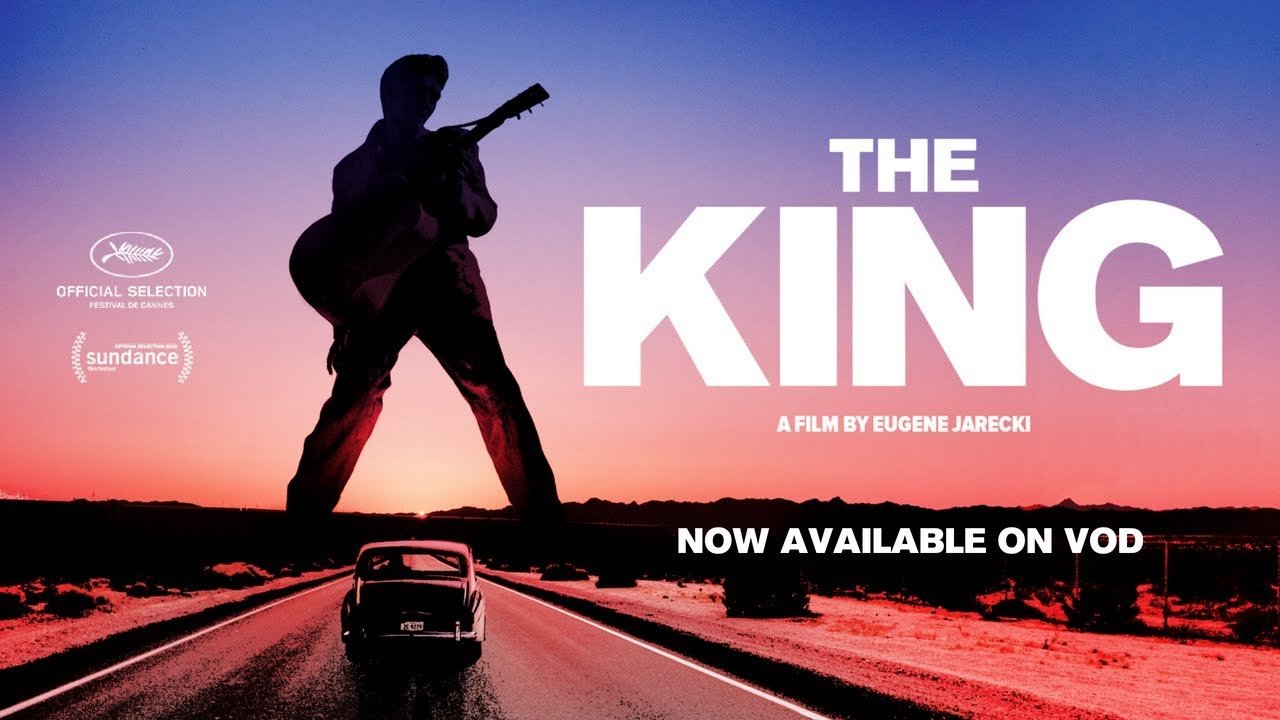 Elvis Presley is ostensibly the subject of The King (2018), Eugene Jarecki’s rambling road movie of a documentary. The award-winning director drives Presley’s 1963 Rolls-Royce across the US, from Mississippi and Memphis to Nashville, New York, Las Vegas, Hollywood, and elsewhere, talking to historians, musicians, members of Presley’s inner circle, and everyday Americans. Elvis centers the film but is also a starting point for a much more wide-ranging discussion of the state of American life, and that discussion takes off in all directions. That Jarecki began his odyssey in the months leading up the 2016 election and ended up on the other side of it only adds fuel to the discussion. Not of political identity, mind you, but of America itself. Elvis is the touchstone that centers it all, with Jarecki using his life and legacy as both a roadmap for the cultural odyssey and as a metaphor for the state of contemporary America.

What does Elvis mean to you? That question brings a myriad of responses. Ethan Hawke (a co-producer on the film) shares stories from the Elvis legend like they were American myths. “Elvis was a hero to most / But he never meant shit to me you see,” spits Chuck D. in the Public Enemy song “Fight the Power,” while in new interviews the rap legend reflects on the cultural resonance of Elvis. Van Jones notes how Elvis rose to fame appropriating black music while David Simon observes that “the entire American experience is cultural appropriation.” One doesn’t negate the other and Jarecki offers equal weight to all. Great documentaries are built on the defining contradictions of their subjects.

The King is awash in the contradictions of Presley’s life. The business savvy of his manager, the notorious Colonel Tom Parker, turned the rockabilly phenomenon into a national sensation and the made him a multi-millionaire, but also drove him from making music to cranking out a succession of increasingly insipid (and in many ways soul-crushing) movies that betrayed his gifts and his promise. The military service that makes men of American boys was where Elvis first bumped into substance abuse. The fame that made him a popular culture phenomenon, built at least in part on his easy country boy humility and charm, also cut him off from the world. The poor boy from Tupelo, Mississippi who became the King of Rock and Roll died an obese, drug-addicted recluse at the age of 42. Elvis is both the exemplar of the American Dream and a metaphor for its spiral into American nightmare.

Jarecki is particularly gifted at finding metaphors at almost every turn, beginning with the Rolls-Royce that drives the narrative. With Jarecki behind the wheel (only briefly on camera, he is heard in the background throughout), interview subjects hop into the passenger seat for a conversation and musicians pile in the back to perform. Elvis loved cars; he owned a fleet of them. The car represented freedom and mobility in the years after World War II, when car ownership was within the grasp of more Americans than ever, and the U.S. was the automotive king of the post-war world. (Writer David Simon, who beautifully explored the state of the American city in The Wire, takes Jarecki to task for choosing the European Rolls-Royce over the American-made Cadillac, which he argues makes for a better metaphor). But a detour through Detroit reminds us how the collapse of the auto manufacturing industry brought a prosperous city to the brink of ruin and left thousands upon thousands of Americans without work. And when the Rolls breaks down and Jarecki keeps filming while his team works to get it running again, the metaphor collides with reality.

The humble beginnings of Elvis have been romanticized for decades. The King visits the ramshackle rental where young Elvis lived with his mother while awaiting his father’s release from prison and finds another family living on the edge of poverty. There’s nothing romantic in their observation that the country “has gone to shit.”

Jarecki’s reach exceeds the grasp of a single documentary, all to the benefit of the film. The contradictions of Presley’s life reverberate through the culture around us. Archival snapshots of American prosperity collide with interviews of working Americans struggling to stay afloat. The screaming teenagers of Elvis shows bounce off of images of Trump rallies. The hard-rocking young Elvis, the great American success story, becomes the bloated crooner sweating on stage weeks before dying on a toilet in his self-imposed isolation of Graceland. Yet the voice of Elvis singing “Unchained Melody” in that final TV performance, emerging from a body drowning in excess, is tender and impassioned and beautiful. Is the American Dream dead, a victim of excess and greed chasing the quick buck over meaningful creation? Pick your own metaphor; The King is full of them. What makes the film so provocative is that they all resonate. No one has the monopoly on truth here and Jarecki doesn’t privilege the celebrities over the civilians or the historians over the fans. Which makes The King the most democratic of documentaries.

, iTunes, GooglePlay, Fandango, Vudu and/or other services. Availability may vary by service.
The King [Blu-ray]