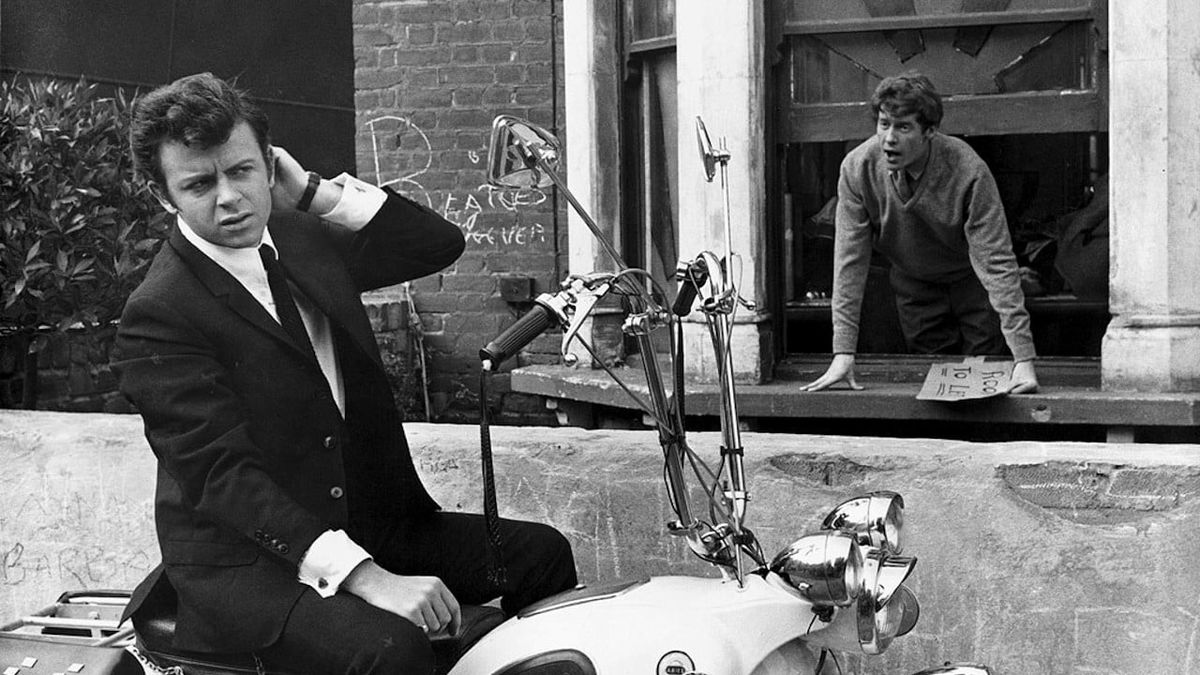 In Britain in the early 1960, as “serious” directors were making socially-aware dramas in a movement that was called the “kitchen sink dramas,” American-born Richard Lester was making comedies inspired by the zany humor of the radio comedy “The Goon Show” and the freewheeling cinematic vocabulary of the French New Wave.

Fresh from the playfully exuberant A Hard Day’s Night, which set the bar for rock and roll cinema and inspired the modern music video, Richard Lester continued the same acrobatic, tongue-in-cheek style in The Knack… and How to Get It (1965), his adaptation of Ann Jellicoe’s lightweight play “The Knack,” creating a delightfully frivolous take on swinging London and the sexual revolution.

Michael Crawford is grade school teacher Colin, the meek landlord of a flat where lives Tolen (Ray Brooks), who has “a certain success with the ladies” (which Lester exaggerates in a simultaneously poetically delicate and outrageously dreamy image of identically clad young women lining up the staircase and out the door into the streets for their turn with Tolen). When Tolen agrees to teach Colin a few tricks he decides he needs a bigger bed. Meanwhile Nancy (Rita Tushingham) arrives in London. While Colin and his new border Tom (Donal Donally) push Colin’s new brass bed home through the streets of London (which Lester shoots with a “candid camera” technique to elicit surprised reactions from unsuspecting onlookers) they “pick-up” Nancy, but Tolen moves in for the make while Colin chokes on small talk.

Crawford’s underdog desperation and mix of innocence and desire makes for an appealingly nerdish hero but Tushingham’s kooky charm and deft comic delivery steals the film. Lester’s offbeat sense of humor and zippy pace drive this goofy romance and compendium of sight gags and non-sequiters, while John Barry’s lovely score balances the energy and invention with a tender romanticism. It’s delightful and playful, and for all the talk of sex, it’s innocent and sweet.

It won the Palme d’Or at Cannes and was nominated for six BAFTAs, including best British film.