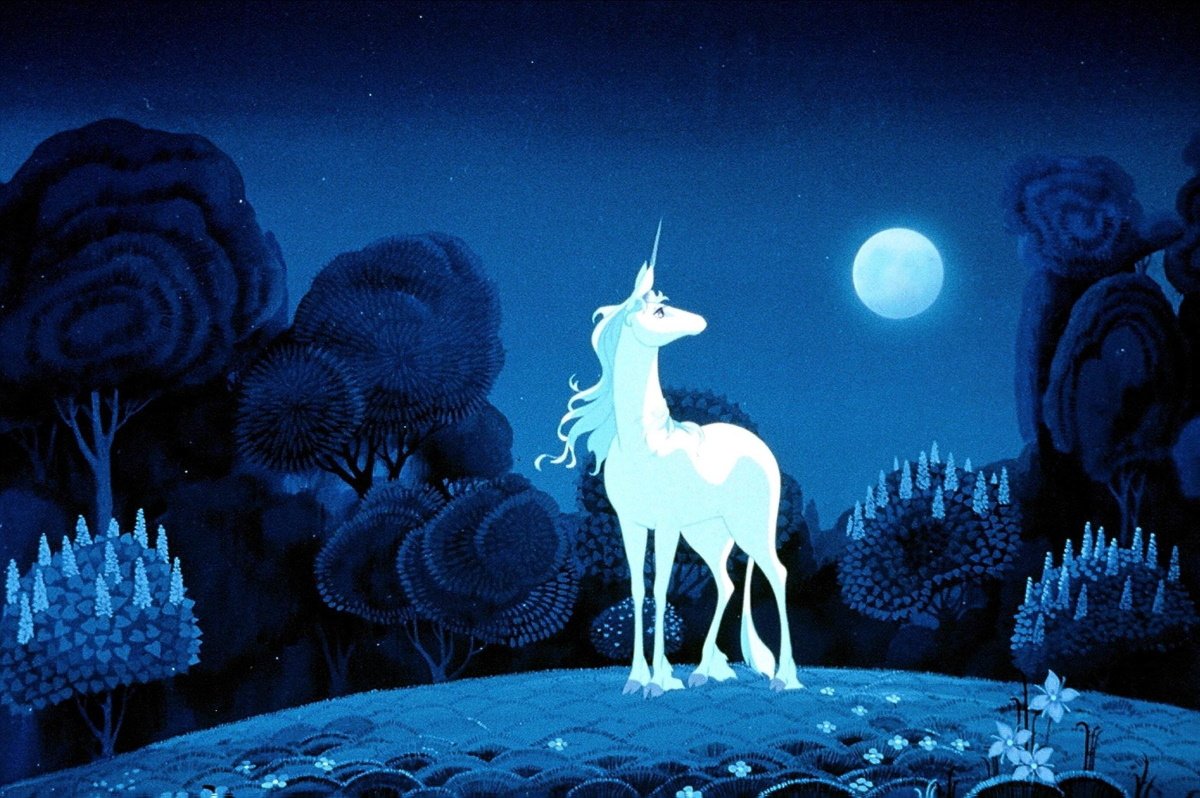 The 1982 animated fantasy The Last Unicorn (1982), based on the novel by Hugo Award-winning author Peter S. Beagle (adapting his own book for the screen), is from another era of feature animation when filmmakers could get away with limited imagery and simple, stylized character designs.

Amalthea (voiced by Mia Farrow) is believed to be the last unicorn in a world losing its magic, on a quest to find others of her kind. Her journey takes her to a witch who imprisons magical creatures for her sideshow and a demonic red bull. Alan Arkin voices the well-meaning magician who uses his limited powers to protect her.

While it shows its age, it is carried along by a particularly strong story and a sophisticated script, a kind of anti-“Little Mermaid” fable where turning human is not necessarily the vaunted goal. And the superb voice cast includes Tammy Grimes, Christopher Lee, Angela Lansbury, Robert Klein, and Jeff Bridges as the Prince.

It’s produced and directed by TV animation veterans Jules Bass and Arthur Rankin Jr. (who populate the world with creatures that could have come from their made-for-TV Return of the King) in collaboration with the Japanese studio Topcraft. The animation, though limited, is graceful and nostalgic, a callback to the era in which it was produced, as are the songs written by Jimmy Webb and performed by America, which aren’t bad but are not particularly memorable.

Kids raised on the high quality of animated Disney and Pixar films may find it quaint, but it became a cult favorite over the years, an intelligently made film that takes an interesting path through the world of animated fantasy.

The Blu-ray and DVD releases feature commentary by author Peter S. Beagle (who adapts his own novel) and publisher Connor Cochran and the making-of featurette “Immortal Characters” along with numerous featurettes on the author and the original novel and various galleries of art and interactive games and activities.