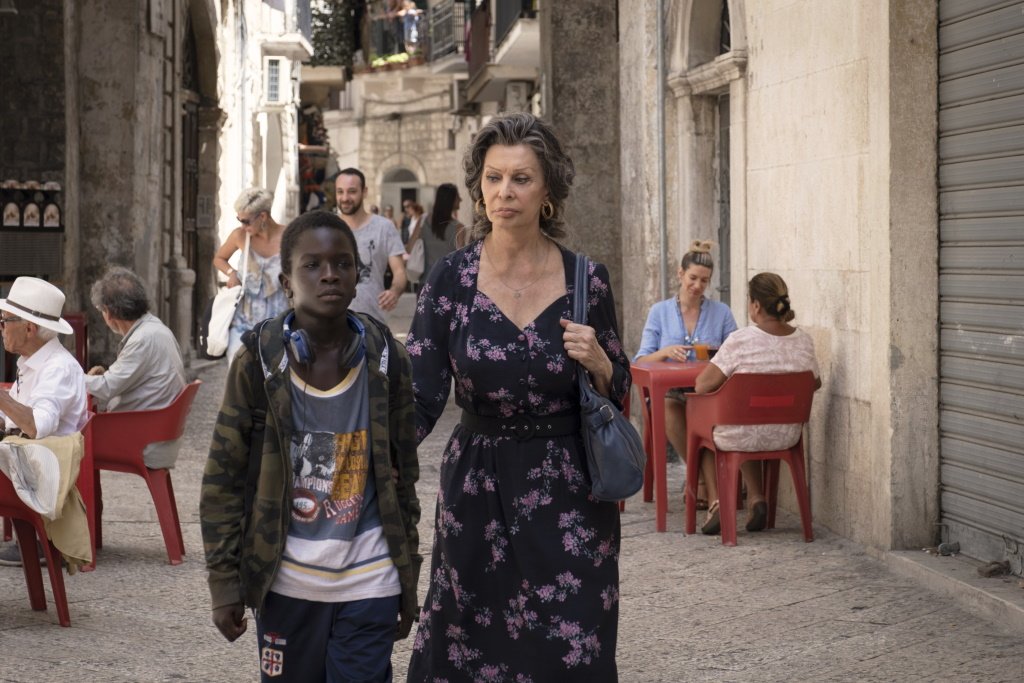 Screen legend Sophia Loren stars in her first feature in a decade as a Holocaust survivor who takes in an orphaned immigrant (Ibrahima Gueye) who robbed her in “The Life Ahead” (Italy, 2020, PG-13, with subtitles). What could be a sentimental drama of tough love across generations and cultures is enriched by the vibrant portrait of life in the Italian neighborhood and the clear-eyed portrait of senility in the aging widow. It’s adapted from the novel by Romain Gary, who was previously made into the Oscar-winning drama “Madame Rosa,” and directed by Edoardo Ponti (Loren’s son). (Netflix)

The documentary “I Am Greta” (2020, not rated) profiles Greta Thunberg, the teenage activist whose high school strike for the climate evolved into a global movement. Filmmaker Nathan Grossman began the documentary before the quiet, shy Swedish girl became internationally famous and offers viewers a look at her family life. (Hulu)

A talented high school kid (Otto Farrant) is drafted into becoming a secret agent in “Alex Rider,” a young adult spy series from England based on the books by Anthony Horowitz. The first season sends the junior James Bond to a mysterious academy for the problem children of the world’s elite. (Amazon Prime and IMDb TV)

Filmed over the course of five years, the documentary “Transhood” (2020, TV-14) follows the lives of four young people and their families as they each navigate growing up transgender in Kansas City. (HBO Max)

“Bill and Ted Face the Music” (2020, PG-13) reunites Keanu Reeves and Alex Winter as the fun-loving duo as middle-aged father in arrested adolescence who go on a new excellent adventure with their teenage daughters (Samara Weaving and Brigette Lundy-Paine). Also new:

Premium VOD: David Oyelowo and Angelina Jolie star in “Come Away” (2020, PG), a family drama that reimagines both the heroes of “Peter Pan” and “Alice in Wonderland” as siblings who create their own fantasy worlds. Anna Chancellor, Michael Caine, Derek Jacobi, Clarke Peters, and Gugu Mbatha-Raw costar in the live action film from “Brave” director Brenda Chapman. Also new:

“Fruitvale Station” (2013, R), the Sundance award-winning debut from filmmaker Ryan Coogler (“Black Panther”), is a devastating drama based on the unprovoked killing of an unarmed young black man (Michael B. Jordan) by transit officers in Oakland.

The four-part docudrama series “The Liberator” (not rated) uses animation to chronicle one of the bloodiest battles in the Allied liberation of Europe in World War II.

True stories: the limited series crime documentary “Trial 4” (not rated) chronicles the decades-long fight by Sean K. Ellis to prove himself innocent of a murder charge.

International passport: The six-part limited series “The Minions of Midas” (Spain, with subtitles) follows a businessman (Luis Tosar) blackmailed by a mysterious organization. Award-winning filmmaker Mateo Gil directs and cowrites the series, adapted from the short story by Jack London.

Arriving Sunday is the fourth season of “The Crown” (TV-MA), which costars Gillian Anderson as Margaret Thatcher.

“James May: Oh Cook: Season 1” (not rated) is a cooking show for people who don’t think they can cook.

Orlando Bloom takes a different kind of role as a working man who stumbles across the priest who molested him as a child in “Retaliation” (2020, R).

David Mackenzie directs “Tonight You’re Mine” (2012, R), romantic comedy shot on location in the midst of the chaos and craziness of a real-life music. (Amazon Prime and Hulu)

The new foodie series “Eater’s Guide to the World: Season 1” (not rated) includes a tour of Seattle restaurants.

Russell Crowe and Ryan Gosling are “The Nice Guys” (2016, R) in this throwback to the action comedies of the seventies

Dan Stevens plays Charles Dickens in “The Man Who Invented Christmas” (2017, PG), a fanciful retelling of the author’s struggle to write “A Christmas Carol” costarring Christopher Plummer as Ebenezer Scrooge.

International passport: a cosmonaut returns from space with an alien parasite inside of him in the science fiction thriller “Sputnik” (Russia, 2020, not rated, with subtitles).

The animated kids show “The Mighty Ones: Season 1” (TV-Y) follows a group of wildlife creatures in an unkempt back yard. (Hulu and Peacock)

The limited series “Inside Pixar” (TV-G) profiles the people, artistry, and culture of Pixar Animation Studios.

The comedy special “Sketchy Times with Lilly Singh” (2020, TV-14) is essentially a one-woman show shot entirely from her home during quarantine.

Fred Armisen, Tim Heidecker and John C. Reilly are astronauts in training in the comedy “Moonbase 8: Season 1” (TV-14). All episodes available to stream.

Kelly Reichardt’s award-winning frontier drama “First Cow” (2020, PG-13) brings the director back to Oregon, the setting of her breakthrough films.

A single mother and environmental consultant (Orla Brady) gets involved in the protests over a Norwegian-owned offshore wind farm in the Irish drama “The South Westerlies: Season 1” (not rated).

The nonfiction series “Becoming You: Season 1” (2020, TV-G) observes over 100 children across the world to explore how the first 2000 days of life shapes a child’s development. The first six episodes available.

The documentary “Fireball: Visitors From Darker Worlds” (2020, TV-PG) from filmmaker Werner Herzog loves at how the meteor strikes have helped shape the planet.

Leo McCarey’s “Make Way for Tomorrow” (1937) turns the Depression-era drama of an aging couple (Victor Moore and Beulah Bondi) into a touching and heartbreaking classic. Criterion Channel presents it with supplements from its special edition disc release. Also new: