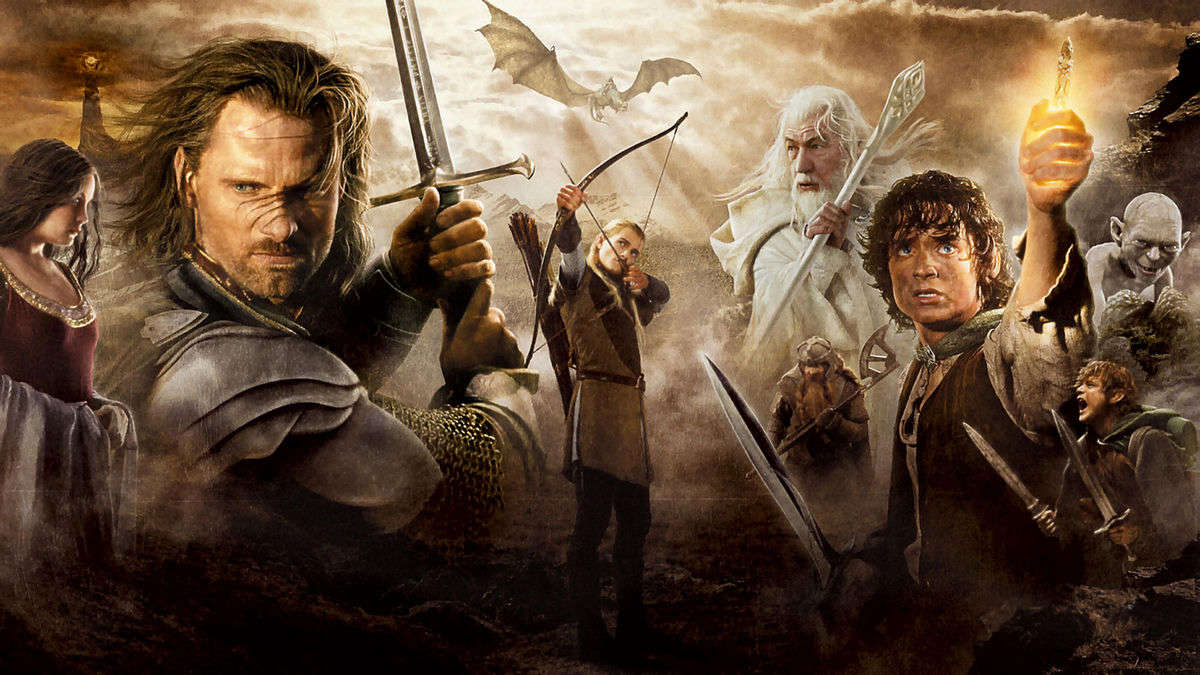 When Peter Jackson swept the Oscars with the final installment of his unprecedented epic trilogy, it was generally acknowledged that the award was for the entire achievement. Which is, I suppose, as it should be.

The theatrical The Lord of the Rings: The Return of the King (2003) is less nuanced than the previous films, a busy third act that takes the viewer into a conflict of (quite literally) Middle-Earth shattering dimensions. It lumbers along for an hour, then tries to top The Two Towers with not one but two monumental battles, where the spectacle finally swallows the individuals in a veritable hurricane of action.

As a third act to an epic tale, however, it is a blood and thunder finale that takes the viewer into a conflict of (quite literally) Middle-Earth shattering dimensions. If anything, Peter Jackson and his collaborators try to do too much with the final book of J.R.R. Tolkien’s fantasy trilogy. It spreads itself so thin over the multiplying stories and characters that the journeys of Frodo (to destroy the One Ring in the fiery pits of Mount Doom) and Aragorn (leading the battle against Sauron’s armies) have a tendency to get lost in the narrative rearranging. In addition, fans of the book will miss the almost unforgivable omission of the final chapter of the Hobbits’ tale: the Scouring of the Shire, which brings the war home.

Yet in the scope of the achievement, these are niggling details. Once again, Jackson’s eye for detail works to create vivid scenes of intimate drama and impressive spectacle, and his actors give the larger than life adventure a mythic grandeur built on a human foundation. Even if those characters aren’t human but hobbit, elf, or dwarf.

As with the previous films in the trilogy, Jackson released an extended version exclusively to home video a year after the original theatrical release. The extended edition, which runs over 260 minutes with credits, restores the character and relationships overwhelmed in the spectacle and gives the film back its narrative rhythm. There is room to prepare before battles, to celebrate and mourn and heal after battles, and to breathe and worry and live throughout.

Some of the additions are merely marvelous grace notes (a lovely scene between Pippin and Faramir (David Wenham) that creates a personal connection paid off in his rescue of Faramir, and Merry gives hope of Eowyn (Miranda Otto) on the march to battle at Minis Tirith), others welcome reminders of the source material (Sam and Frodo are conscripted into an Orc army on the road to Mt. Doom). The most essential addition is the confrontation between Gandalf and Sauroman (completely absent in the theatrical cut), and a satisfying—if unexpected—closure to Sauroman’s story. Very little was changed in what was the final hour of the original cut, which means that the Scouring of the Shire is still absent, for good narrative reasons, but there is something false about the way that the Shire has remained innocent and untouched while a war has ravaged the rest of the world.

Yet in the scope of the achievement, these are niggling details, and with the additional footage, the flawed masterpiece feels not merely more complete, but more perfect.

The epic begins in The Fellowship of the Ring and The Two Towers.

Add to My Watchlist on Amazon Prime Video or to My List on HBO Max, or add the Extended Edition to My List

Supplements on the two-disc special edition of the original theatrical version the original featurettes A Quest Fulfilled: A Director’s Vision and A Filmmaker’s Journey: Making The Return of the King, the made-for-TV National Geographic Special — The Lord of the Rings: Return of the King, and six brief behind-the-scenes featurettes originally made for www.lordoftherings.net.

Disc 3 and 4—”The Appendices”—feature an epic documentary to match the production, following the film from adapting and scripting through constructing the sets and props, shooting the production, and creating the special effects, editing, scoring, mixing, and finally releasing the film, to a kind of afterward as the Fellowship of the production gives their farewells. Some of the more interesting material concerns Tolkien’s mythology and languages, how Jackson and company took elements from Tolkein’s Appendices and his posthumously published The Silmarillion, and why the Scouring of the Shire was left out of the adaptation (Elijah Wood relates a priceless conversation with Jack Nicholson, who complained that the film had “Too many endings”). It is organized in 13 chapters which can be viewed individually, via in an index that links each chapter to appropriate galleries of stills and production notes, or seen straight through as a singe 4 1/2 hour overview.

To supplement the documentary are an atlas of Middle-earth tracing the journey, an interactive map of New Zealand showing the shooting locations, and galleries featuring hundreds of behind-the-scenes photographs, personal cast photos, and production art (which can also be viewed as slideshows with commentaries by the artists). Also features short films DFK6498 and Strike Zone by Cameron Duncan and a separate 30-minute documentary on Duncan (a young filmmaker that Jackson befriended, who was diagnosed with cancer during the shooting of the film).