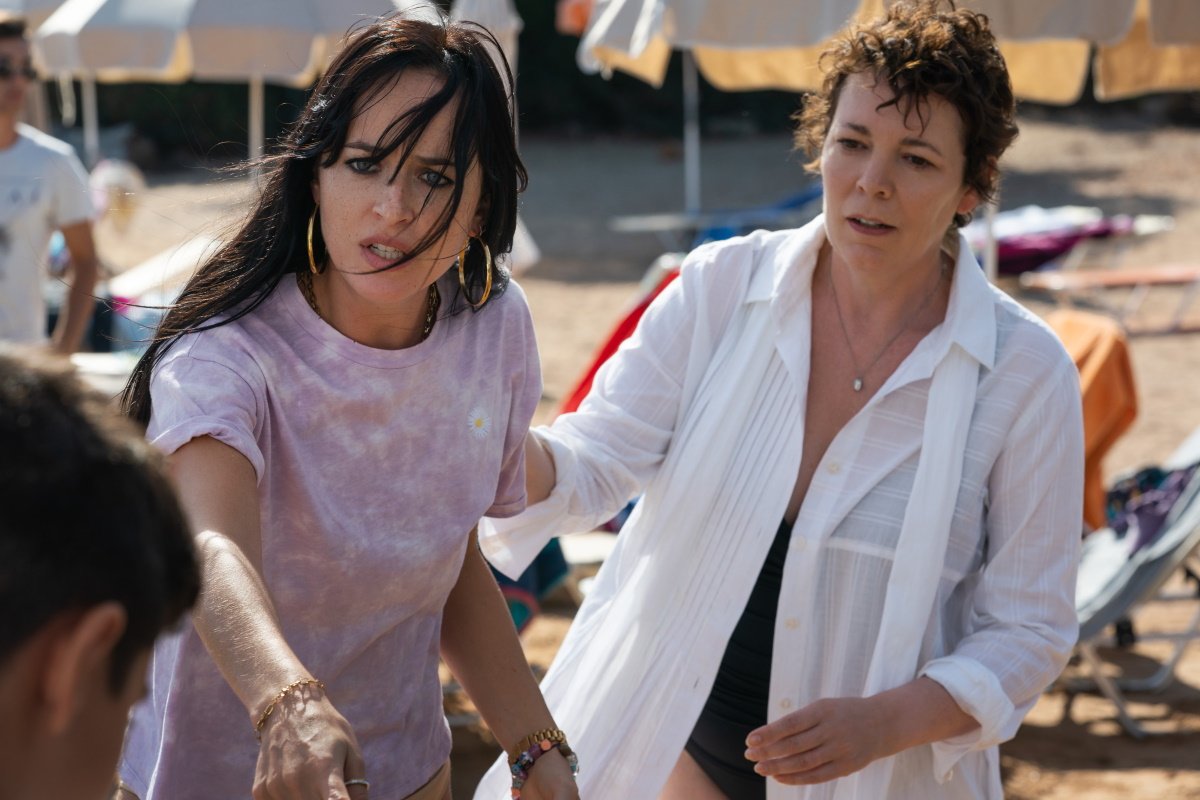 Oscar-winner Olivia Colman brings a compelling complexity to “The Lost Daughter” (2021, R) as a literature scholar on a vacation in Greece whose fascination with a young mother (Dakota Johnson) stirs up troubling memories. This drama of love, motherhood, and guilt is the directorial debut of Maggie Gyllenhaal, who also adapts the novel by Elena Ferrante, and she draws superb performances from her entire cast, including Jessie Buckley as the younger incarnation of the character, Ed Harris, and Peter Sarsgaard. It’s one of the most powerful film’s I’ve seen this year and is sure to earn a number of Oscar nominations. (Netflix)

Another character from the “Star Wars” universe gets its own series in “The Book of Boba Fett: Season 1“ (TV-14), starring Temuera Morrison stars as the infamous bounty hunter Boba Fett and Ming-Na Wen as his loyal partner Fennec Shand. The highly-anticipated spin-off from “The Mandalorian” opens with the pair returning to the sands of Tatooine to stake their claim on the territory once ruled by Jabba the Hutt and his crime syndicate. Jon Favreau writes and produces with Dave Filoni and Robert Rodriguez directs the debut episode. New episodes on Wednesdays. (Disney+)

The documentary “Finding Kendrick Johnson“ (2021, TV-14) digs into the unanswered questions around the death of a high school student and the lies in the official investigation and reveals the institutional racism behind the negligence and injustice. (Starz)

If you’ve cut the cable cord, you can still stream New Year’s Eve countdowns live on Peacock and Paramount+.

And on New Year’s Day, Daniel Radcliffe, Rupert Grint, and Emma Watson celebrate “Harry Potter 20th Anniversary: Return to Hogwarts“ (2021, TV-14) in a reunion special with other members of the cast and creative team. Then you can test your knowledge in the quiz series ​​“Harry Potter: Hogwarts Tournament of Houses: Season 1“ (TV-PG) hosted by Helen Mirren. (HBO Max)

A childless couple raise a strange newborn found on their farm as their child in “Lamb“ (Iceland, 2021, R, with subtitles), a surreal thriller starring Noomi Rapace.

The limited series documentary “Stories of a Generation with Pope Francis“ (TV-14) features men and women from around the world over the age of 70 sharing their life stories.

“Death to 2021“ (TV-MA) is a comic mockumentary look back at the year featuring Hugh Grant, Lucy Lui, Tracey Ullman and others.

International passport: a roboticist from 1995 wakes up 30 years later in the family-friendly science fiction adventure “The Door into Summer“ (Japan, 2021, TV-PG, with subtitles.

Kid stuff: in the animated adventure comedy “Seal Team“ (2021, TV-Y7), a crew of misfit sea creatures team up to take on sharks. Features the voices of Jessie T. Usher, J.K. Simmons, Kristen Schaal, and Matthew Rhys. Also new is “Hilda and the Mountain King“ (2021, TV-Y7), a sequel to the animated series based on the novel by Luke Pearson.

“Lady of the Manor“ (2021, R) is a supernatural buddy comedy starring Melanie Lynskey and Judy Greer.

The tenth season of the clever, quick-witted Canadian comedy “Letterkenny“ (TV-MA) streams in its entirety.

“The Super Bob Einstein Movie“ (2021, TV-MA) celebrates the life and career of the comedian and actor who passed away in 2019.

Bring in the new year with one of six film “Starring Glenda Jackson,” spanning the intimate drama of “Sunday Bloody Sunday“ (1971, presented with bonus interviews) to the romantic intrigue and dry humor of “Hopscotch“ (1980) with Walter Matthau, or five films “Starring Joseph Cotton,” including Orson Welles’ “The Magnificent Ambersons“ (1942, presented with optional commentary and bonus interviews), Alfred Hitchcock’s “Shadow of a Doubt“ (1943), and “Gaslight“ (1944) with Ingrid Bergman and Charles Boyer.