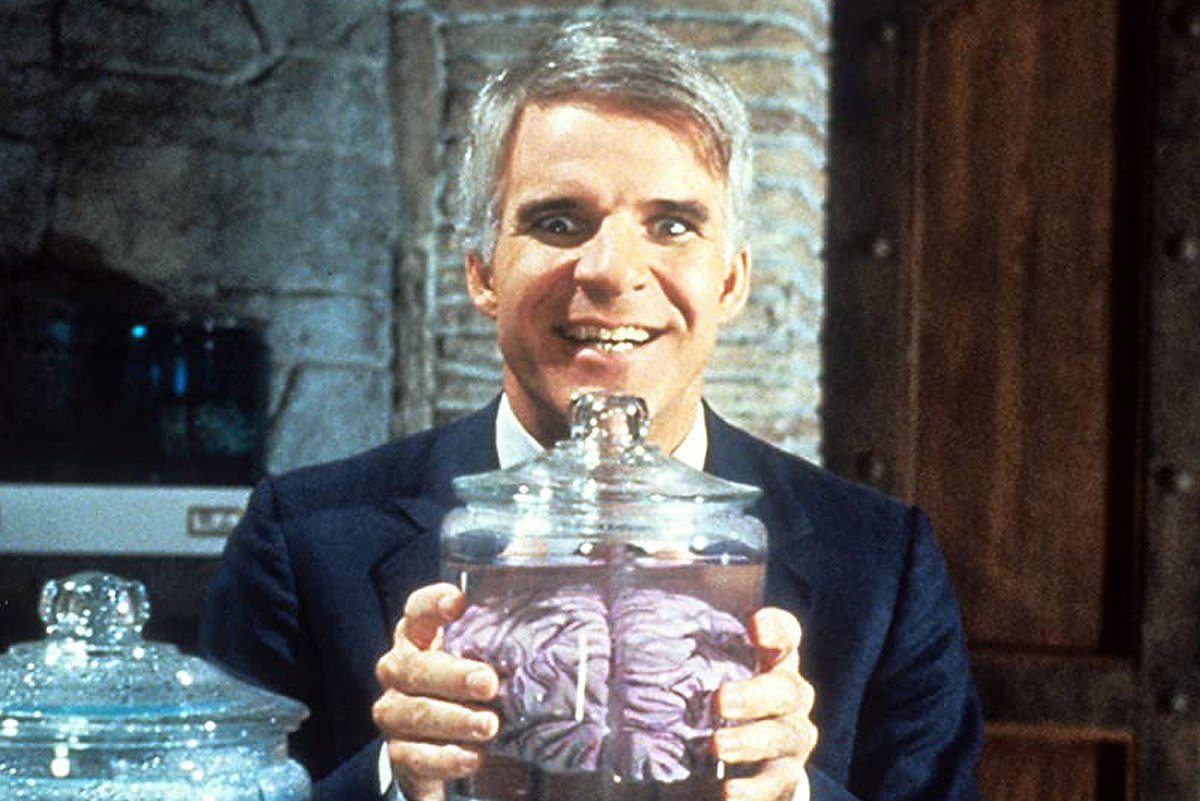 Steve Martin became a big screen comedy star thanks to back-to-back hits with The Jerk (1981) and Dead Men Don’t Wear Plaid (1982). Both had the benefit of a veteran hand guiding Martin from behind the camera: comedy legend Carl Reiner.

They teamed up for a third and final collaboration with The Man with Two Brains (1983), a brightly-colored spoof of mad scientist movies. Martin stars as brilliant brain surgeon Dr. Michael Hfuhruhurr (try pronouncing that three times fastI) who falls for a scheming sexpot (Kathleen Turner) after saving her life in a risky operation. She’s driven one husband to a heart attack and takes delight in tormenting her new hubby, who soon falls in love with a disembodied brain in jar (voiced by an uncredited Sissy Spacek) preserved by a fellow brain surgeon (David Warner).

Like Dead Men, which took on old detective movies and film noir thrillers, this comedy drops the wild and crazy humor of Martin’s standup comedy act in a spoof of old Hollywood science fiction films (from Frankenstein” to Donovan’s Brain), femme fatale melodramas, and impossible love stories. Reiner is a good fit with this kind of humor, a mix of deadpan absurdity and cartoonish visual gags, and he guides the supporting cast to play straight man to Martin’s broad physical humor and Turner’s over-the-top vamping.

As a side note, this is the first of two Martin comedies to put the mind of a lovely soul into the body of a beautiful but evil woman (the other was All of Me), but this one subverts the fantasy with a comic twist.