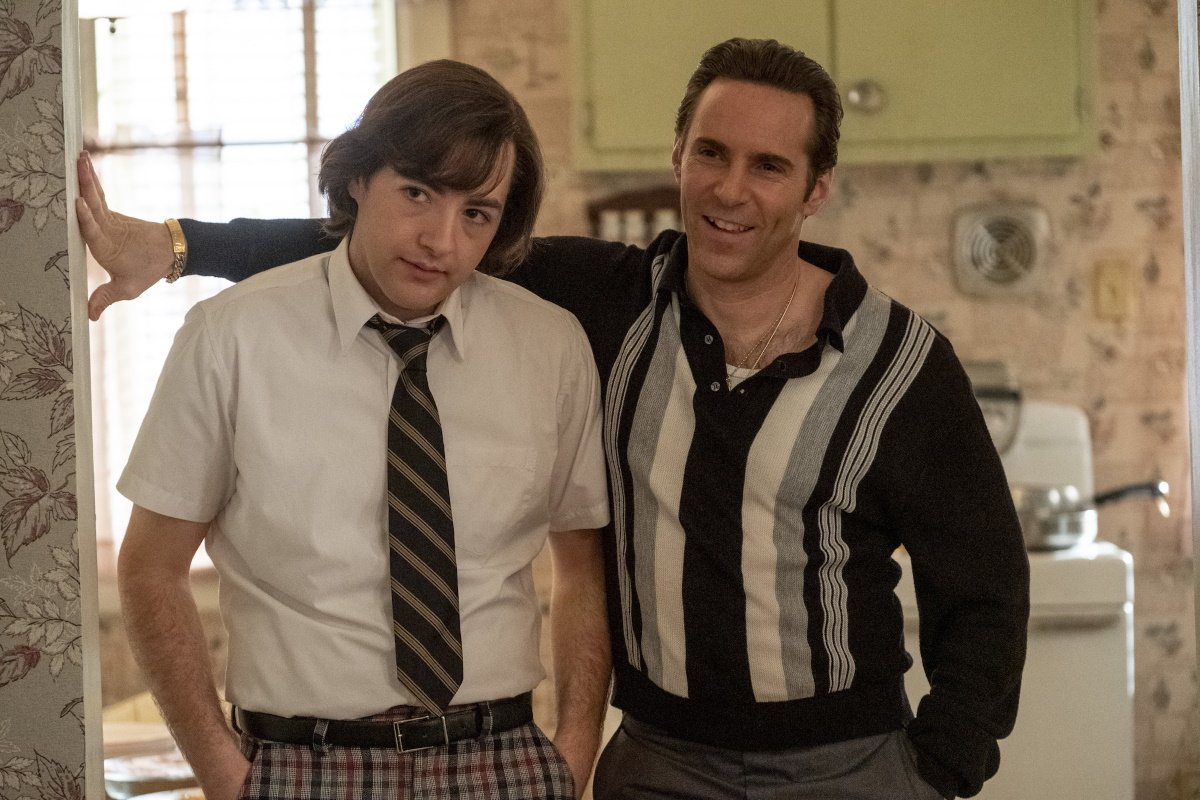 “The Many Saints of Newark“ (2021, R), a prequel to the award-winning series “The Sopranos,” dramatizes the formative years of young Anthony Soprano (Michael Gandolfini) in the crime culture of 1960s New Jersey. Creator David Chase writes and produces and Jon Bernthal, Vera Farmiga, Corey Stoll, and Alessandro Nivola costar. Available to stream same day as theaters, available for 31 days only. (HBO Max)

Jake Gyllenhaal stars as a cop demoted to the 911 call desk who gets a call from a woman in danger in “The Guilty“ (2021, R) and must confront the situation with only a phone. Antoine Fuqua directs this remake of the acclaimed 2018 Danish thriller that takes place almost entirely in a single room. (Netflix)

You can stream the original Danish “The Guilty“ on Hulu.

The limited series “Maid“ (TV-MA), inspired by the best-selling memoir by Stephanie Land, explores the challenges faced by low wage workers through the story of a single mother (Margaret Qualley) trying to support her daughter. Billy Burke, Andie MacDowell, and Nick Robinson costar in the ten-episode drama. (Netflix)

Jon Stewart returns to the issue-oriented talk show with “The Problem with Jon Stewart: Season 1“ (not rated). New episodes on Fridays. (Apple TV+)

News: Hulu is raising the prices next week on both ad-supported and ad-free plans by $1/month. The Disney bundle and Hulu’s live TV service prices are unaffected.

“The Forever Purge“ (2021, R), the latest film in the horror franchise, and the crime comedy “Small Engine Repair“ (2021, R) with Jon Bernthal and Shea Whigham are available on Cable On Demand, VOD, and DVD, and at Redbox.

“Diana: The Musical“ (2021, PG-13), a filmed version of the musical drama starring Jeanna de Waal as Princess Diana, streams as the show prepares for its Broadway opening.

Jeff Daniels and Brendan Gleeson star in the limited series “The Comey Rule“ (2020, TV-MA), based on the non-fiction book by James Comey.

The Nordic Noir mystery “The Chestnut Man: Season 1“ (Denmark, TV-MA, with subtitles) begins with a murder in a Copenhagen playground.

The documentary “My Name is Pauli Murray“ (2021, PG-13) explores the life of the gender nonconforming attorney and activist whose fight for social justice began in the 1940s and contributed to landmark Supreme Court cases. From the directors of “RBG.”

An American ballerina attends a cutthroat dance academy in Paris in “Birds of Paradise“ (2021, R).

“All or Nothing: Toronto Maple Leafs: Season 1“ (TV-14) brings the sports documentary series to the NHL.

A section of Los Angeles falls into primeval world under the surface in the NBC series “La Brea: Season 1“ (TV-14). New episodes stream a day after their TV debut on Hulu and Peacock.

The limited series documentary “Nuclear Family“ (TV-MA) revisits a paternity suit between a sperm donor and the same sex couple in the 1990s from a personal perspective: it’s directed by Ry Russo-Young, who was the child at the center of the suit. New episodes on Sundays.

Carey Mulligan is the “Promising Young Woman“ (2020, R) of this mix of revenge thriller, dark comedy, and social commentary.

The action thriller “Those Who Wish Me Dead“ (2021, R) stars Angelina Jolie as a smoke jumper in Montana who protects a kid on the run from assassins.

More true stories: “The Way Down“ (TV-MA) examines the controversial Remnant Fellowship Church and its founder, the late Gwen Shamblin Lara. Three episodes available, the final episodes due in 2022.

“Midsomer Murders: Season 22, Part 2“ (TV-14) launches a new round of episodes of the British mystery. New episodes on Mondays.

Episodes of “The Walking Dead – World Beyond: Season 2“ (TV-MA) debut a weeks before they show on cable.

“The Perfect Candidate“ (Saudi Arabia, 2019, not rated, with subtitles) from filmmaker Haifaa al-Mansour looks at patriarchy in Saudi Arabia through the drama of a female political candidate. Also new: