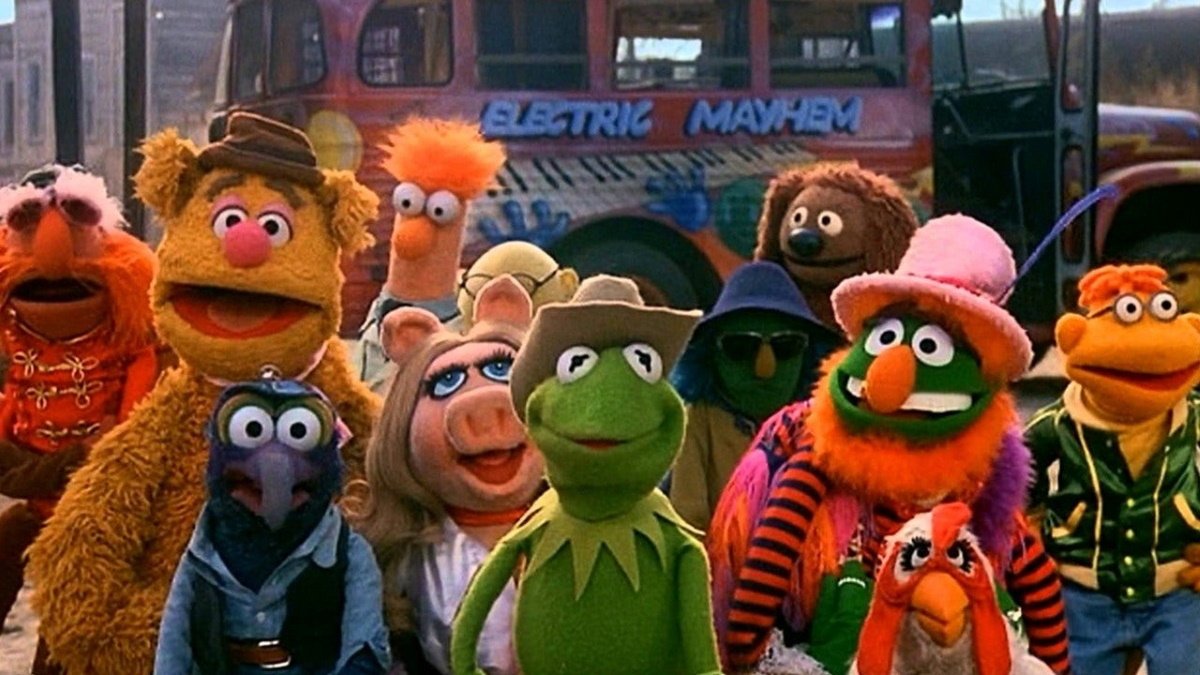 You’ll believe a frog can sing in the original The Muppet Movie (1979).

The first and still my favorite Muppet foray in feature films is a Hollywood fairy tale of an ambitious singing frog who dreams of show biz and hits the road for Tinsel Town, gathering a group of friends along the way (Fozzie Bear, Miss Piggy, Gonzo, and more) and bumping into oodles of guest stars making tongue-in-cheek cameos. Meanwhile a despicable fast-food king (Charles Durning) pursues Kermit, hoping to make him the spokes-frog for his Frogs-Legs restaurant franchise.

Like the TV show that inspired it, this charming musical adventure riffs on movie clichés and conventions with a playfully self-aware spirit. Director James Frawley makes the felt characters foray into the real world work by making the world just as crazy. How many show-biz road trips are complicated by mad scientists and fast food tycoons? The script is Jerry Juhl and Jack Burns (veterans of The Muppet Show) and Henson produces, preserving Henson’s unique brand of off-beat humor, crazy fantasy, and warm friendship.

There is a rainbow connection to The Wizard of Oz, of course, as Kermit the Frog picks up traveling companions along his yellow brick road to Hollywood. But the end of their rainbow isn’t smarts or heart or courage or even fame. It’s friendship and camaraderie: “Getting there is half the fun, come share it with me!”

The road was never so fulfilling and inviting as it is here, with fast friendships and newfound courage around every corner. There’s something for old and young, cynics and optimists, lovers and dreamers and me and you. “Bear left.” “Right, frog.”

It earned Oscar nominations for the original song “The Rainbow Connection” and score by Paul Williams and Kenny Ascher.

Disney gives the film the special edition treatment on Blu-ray and DVD, with an archival camera test conducted by director James Frawley, the Doc Hopper commercial from the movie, a bonus Muppet short, sing-alongs, and the “Disney Intermission” that kicks in with oddball Easter Eggs when you pause the film.