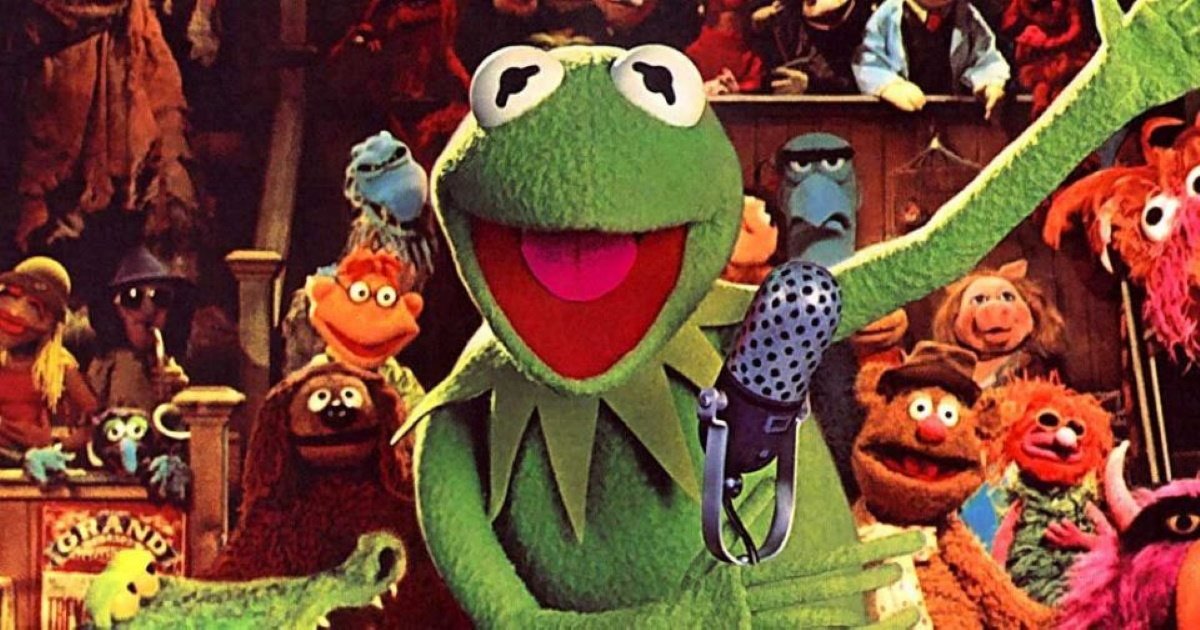 Jim Henson was already a household name for bringing his Muppets to Sesame Street but his ambitions took him in all sorts of directions, from family TV specials to more adult-oriented skits on the first seasons of Saturday Night Live. The Muppet Show is a cheerily wacko combination of all of that: family friendly, full of kooky sight gags and puns, yet slightly off-center in its sense of humor, with a Monty Python-esque way of segueing from one piece to another.

Kermit the Frog takes center stage as producer and master of ceremonies, presiding over the chaos on and offstage with a sardonic sense of moderation amidst the absurdity. Organized by order of production rather than broadcast, it also gives viewers the opportunity to watch the evolution of the characters and style of the show: the voices are unpolished and a bit inconsistent in the early episodes, which is especially noticeable in the classic creations Miss Piggy, Fozzie, and Gonzo, and you can see them master the pacing over the first few episodes.

The series debut (featuring guest star Juliet Prowse) presents the classic “You and I and George” by Rolf the Dog and a new version of the classic “Mna Mna,” which Henson did originally on The Ed Sullivan Show. Ernie and Bert appear on the second episode with Bert dressed in tux and top hat to serenade Connie Stevens in a decidedly non-Sesame Street dance number. My favorite episodes feature guest stars Peter Ustinov (himself somewhat Muppet-like) and Vincent Price, who each establish a unique rapport with the Muppet players, while other first season guest stars include Joel Grey, Rita Moreno, Lena Horne, Ben Vereen, Harvey Korman, Ethel Merman (!), and Mummenschanz.

The star power increased in the second season and so did the chemistry of the Muppet cast, which added Beaker and Link Hogthrob to the ensemble. George Burns kicks off the second season, which includes guests Bob Hope, Elton John, Julie Andrews, Zero Mostel, and Judy Collins. A wild and crazy Steve Martin plays host to a private show, doing his banjo picking and balloon animals for an audience of Muppets, Peter Sellers plays everyone but himself (“there is no real me. I had it surgically removed”), and John Cleese, who cowrote much of the material, complains that the Muppets are too weird even for him but hijacks “Pigs in Space” just the same.

The Muppet Show was produced in England but it became such a favorite in the states that the stars made the trek just to be part of the craziness. Musical guests from Alice Cooper to Helen Reddy to Loretta Lynn to Liberace in Season Three, from Kenny Rogers and Diana Ross to Victor Borge and Dizzy Gillespie in Season Four, and Paul Simon, Joan Baez, Linda Ronstadt, and Johnny Cash in Season Five. Mark Hamill and friends from Star Wars board the “Pigs in Space” sketch in Season Four, which also saw visits from Superman star Christopher Reeve and Wonder Woman herself, Lynda Carter, and more Sesame Street characters make guest appearances, with Big Bird in Season Three and Cookie Monster, Ernie, Bert, Grover, and The Count joining Marty Feldman in Season Five.

Some guests were made for the show. Jonathan Winters is practically a Muppet in his own zany right and Alan Arkin’s deadpan, slow-burn comedy is a great counterpoint to the anything-goes Muppet absurdity (Season Four). And some embraced the madness with gusto. Sylvester Stallone has a blast playing against his image in Season Three (where he gets to sing!) and James Coburn tries to teach Animal meditation in a scene that turns into an East-meets-Western square dance, with Coburn calling the moves with a hearty grin, in Season Five.

It won four Emmy Awards over the course of 120 episodes and five seasons, including wins for best comedy-variety show and best comedy writing.

The Season One DVD set includes the original Muppet Show pilot, which reveals a completely different approach, a kind of hipster show with funky and surreal humor (co-written by Woody Allen collaborator Marshall Brickman), edited in a channel-surfing style. It’s more like the skits Henson did for Ed Sullivan and Saturday Night Live than the bright, energetic approach used for the eventual series. Fozzie, Piggy, and Gonzo are nowhere to be scene and Rolf and Kermit (making a Sesame Street gag) have but cameos. The original “Pitch Reel,” made for advertisers and station managers, is hilarious, executed with the same irreverence as the show, but with a TV insider sensibility. Also features a gag reel of Season One promo spots and an optional “Muppet Morsels” subtitle trivia track for each episode.

The Season Two DVD set includes the DVD debut of the rare 1974 The Muppets Valentines Special (an early pilot for the series) with Mia Farrow, the interview featurette “The Muppets on the Muppets,” and a music video with Weezer and The Muppets.

The Season Three DVD set includes 1969 TV program Muppets on Puppets, the featurette “A Company of Players,” and a collection of Muppet commercials.