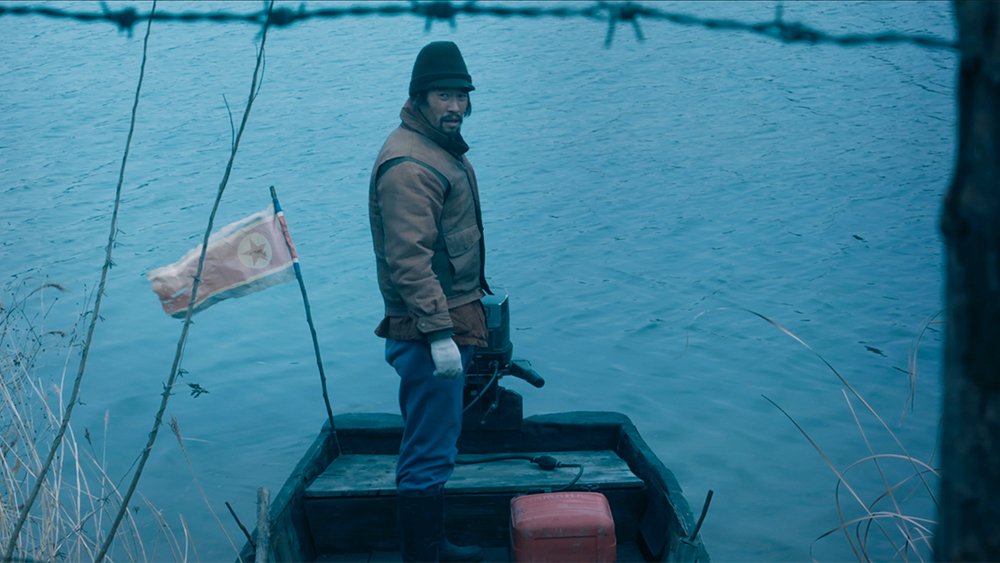 In The Net (Geumul) (South Korea, 2016), a poor, non-political North Korean fisherman (Ryoo Seung-bum) drifts into South Korean waters and the gears of political gamesmanship when his net gets tangled in his motor and he’s picked up and interrogated as a suspected spy. The South Koreans see him as either a brainwashed victim or a North Korean pawn, refusing to believe that his demands to be returned home to his wife and daughter are sincere. North Korea sees him as a public relations land mine. Neither government treats him as a person. He’s merely a political symbol leveraged in a public relations war of media stunts by both countries and each suspect the worst of this non-political man swept up in the political currents.

South Korean provocateur Kim Ki-Duk earned a reputation for making audiences flinch with visceral portrayals of assaults on the flesh (The Isle, 2000) and more insidious portraits of emotional and psychic brutality (Moebius, 2013). Here Kim dials back the physical ordeal (though one overzealous agent campaigns to beat a confession form him) and psychological tricks in favor of his very real anxiety at North Korean retribution for any perceived slip, punishment that his wife and young daughter might suffer.

It’s an intimate, anxious drama in the guise of a political thriller, a portrait of the innocent civilians chewed up in political gamesmanship. Kim doesn’t offer any good guys—he indicts his own government as much as the North Koreans—as he plunges us into the helpless position of a man with no good options, only the least bad.

The film played around the world on the film festival circuit but never received a theatrical or home video release in the U.S., which makes Amazon Prime Video’s streaming presentation its first American release.

Not rated, in Korean with English subtitles.

Also on SVOD through The Net