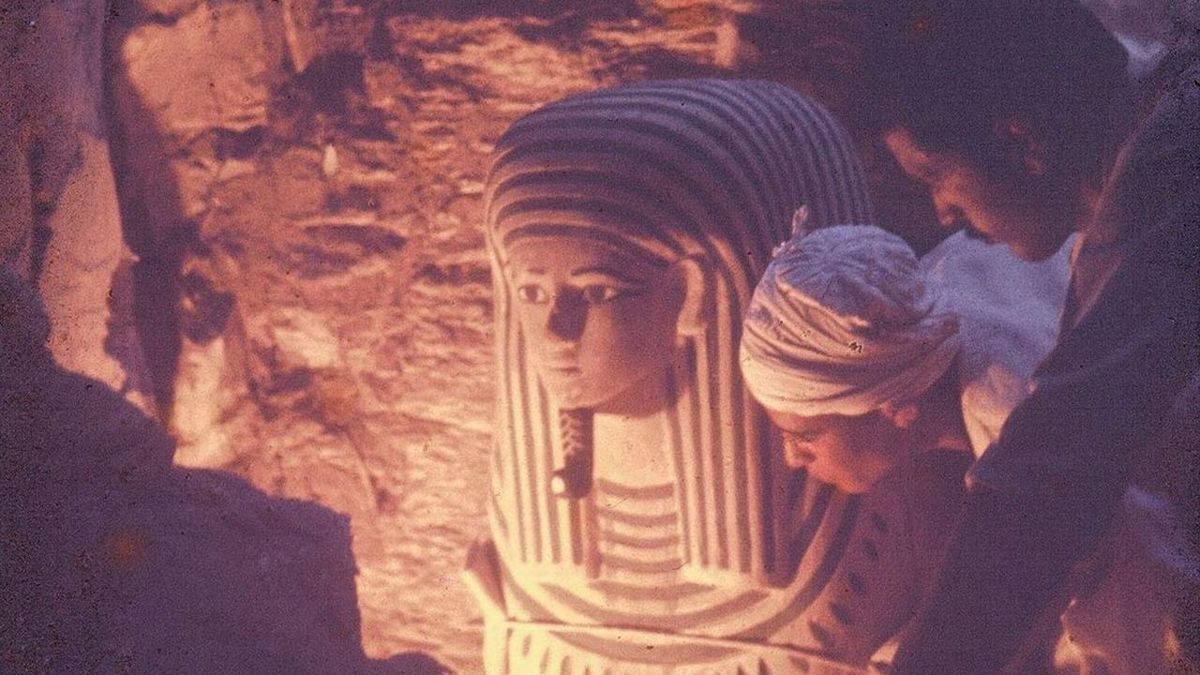 A masterpiece of Egyptian cinema, The Night of Counting the Years (also known as The Mummy) (Egypt, 1969) is inspired by a real-life incident. An isolated mountain tribe in late 19th century Egypt was secretly selling off ancient artifacts from the tombs of the Pharaohs, specifically a cache of mummies hidden in the mountain caves to hide them from looters, which the government discovers after the recovery of one of the treasures.

The film, written and directed by Chadi Abdel Salam and financed with the help of Roberto Rossellini, ostensibly sets the government against the insular tribe, where the elders justify the looting of its own culture to sustain the people (as well as enrich themselves), but it’s the reaction of the young men to this tribal secret that fires the film. They are appalled at the desecration of their ancestors and their refusal to be a part of it marks them as enemies of the tribe. Not an ideal place in such an insular culture.

This is no detective story or an action film. Salam opens and ends the film on hushed processions. At first it appears to be a holy rite but turns out to be the equivalent of a mob ritual conducted in protective secrecy. The final scene is a secular march that takes on the dignity and integrity of religious observance as the dawn breaks and the sun shines an approving light on their mission. These two processions define Salam’s theme of identity, from the tribe in isolation of the first to the national and cultural unity of Egypt in the latter.

The film is measured and stylized, not so much theatrical as constructed in cultural modes of formal conduct. Every conversation is layered in levels of status and respect and power, even when the youth rebels against the traditions of the elders, and director Salam sets them against stark, austere settings, from the blank landscape of the desert to the Spartan surroundings of cave-like rooms dug out of the mountains of this village. The quality of light in the desert scenes is breathtaking, especially in the final minutes, as the dawn breaks and the silhouettes against the sky slowly light up. And while this risky bit of cultural rescue is carried out like a military mission in hostile territory, it is directed like a holy (and non-violent) crusade, an Egyptian answer to a Bressonian cinema of simplicity and grace.

It was restored under the aegis of The World Film Foundation, the international incarnation Martin Scorsese’s The Film Foundation, with the support of the Egyptian Ministry of Culture in 2009.

In Egyptian with subtitles.

Sadly, it is currently unavailable on home video.