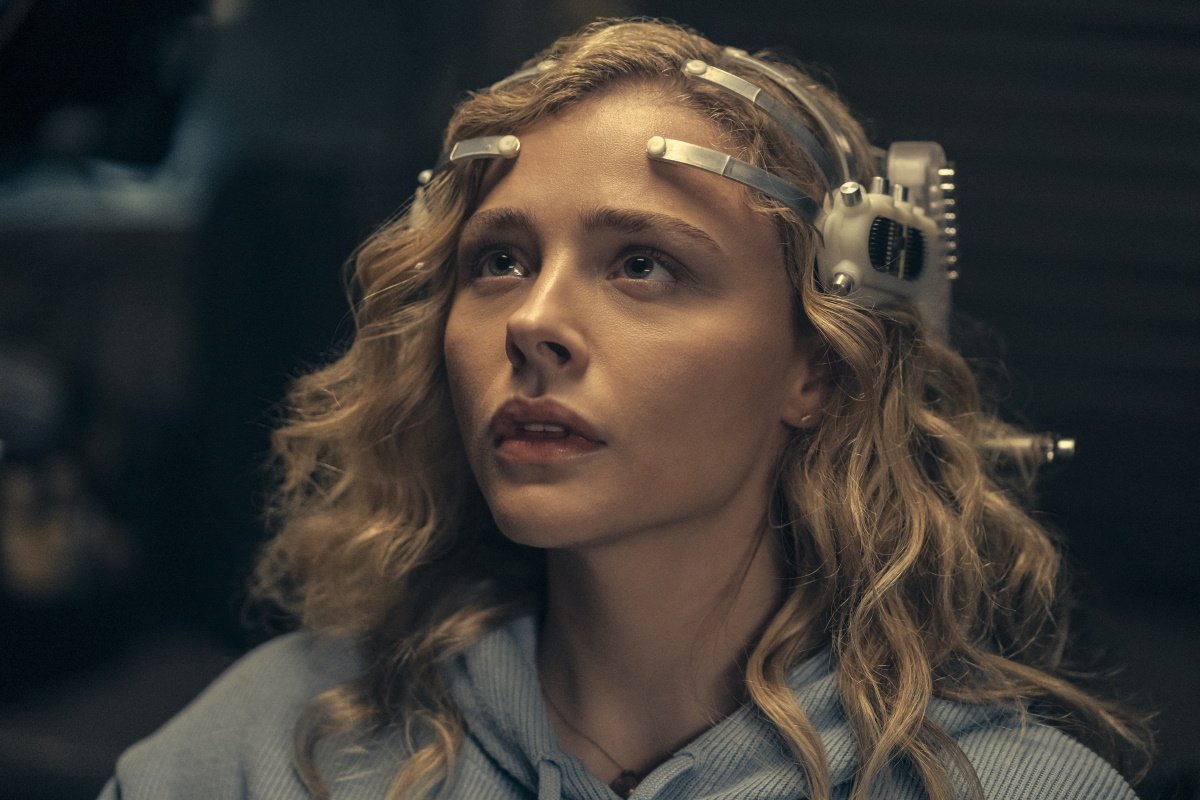 Siblings who make extra money playing “sims” for wealthy video game players get caught up in a conspiracy when a beat-test of a new sci-fi game turns out to be a real-life military mission in “The Peripheral: Season 1” (TV-MA). Chloe Grace Moretz stars as the sister who ends up operating a drone sent to obtain classified information that makes her and her brother (Jack Reynor) targets. It’s adapted from the William Gibson novel by showrunner Scott B. Smith and produced by “Westworld” creators Jonathan Nolan and Lisa Joy. New episodes on Fridays. (Prime Video)

Six years after the end of the fourth season, “Inside Amy Schumer” (TV-MA) returns for a new season of sketch comedy from creator and star Amy Schumer. Two episodes available, new episodes on Thursdays. (Paramount+)

Ewan McGregor and Ethan Hawke are “Raymond and Ray” (2022, R), half-brothers reunited at the funeral of their abusive father, where their efforts to put the past to rest only dredges up new complications. Filmmaker Rodrigo Garcia brings a sense of humor to his offbeat family drama as the brothers struggle with the scars of their childhood to find a new way forward. Maribel Verdú and Sophie Okonedo costar. (Apple TV+)

International pick: “Argentina, 1985” (Argentina, 2022, R, with subtitles) tackles the unprecedented civilian prosecution of military leaders for their brutal crimes against citizens during the right-wing dictatorship. Ricardo Darín and Peter Lanzani star as the real-life prosecutors in the underdog drama, which won a top prize at the Venice Film Festival. (Prime Video)

Brad Pitt headlines the comic action thriller “Bullet Train” (2022, R) as an assassin trying to embrace peace while on a mission that pits him against a lethal collection of killers on a fast-moving train. On VOD, also on DVD and at Redbox.

Zoe Saldana stars as an American in Italy in “From Scratch” (TV-MA), a limited series romantic drama based on the memoir by Tembi Locke.

An undercover cop (Joel Edgerton) tries to befriend a murder suspect in the Australian thriller “The Stranger“ (2022, TV-MA).

True stories: “Descendant“ (2022, PG) looks at the legacy of the final slave ship in the U.S. after ship’s remains were discovered off the waters of Alabama. It won the Jury Prize at Sundance.

International TV: the limited series “Notre-Dame“ (France, TV-14, with subtitles) dramatizes the impact of the 2019 fire of Notre-Dame on Paris firefighters and citizens. Roschdy Zem, Caroline Proust, and Simon Abkarian star in the series, inspired of true accounts from French firefighters. Also new:

An advertising executive (Jemima Rooper) crumbling under pressure returns to her rural home and estranged mother (Kate Dickie) to find a dark secret in the folk horror film “Matriarch” (2022, TV-MA).

A blind veteran (Stephen Lang) turns the tables on three teenage home invaders who break into his home in “Don’t Breathe“ (2016, R).

An Aboriginal detective follows a case back to the home she left decades ago in the Australian mystery “True Colours: Season 1“ (not rated). (AMC+ and Sundance Now)

The 29 films in the “’80s Horror” collection offers a terrific range of films, from Paul Schrader’s erotically-charged remake of “Cat People“ (1982, R) and John Carpenter’s “Prince of Darkness“ (1987, R) to offbeat cult movies “Basket Case“ (1982, not rated) from Frank Henenlotter and “Society“ (1989, R) from Brian Yuzna to such international horrors as Dario Argento’s “Inferno“ (Italy, 1980, R) and Shinya Tsukamoto’s cyberpunk nightmare “Tetsuo: The Iron Man“ (Japan, 1989, not rated, with subtitles).

“Earwig“ (2021, not rated), the latest surreal fantasy from filmmaker Lucile Hadzihalilovic, follows the ordeal of a 10-year-old with ice for teeth.