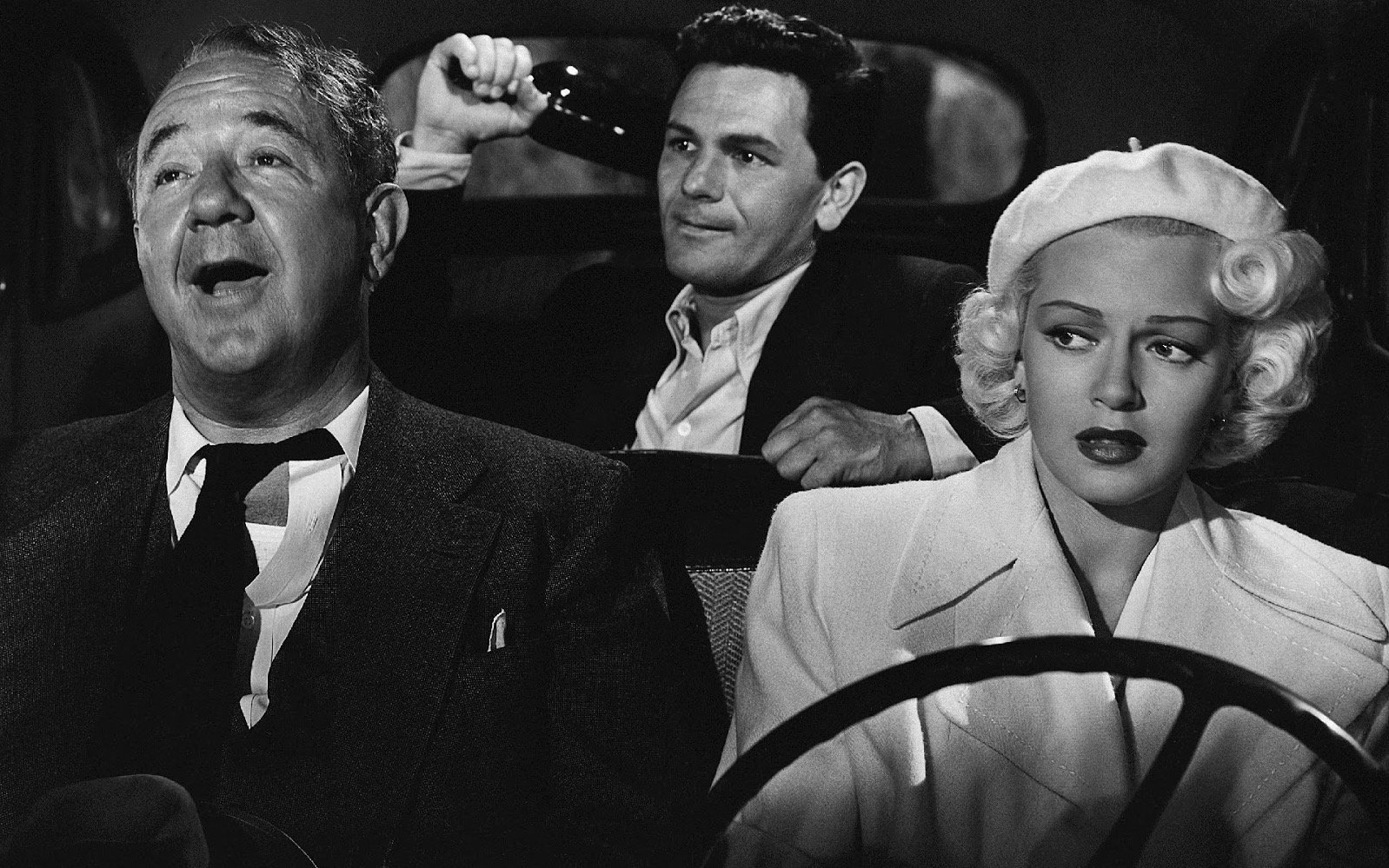 Lana Turner makes her entrance as a vision in white in her most famous role as the femme fatale in The Postman Always Rings Twice (1946), the original film version of James M. Cain’s sultry crime classic.

The restless platinum blonde is luminous as she insolently steps into the film and raises the temperature of the room when she locks eyes with the scrappy, swaggering Frank Chambers (John Garfield), a handsome drifter who blows through the door of the rural roadside dinner run by her sweet but dull lug of a husband (Cecil Kellaway).

Produced for MGM, it’s the glossiest film noir ever made and director Tay Garnett and cinematographer Sidney Wagner bring a soft focus glamor to the rural setting and rustic roadhouse. It sets it a little apart from the other film noirs of the period. And being 1946, Garnett can do little more than suggest the adulterous shenanigans these two are up to behind the cuckolded husband’s back. Their libidinous desires burn up the screen nonetheless and their wicked plot to do the lug in is charged with excitement and guilt.

Garfield is great as the smart talking but sincere loner whose lust turns to love and Turner radiates repressed sexuality and uncontrollable (and unrequited) passion that finds salvation in Garfield. A cold Hume Cronyn is there as the heartless, calculating lawyer, a chilly, conniving character that only increases our sympathy for the murderous couple.

It was remade in 1981 with Jack Nicholson and Jessica Lange in the lead. Without the constraints of the production code, director Bob Rafelson and screenwriter David Mamet hewed more closely to the novel and were able to show what the original could only suggest. What they don’t manage to recapture is the smoldering intensity that Garfield and Turner deliver even with those restrictions.

The Blu-ray and DVD feature the hour long documentary The John Garfield Story, narrated by daughter Julie Garfield, and an introduction by film historian Richard Jewell.