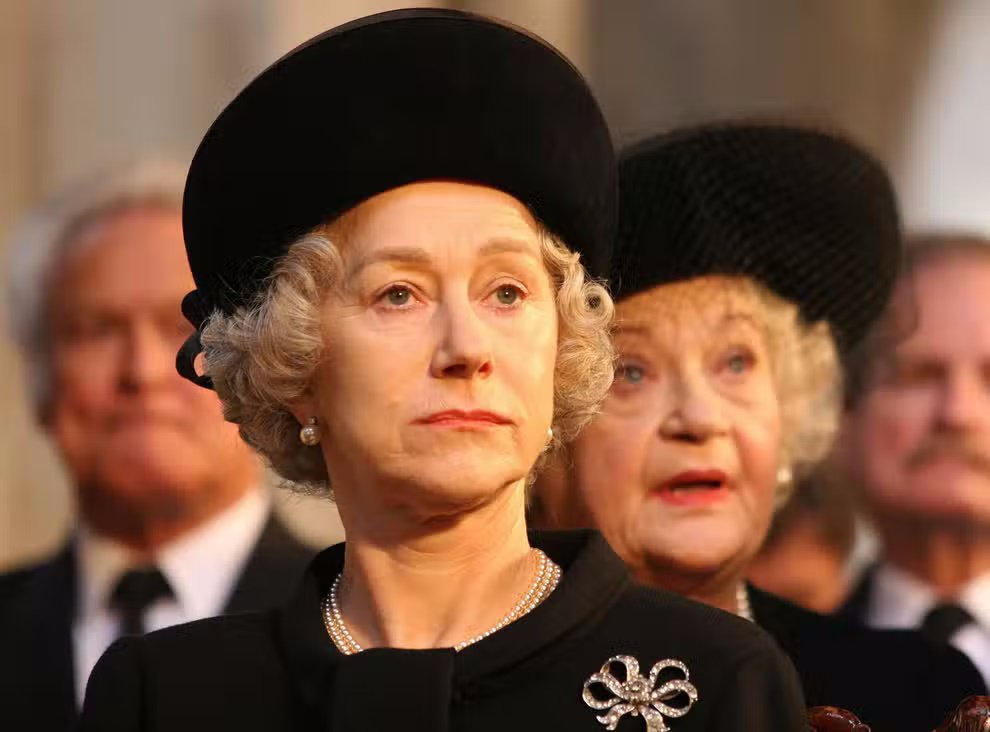 Helen Mirren, acting royalty in her own right, earned a well-deserved Oscar for her portrayal of Queen Elizabeth II in The Queen (2006).

It’s 1997 and Tony Blair (Michael Sheen) is the newly elected Prime Minister arriving with a mandate to bring change. While the monarchy is essentially a symbolic institution, the Queen is the keeper of the royal protocol and tradition while the Labor Party rode to power with a promise of reform and modernization. Blair is determined to break down barriers of privilege and nobody is more privileged than the royal family.

And then Princess Diane is killed in Paris.

While the country mourns “the people’s princess,” the royal family remains silent, even resentful of the attention paid to Diane. It’s not merely animosity that Elizabeth and husband Prince Philip (James Cromwell) feel toward Diane for betraying the royal code with scandalous behavior (itself enough of an affront to a woman who sacrificed her own personal identity to play the role her country needed). It’s her inability to imagine breaking precedent of decades of regal behavior and emotionless diplomacy in the face of her people’s need for a show of respect.

At the center of the story is the relationship between Elizabeth and Blair and Stephen Frears compassionately directs the awkward relationship between the informal Blair and the proud but dedicated Queen. Mirren is poised and cool as she plays the royal figurehead and in some ways suggests a woman who has given up on a private life. Her most intimate moments are unseen by anyone, even family.

Sheen, by contrast, is open and easy-going, a politician as man-of-the-people who stepped into office with an anti-Monarchist agenda yet is personally rather awed by the royal family and the Queen in particular. In this look at history, it is Blair who sees the need for the Queen to help the nation heal and he helps her (despite her chilly reticence) win back the love of her people.

The original screenplay is by Peter Morgan, who has since become the unofficial dramatist of the monarchy under Queen Elizabeth II. He followed the film with a play “The Audience,” which debuted with Mirren reprising her role as Elizabeth, and the hit series The Crown.

In addition to Mirren’s Oscar, it was nominated for five additional awards (including best picture, director, and screenplay) and it won BAFTAs for best film and for best actress Mirren, who earned awards from dozens of organizations.

, iTunes, GooglePlay and/or other services. Availability may vary by service.
The Queen [Blu-ray]

Blu-ray and DVD features a wry, somewhat sleepy commentary by Stephen Frears and screenwriter Peter Morgan that is very British, right down to all the subtlest of protocol “gags” that they lament no one ever gets. British historian, royal expert and consultant Robert Lacey provides a kind of lecture in his commentary, which is focused on historical context and a scene-by-scene breakdown of royal protocol and private lives. The 20 minute “The Making of The Queen” follows suit with a quietly modest look at the responsibility to framing and dramatizing recent history.