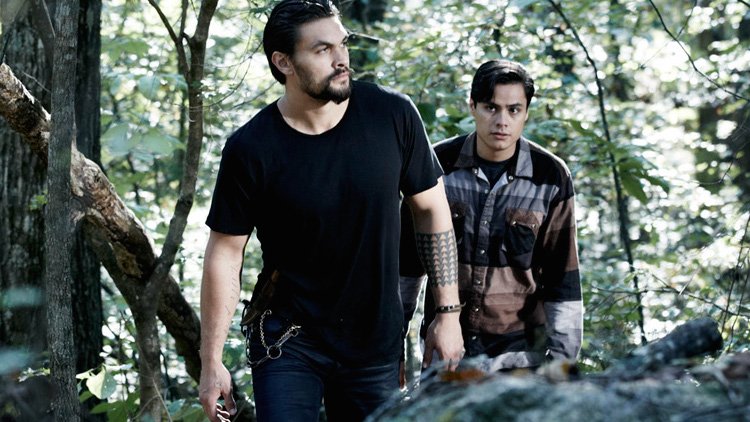 The Red Road: Season 2 (2015) builds on the community built in the first season of the Sundance original series while expanding into other (perhaps too many) stories. Set a years after the events of Season One, it stars Martin Henderson as the police officer Harold Jensen, who is promoted to chief over the course of the season, and Jason Momoa as ex-con Phillip Kopus, who returns to the reservation after taking the fall for Jensen’s crimes (and his own drug dealing past) and tries to protect his mother (Tamara Tunie), a dedicated tribal elder, after the chief is murdered and a rival tribal chief (who happens to be her ex-husband) pressures her to put a casino on their newly-anointed sovereign land.

There’s a lot going on, too many threads in fact, and it tips from gritty realism and socially-conscious drama to big melodramatic stories, but the tense relations between the white population of a rural New Jersey town and the Native American tribe (which finally receives federal recognition this season) on the reservation lands nearby provides drama well worth the commitment to the show. Henderson’s cop, who seemed tipped on the edge of disaster in season one, finds his moral core this season and it doesn’t always land as he expects, while Momoa’s Kopus finds that despite his intention to go straight, the skills he picked up in his previous life prove very useful when his family is in trouble. And the discovery of a decades-old conspiracy that has poisoned the land promises to push the show back from political cover-ups and Native American gangster drama into the kind of drama the show does best.

All six episodes of the second season available, plus the superb (and superior) first season of the show.