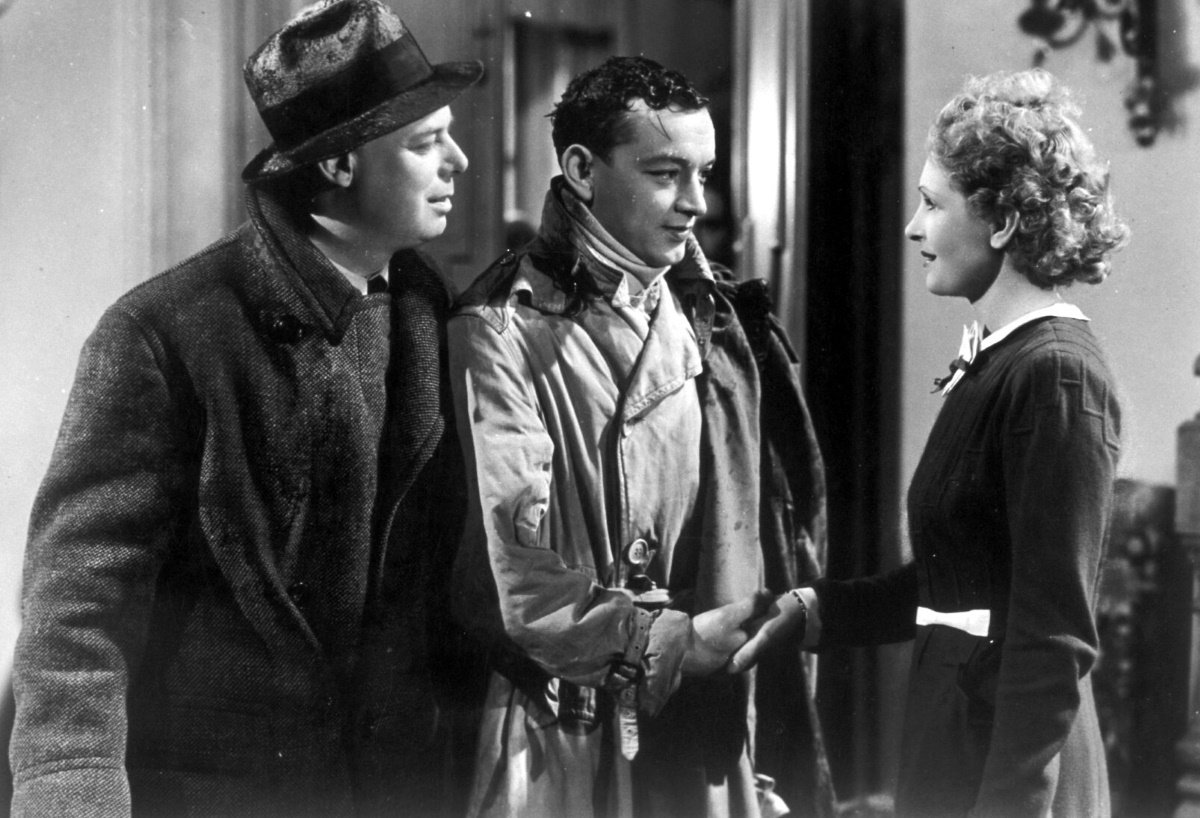 The Rules of the Game (France, 1939), the last film that the great filmmaker Jean Renoir made in France before fleeing the Nazi invasion for the United States and Hollywood, has been proclaimed as one of the greatest films ever made by critics worldwide for decades.

It begins with a young aviator (Roland Toutain) who, having completed an historic flight, commits a serious social faux pas and alludes to an affair with a married society woman on national radio. To avert a scandal, the cultured Robert de la Chesnaye (Marcel Dalio), husband to the aviator’s mistress Christine (Nora Gregor) and a philanderer in his own right, invites all to a weekend hunting party in his country mansion.

Set in the dying days of the 1930s, as the Third Reich cast a long shadow over a seemingly impotent France, it is at once a savage social satire and a compassionate comedy of manners with a sour undercurrent. Renoir combines the contours of a sophisticated bedroom comedy and a slapstick sex farce (as played out in the parallel romantic triangles among the civilized guests and the less restrained servants) with a caustic view of class and the social code of manners and behavior – the “rules of the game” of the title – as played in a microcosm of French society.

The frivolous high-society guests obliviously play, hunt (the scene is more slaughter than rabbit hunt, and it’s just as cruel and meaningless today), and fool around in a weekend in the country hosted by a bloodless, bored, philandering aristocrat. The film builds to a comic pitch with the hilarious performance of Julien Carette as a rabbit poacher turned groundsman and Renoir himself takes a pivotal role as the jolly go-between and mediator, the eternal houseguest who becomes soured by the game when he realizes how hollow and meaningless it all is. These foolish folk may be driven by their hearts, but when faced with the consequences of their actions they fall back on the learned instinct of social codes and proper decorum. The famous catch-phrase, “Everyone has his reasons,” transforms from a statement of tolerance to an apologist’s impotent excuse by the tragic conclusion.

The bittersweet treatment of the characters doesn’t skimp on the bitter, but there is also a measured compassion for them, a formal beauty to the film’s construction and a graceful handling of the ensemble as the characters change partners and dance without skipping a step. Renoir’s direction is fluid and organic, a result of his improvisational approach to staging and his own rewriting during shooting as the characters defined themselves on the set, and he weaves the storylines and criss-crossing characters with such effortlessness that it never feels contrived. He has a weary affection for these shallow creatures and the film ends not so much with condemnation as disappointment, which is much more devastating. That mix of poetic realism, social satire, sophisticated high-society drama and slapstick farce may capture a particular place and time, but the human story is timeless.

Audiences of the day rejected this portrait of French society with a vengeance. Perhaps, as Renoir mused later, it was too perceptive and they didn’t like seeing themselves revealed so nakedly on the screen. Or perhaps, all the anxiety of war hanging over them, people were in no mood to acknowledge the failings of their own culture. Whatever the reason, the film was routinely booed at screenings, withdrawn and reedited, ultimately losing about half an hour of footage, and finally banned by the government. Renoir was devastated.

In 1959, two young film technicians uncovered a cache of heretofore lost reels of negatives and film footage and (with the blessing and guidance of Renoir) reconstructed the original cut of the film. Renoir said that their work was only missing one unimportant scene. When the restored version was screen for audiences two decades after its original release, it was declared a rediscovered masterpiece.

It placed in the number 13 spot in the 2022 Sight & Sound Greatest Films of All Time poll.

Add to My List on Criterion Channel or stream free on Kanopy, which is available through most major public and college library systems.

The Criterion Collection released the film in a special edition on Blu-ray and DVD in 2011. It features a commentary track written by film scholar Alexander Sesonske and read by filmmaker Peter Bogdanovich, plus select scene commentary by Renoir historian Christopher Faulkner. Faulkner also contributes very effective video comparisons between the cut version and the 1959 reconstruction and a more detailed comparison between the endings of the two versions, offers in-depth analyses of two scenes, and provides an interview on the production history. There are also contemporary interviews with set designer Max Douy, Renoir’s son, Alain, and actress Mila Parély.

Among the archival supplements are an introduction to the film by Jean Renoir (which he filmed in the sixties for a television showing of the film), an episode from the 1966 French TV documentary series Jean Renoir le Patron (directed by Jacques Rivette and featuring interviews with Renoir and actor Marcel Dalio), the first part of David Thompson’s 1995 BBC documentary Jean Renoir, and archival interviews with Jean Gaborit and Jacques Durand (who reconstructed the film in 1959), plus a booklet with essays, archival articles, and tributes.