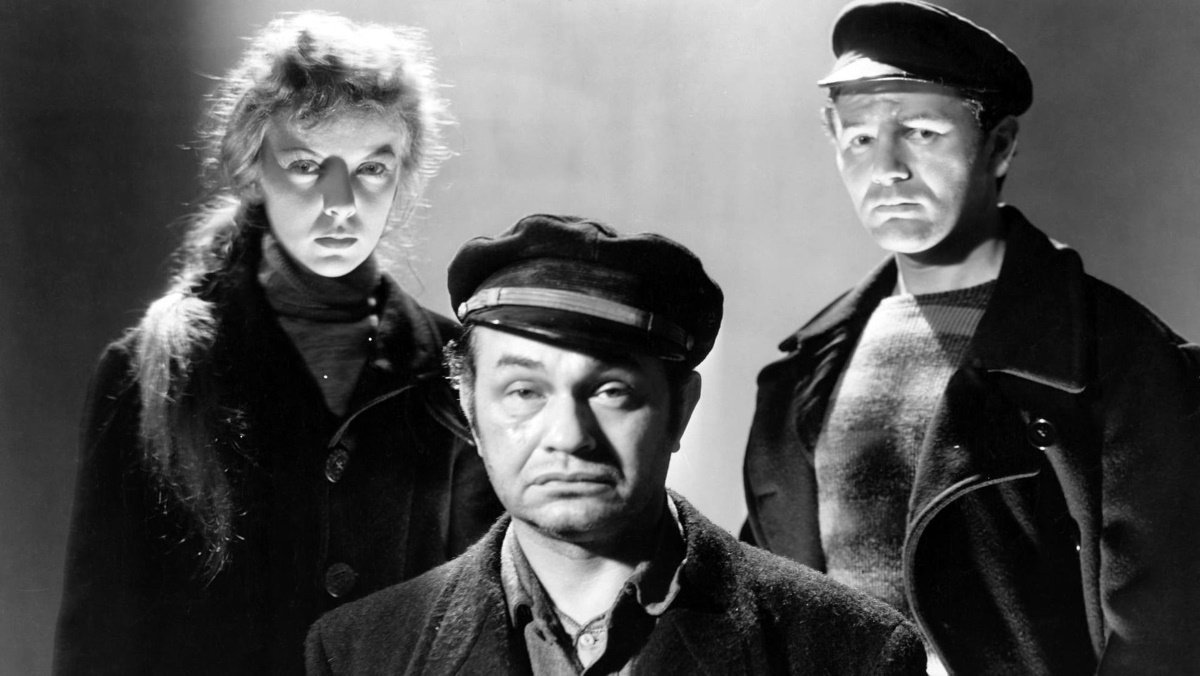 Edward G. Robinson plays Captain Wolf Larsen, the sadistic captain of The Ghost, in The Sea Wolf (1941), the most famous and the most gripping film version on Jack London’s novel. Even if it does take some liberties with London’s dark nautical thriller.

Alexander Knox plays writer Humphrey Van Weyden, a meek, cultured man who is picked up at sea by The Ghost and tormented by Larsen, who delights in “teaching” his lessons in human cruelty. He’s the protagonist of London’s novel but is somewhat overshadowed in the film by a pair of characters created for two of Warner Bros.’s rising stars. Ida Lupino plays an escaped convict saved by Larsen from a shipwreck, and John Garfield is a wanted man who takes a job as a crewman to escape the San Francisco police. Thanks to screenwriter Robert Rossen, their story is as compelling as London’s original battle of wills between Larsen, and Van Weyden.

The Ghost is “the foulest ship in creation,” cackles Cookie (Barry Fitzgerald), the shifty ship informant, and the experience lives up to the hype. Larsen is an intellectual surrounded by miscreants who enjoys tormenting his crew as a way of proving his superiority and Robinson’s dark, fierce performance makes him something of a demon in human form. Cookie is a thief and a stoolie who rats out his fellow sailors with a malevolent grin. There’s no loyalty here, and even less human compassion, thanks to Larsen, a pillager and a pirate on a gruesome mission of vengeance.

As directed by the great Michael Curtiz, the top director at Warner Bros. (he made, among many others, Casablanca, The Adventures of Robin Hood, and Yankee Doodle Dandy), it plays like a nautical noir, from misty opening in the dive bars of San Francisco’s waterfront to the haunted house of a ship that snuffs the hope of all who board it. The deep shadows of the cabins and near-perpetual fog that envelopes the ship creates a claustrophobic atmosphere on the open sea.

The film was cut by 14 minutes for a theatrical rerelease in 1948 and until recently this edited cut was the only existing version of the film. The missing footage was restored in 2017.

Also on Blu-ray and DVD and on SVOD through Amazon Video, iTunes, GooglePlay, Vudu and/or other services. Availability may vary by service.
The Sea Wolf [Blu-ray]
The Sea Wolf [DVD]