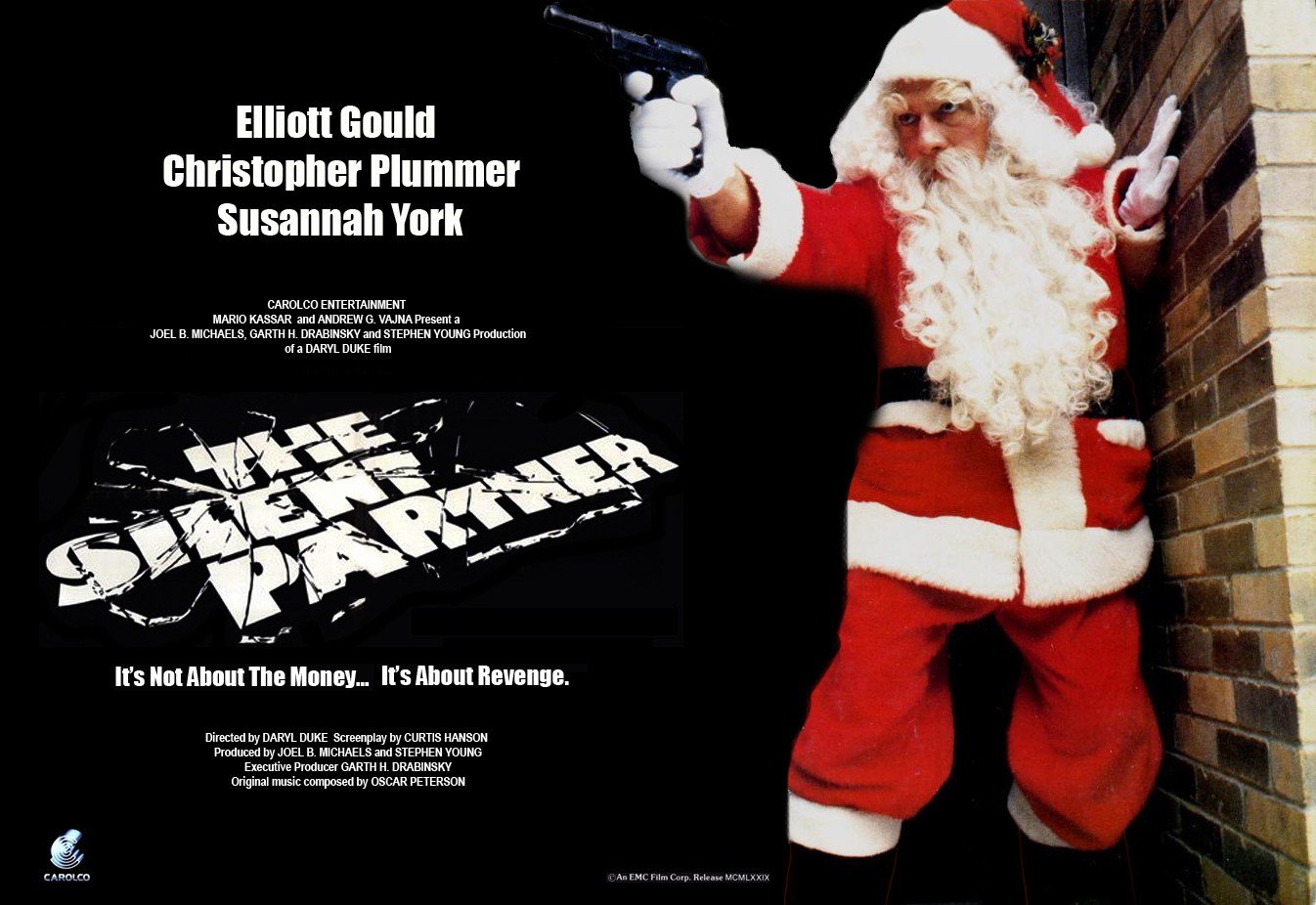 The twist of the ingenious crime drama The Silent Partner (1978) comes early in the film.

Miles (Elliott Gould), a teller in a mall bank during the busy Christmas season, figures out that the suspicious Santa (Christopher Plummer) is casing the branch for a robbery. So he plots his own heist, stealing money that will blamed on the robber, and gets away with it… until the thief tracks him down and demands the rest of the money. It becomes a battle of wits as the thief terrorizes Miles and he responds with chess-like maneuvers as the stakes rise.

It’s a smart, well-plotted tale scripted by future Oscar-winner Curtis Hanson, adapted from the Danish novel Think of a Number, but as a thriller it can get slack at times. Canadian filmmaker Daryl Duke doesn’t handle the tension well as the stakes escalate. He is, however, terrific with the actors and their characters.

He gives Gould room to bring fun touches to the easy-going teller emboldened by his successful caper, driving him both to rise the challenge of the cold-blooded killer after him and to court the beautiful loan officer (Susannah York) he works with. And he helps Plummer turn Reikle, the savage Santa, into a gleefully brutal character, a violent thief with a sadistic streak who enjoys the chase too much.

Set and shot in Toronto, it costars John Candy in an early screen appearance and French-Canadian actress Celine Lomez as a sexy love interest with an ulterior motive. The original score is by jazz legend Oscar Peterson. It earned solid reviews and won three Canadian Film Awards.

, iTunes, GooglePlay, Fandango, Vudu and/or other services. Availability may vary by service.
The Silent Partner [Blu-ray]