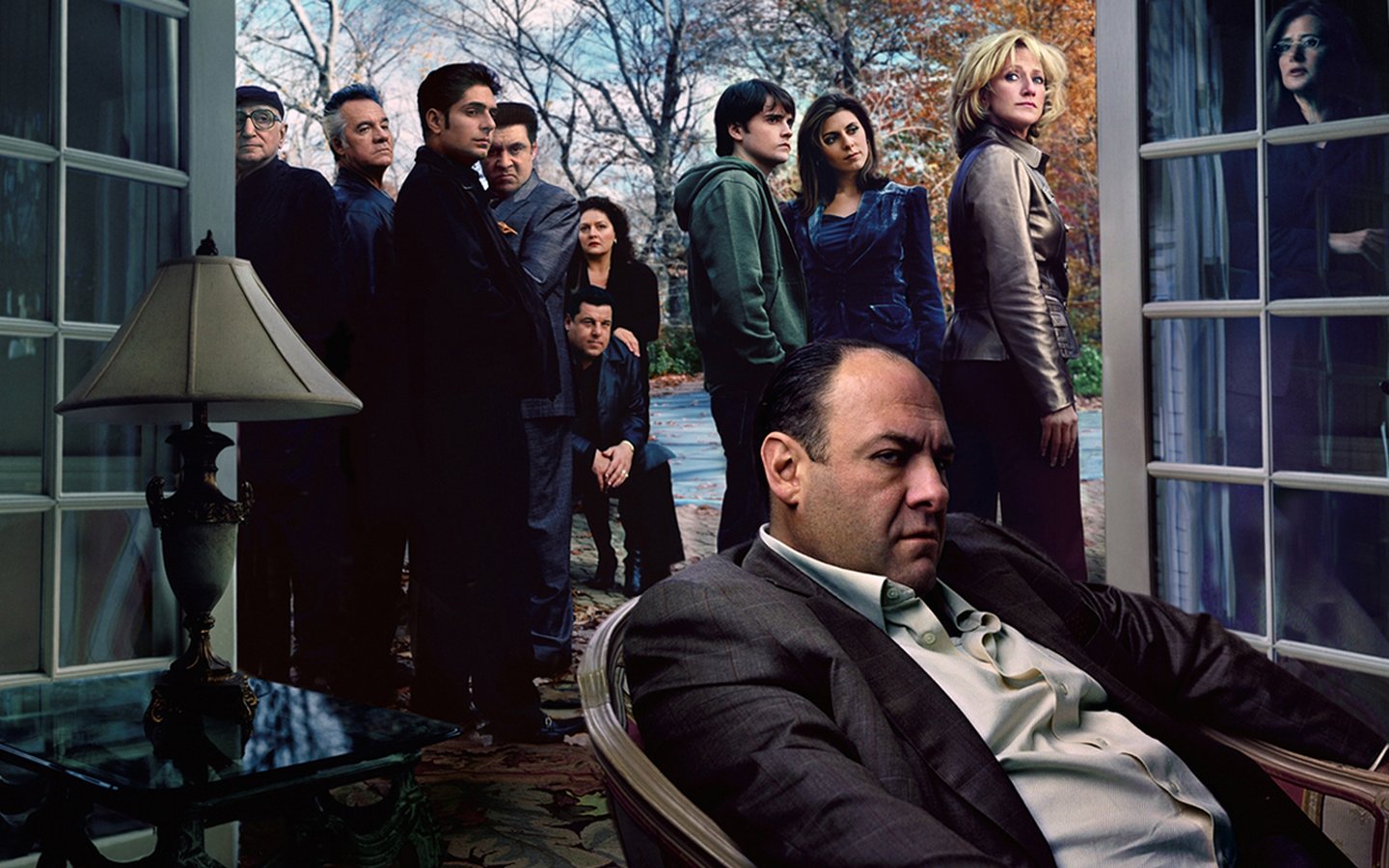 The Sopranos debuted on HBO in January of 1999 and changed the television landscape forever. More than simply “The Godfather Sees a Shrink,” the brilliant made-for-cable drama gave “family crisis” a whole new meaning and television drama a new sophistication.

Emmy winner James Gandolfini’s Tony Soprano, a blue collar guy in an upper-middle class neighborhood, battles panic attacks and assassination attempts as he juggles two families: his wife (Emmy winner Edie Falco), kids, and bitter, emasculating mother (a brilliant Nancy Marchand, who died after the filming the second season), and the New Jersey mob. Lorraine Bracco is the therapist who tries to helps Tony balance a middle class existence and a violent criminal lifestyle and ends up uneasy about her relationship to Tony as she finally understands the depth of his criminal activity.

The first season turned into a cultural phenomenon and the highest rated HBO original series ever. The second season introduced David Provall as Ritchie Apprio, the angry, unstable mobster who bristles under Tony’s leadership and clashes with the family in his rogue activities. After the melodramatic rollercoaster of the second season, season three simmers with troubled allegiances, complicated relationships, and the devastating effects of the family business on the conflicted emotions of the Soprano children and mob wife Carmella, who struggles with her inherent complicity in Tony’s job.

By the end of the six-season run, Tony and the New Jersey mob goes to war with the New York mob in the wake of a leadership vacuum, wife Carmella comes to terms with the realities of being a mob wife, Tony’s nephew and heir-apparent Christopher (Michael Imperioli) makes a dramatic exit, and creator David Chase ends it all on a finale that evocatively proclaims that the mob life will never afford the Soprano family closure. The end thrilled, impressed, frustrated, and enraged viewers. American couldn’t stop talking about it and parodies sprouted across the media spectrum, not the least of which was a Hillary Clinton campaign spot!

Written with a marvelous ear for language and a sharp sense of character, The Sopranos made full use of the no holds barred opportunities of cable with shocking violence, casual sex, and epithet laced gangster-speak. But more importantly, it dropped the gangster drama into the modern world with intelligence and insight: these are mobsters whose lore is informed by the movies as much as by history. This series didn’t so much change the face of television as it showed what was possible. Shows as disparate as The Shield, Six Feet Under, Mad Men, The Wire, Boardwalk Empire, and Breaking Bad owe their existence to the creative energy and cultural embrace of The Sopranos and for that alone the show earns its place in the pantheon of American television landmarks.

It won 21 Emmy Awards and 111 nominations, and it won for best drama series twice, becoming the first pay cable series to ever win the top award.

, iTunes, GooglePlay and/or other services. Availability may vary by service.
The Sopranos: The Complete Series [DVD]

The complete 86-episode series, from the panic attack that opens the show to the abrupt ending, is collected in series box sets on Blu-ray and DVD on 28 discs in seven cases (one for each season, with Season 6 split into two parts, as it was originally released on disc) plus an eighth slimcase with a disc of substantial interview features: “Defining a Television Landmark,” a roundtable discussion with creator David Chase, executive producer Brad Grey, producer Ilene Landress, filmmakers Steven Soderbergh and Andrew Dominick, actor/writer Michael Imperioli, critics Elvis Mitchell, Dorothy Rabinowitz and David Bianculli, and professor Paul Levinson; two sessions of “Supper with The Sopranos,” with Chase discussing the show over a meal with (in part one) producer / writer (and future Boardwalk Empire creator) Terence Winter, director Allen Coulter, and actors Dominic Chianese, Rober Iler, and Aida Turturro, and (in part two) executive producer / writer (and future Mad Men creator) Matthew Weiner, producer Ilene Landress, director Alan Taylor, actor / music advisor Steven Van Zandt, and star Edie Falco; and “An Interview with David Chase,” a one-on-one conversation with Alec Baldwin, who desperately wanted Chase to create a role for him on the show.

The supplements from previous Blu-ray and DVD releases of the seasons are also all intact, including Peter Bogdanovich’s interview with Chase, a discussion of the music with Chase, Steven Van Zandt, and Dominic Chianese, and commentary on 25 episodes by various members of the cast and crew.