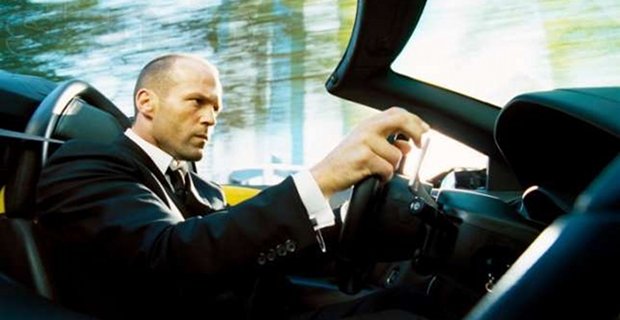 Luc Besson, the rather pretentious yet stylish purveyor of high concept action cinema born in France, found his true niche when he created his own production company and turned into an action mogul.

His pictures are generally swift and sleek and sometimes silly and he’s ably filling the gap left by the low budget purveyors of exploitation cinema that went straight to video in the last decade. His films are by no means cheap — their production values are modest nest to the Fast and Furious franchise films but they look good and they move with style — they just don’t lavish lots of digital excess. Most of the stunts are practical.

The Transporter (2002), one of the best, starts like one of those BMW film/ads that Clive Owen starred in a decade ago. This time it’s Jason Statham as a strong, silent professional driver with a strict set of rules, and then goes the way of all tough guy thrillers when he breaks his own rules, gains a conscience, and takes on the bad guys who hired him. Hong Kong starlet Shu Qi, all girlie smiles and sunny sexiness, is the “package” who falls for her savior and champion.

The film carries two director credits: Cory Yuen, a martial art choreographer extraordinaire turned director, and Louis Leterrier, who Besson promoted from production assistant and assistant director into the filmmaker’s chair with this film. I imagine Leterrier took on shaping the tone, the sleek look, and the cool calm of a hardass hero while Yuen surely choreographed the action, constructing the film in long action scenes that cascade into one another—the style that Hong Kong cinema used to be so good at. Which is great, because the story is silly drive-in junk… which, in a way, is part of the charm.

Available on disc and SVOD through Amazon Video

and other services. Availability may vary by service.
The Transporter: Special Delivery Edition [DVD]