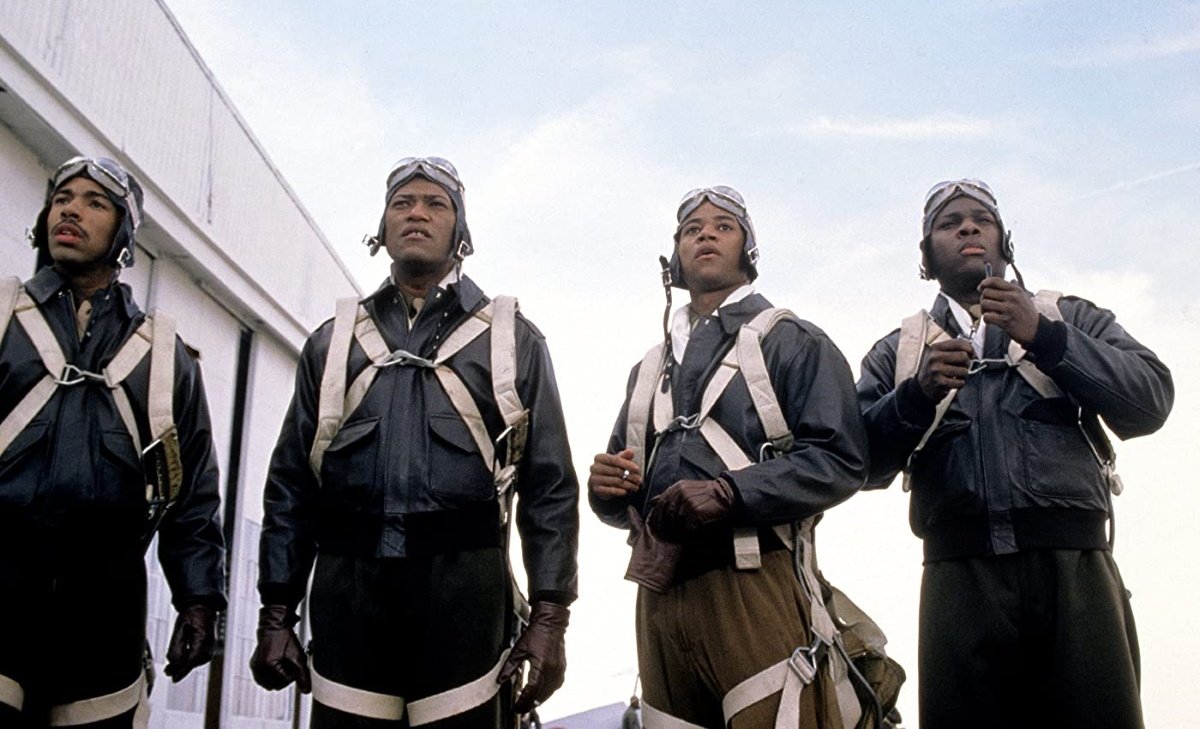 The story of the Black fighter pilots who broke the color barrier in the American Air Force during World War II was finally acknowledged on the screen in 1995. It was a long time coming.

Produced for HBO, The Tuskegee Airmen (1995) is the story of the only Air Force squadron of World War II made up of African-American pilots, one that was left out the history books for a long time. Laurence Fishburne stars as Hannibal Lee, a proud, solemn Iowa born man, and Cuba Gooding Jr. is city kid hipster Billy Roberts. They meet en route to Tuskegee Air Force Base, where they are among the recruits for an “experimental” program to “prove” the abilities of the Black man in American services.

Fighting prejudice from racist officers and government officials and held to a consistently higher level of performance than their white counterparts, these men prove themselves in training and in combat, many of them dying for their country in the process. Andre Braugher costars as a West Point graduate who takes charge of the unit in Africa and in Italy, where it’s christened the 332nd.

It’s rousing, if slow starting and episodic, but the drama is periodically grounded by a host of war movie clichés that tend to undercut the film. The real story of the squadron is more impressive: high casualties for the enemy, low casualties among themselves, and no losses among the bombers they escorted. The Emmy nominated performances by moral backbone Fishburne and dedicated Braugher and the energy and cocky confidence of Gooding give their battles both on and off the battlefield the sweet taste of victory.