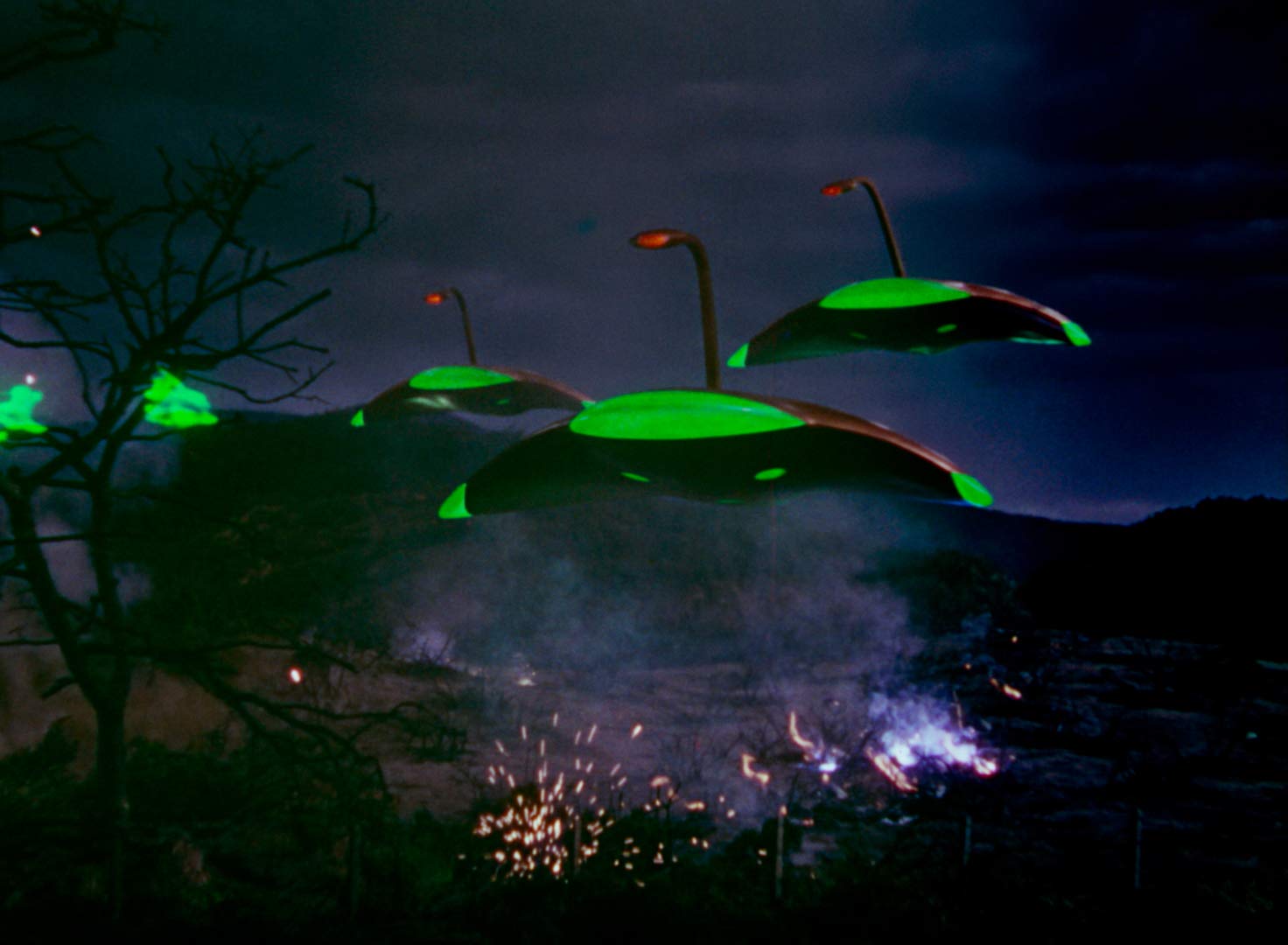 The War of the Worlds (1953), the original big screen adaptation of the H.G. Wells classic is an impressive Technicolor disaster film with Oscar winning special effects and a memorable visualization of the Martian invaders in sleek ships with tentacled eyes that destroy everything in its path in a shower of sparks.

Gene Barry is the stalwart scientist who just happens to be camping near where the first meteor hits California and Ann Robinson the daughter of a minister turned love interest when they hide-out from the marauding ships.

Produced by George Pal and directed by Byron Haskin, its era shows through in studio-bound sets and wires on the ships, but also in the saturated colors and the stunning physical spectacle of cities in ruin, images that recall the aftermath of World War II in Europe. And the ending, true to the novel, is as chilling as it is triumphant: while human ingenuity fails in the face of invasion, simple evolution saves the day.

Robert Cornthwaite, who made his debut playing a science fiction movie scientist in the original The Thing, is the voice of scientific reason once again, and Les Tremayne leads the military response as Major General.

The landmark special effects won the Academy Award and the film was added to the National Film Registry in 2011.

The Criterion Collection Blu-ray and DVD release presents a 4K digital restoration with an alternate 5.1 surround soundtrack created by sound designer Ben Burtt and features commentary from 2005 featuring filmmaker Joe Dante, film historian Bob Burns, and author Bill Warren, new and archival featurettes, an audio interview with producer George Pal from 1970, the legendary Mercury Theatre on the Air radio adaptation of The War of the Worlds from 1938, directed and narrated by Orson Welles, and a radio program from 1940 featuring a discussion between Welles and H. G. Wells, plus a booklet.